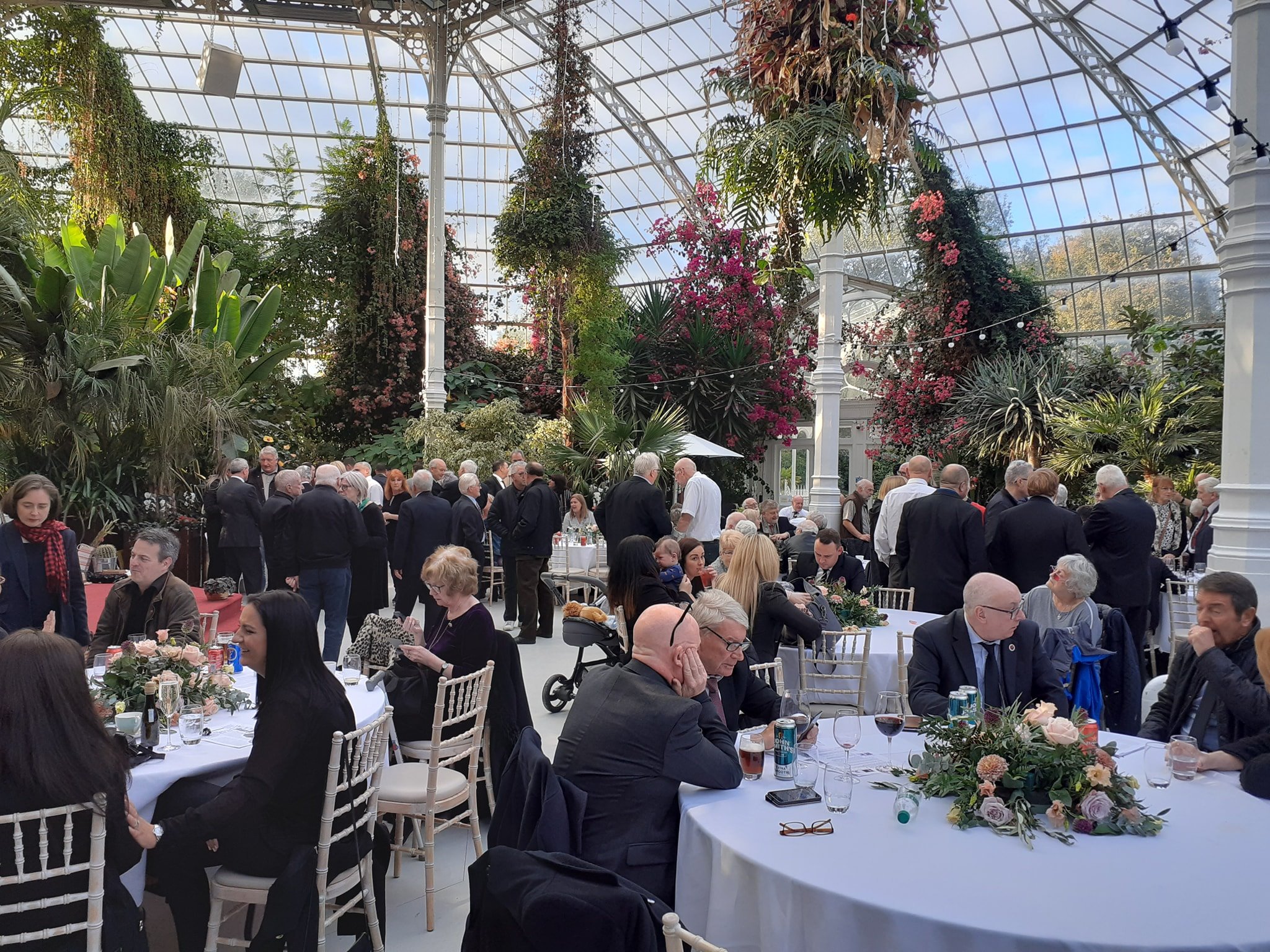 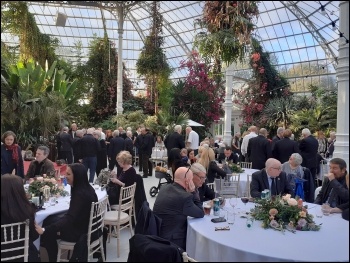 Hundreds of people packed the pews and aisles of the Unitarian Church in Liverpool’s Sefton Park on 21 October to pay their respects to Tony Mulhearn.

Tony was a giant of the workers’ movement in Liverpool and Britain. Just glancing around the service, it felt like a labour movement mass meeting – there were banners from unions including PCS and Unison, local trade union councils, the Socialist Party, and others.

Over 700 people turned out from across Liverpool and across the country – as many people as attended Liverpool District Labour Party delegate meetings when Tony was its president!

Touching speeches were given by Tony’s children throughout the day, as well as Derek Hatton, who was a Militant supporter and deputy leader of that Liverpool Labour council.

Speeches by Socialist Party members, as well as delicately recounting Tony’s qualities as a friend and loving father, reminded the service of Tony’s undying commitment to the cause of fighting for a socialist world.

Peter Taaffe, general secretary of the Socialist Party, gave the eulogy at the request of Tony’s family. He spoke not only of Tony’s heroic role in Liverpool’s struggle against Thatcher, but his tenacity in fighting to defend the key ideas of the Militant and the Socialist Party right to the very end of his life, earning him as many enemies as friends along the way. 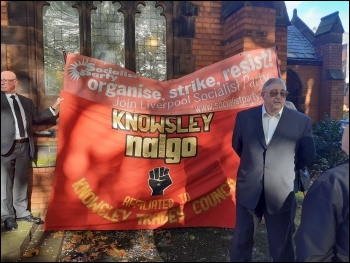 Dave Walsh, member of Liverpool Socialist Party, talked about what Tony’s struggle meant to a working-class boy like himself growing up in Liverpool in the 1980s.

The whole establishment, including the capitalist press and the right wing of the Labour Party, poured scorn on Tony for the stand he and others took against Thatcher’s austerity programme. But Tony and the Militant’s defeat of Thatcher meant that Dave had an apprenticeship and a decent future growing up in Liverpool.

The speeches served as a reminder of the inspiration Tony is, and will continue to be, to working-class and young people in Liverpool and beyond. They illustrated why so many people beyond Tony’s family and close friends attended to say farewell.