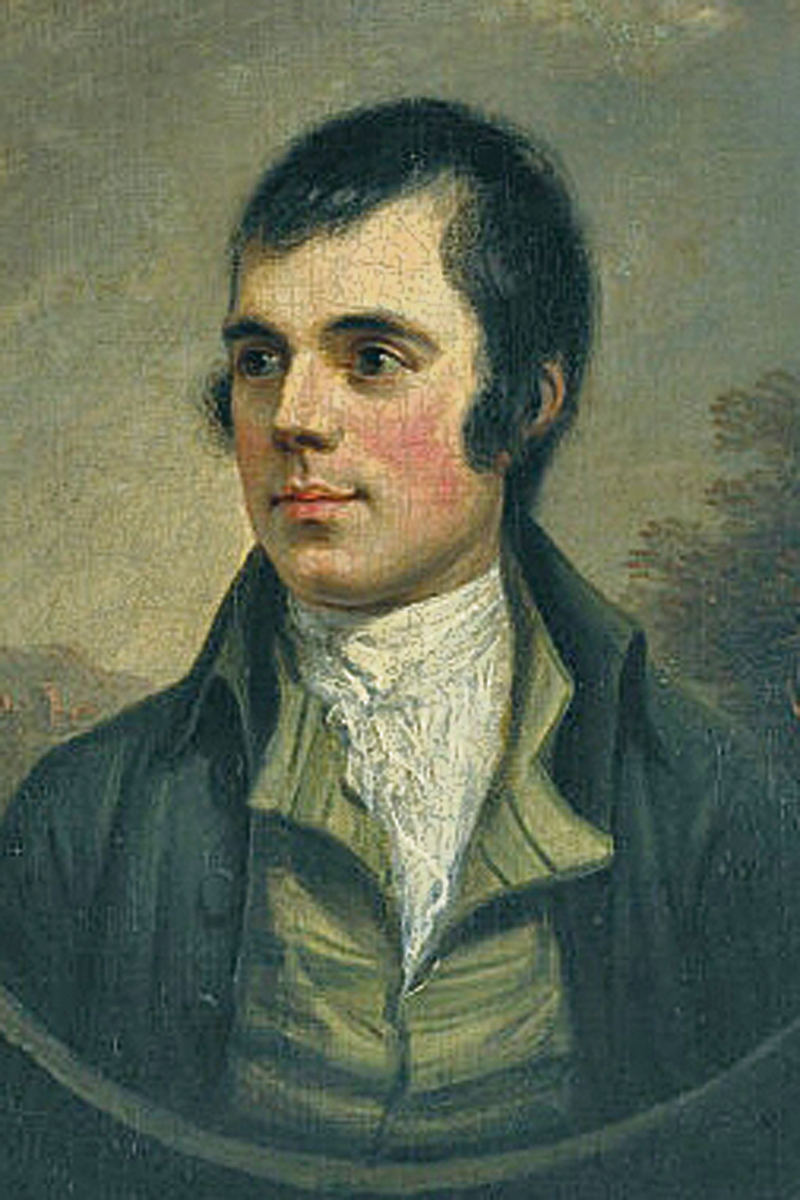 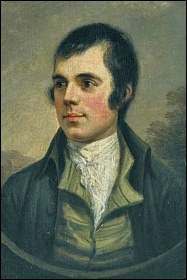 The most accomplished poet and songwriter of Scotland, Robert Burns (1759-96), was ‘just’ a poor farmer from Ayrshire and later low-paid public sector worker in Dumfries.

True, no one represents the best of Scottish society more than this labourer. He donated his time to preserve or improve hundreds of traditional Scottish songs and poems, saved the Lowlands dialect from the anglophile “parcel of rogues” in Edinburgh, and with his own works personally made an unrivalled enrichment of the national heritage.

But the humanity of this unashamed internationalist is so universal that he belongs to us all – all who oppose class inequality, cruel oppression and war.

The Scottish and British upper classes and their warring imperialism he despised and ridiculed in many poems, eg ‘A man’s a man’.

You can’t understand his love of nature and his desire for a respectful place for humanity within it, and his open, honest enjoyment of social life and shared sexual pleasure, without also understanding his rage against the injustices of class society which prevent a natural, social and personal harmonic development.

This was a product of the social changes sweeping 18th century Scotland and beyond – the spread of capitalism causing shifting class relations, universal literacy in Scotland and Presbyterian ideas of individual responsibility, the Scottish Enlightenment and the American Revolution.

Burns screams a challenging questioning of the unjust social order in ‘Man was made to mourn’:

E’er planted in my mind?

Or why has man the will and pow’r

For me! before a monarch’s face

Ev’n there I winna flatter;

Now he uses Bawdy not just as a general social means of reminding the haughty snobs of a commonality of man, but as a direct political means of humiliating them through their defeat by the French common masses in ‘Why should na poor folk mowe?’ (mowe is to have sex):

In Paris he’d kick up a row;

Burns naively pins his hopes on the Whig gentlemen in ‘Here’s a health to them that’s awa’. Radical democratic change seems inevitable. ‘The tree of liberty’ offers a better future:

We’d on each other smile, man;

British troops shoot starving Britons demanding bread. Eventually the sailors mutiny. This is the answer of the Tories and the ruling class to the danger from democracy by “the swinish multitude” as Burke called us.

As the middle classes now “abjure their democratic doings”, and give up the fight, Burns becomes more defiant and revolutionary:

Perhaps the highpoint of Burns’ developing ideas and his guiding legacy to us today is this poem (drafted by an English radical worker and improved by Burns) which points to a peaceful, classless society reached via revolution:

‘Tis said that Kings can do no wrong –

Now each true patriot’s song shall be: –

To-day ’tis theirs. Tomorrow we

The Golden Age we’ll then revive: