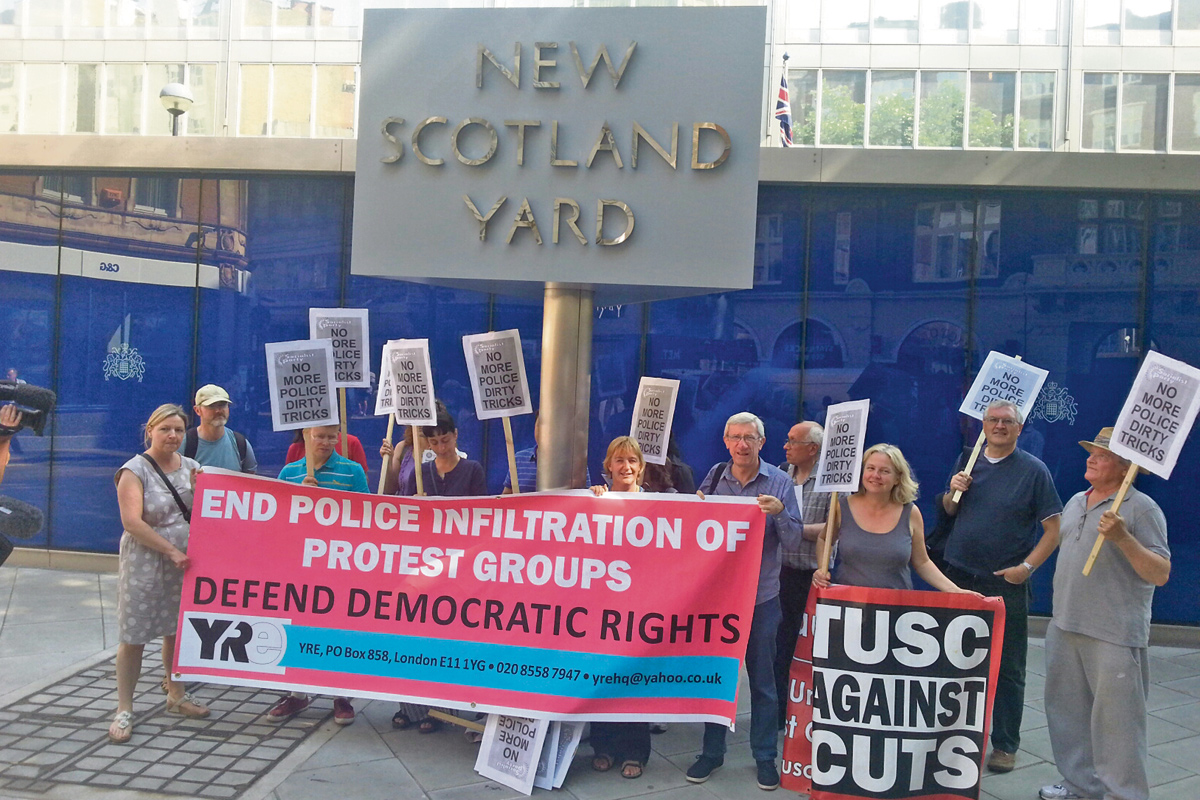 Letters to the Socialist’s editors

Even Blairite Jess Philips now calls herself “socialist”, as do all the Labour leadership candidates; and as did the SNP candidate who beat Lib Dem leader Jo Swinson in December’s general election.

When I joined the Committee for a Workers’ International (CWI, the socialist international organisation to which the Socialist Party is affiliated) in 2002, only a decade after Stalinism collapsed in the Soviet Union and eastern Europe, we were probably the only political trend that consistently used the word “socialist”.

Many on the left said we were using old, unpopular ideas that were dead. The difference is the fallout from the 2008 financial crisis.

Capitalism objectively is crisis-ridden and holds very little political legitimacy, not just for the working class, but big layers of the middle class.

But what is socialism? Is it a moral idea about equality and maybe raising taxes for the very wealthy? I think the next decade will show socialism is actually about working-class struggle.

As the working class moves into struggle the current radical generalised interest in socialistic ideas will develop into a real militant socialist consciousness.

Real socialism means working-class control and management of the commanding heights of the economy. It means a higher level of production and technique than even the most advanced capitalist technologies.

To obtain this a bitter struggle is required, with refined instruments tested in struggle like a party with a programme offering a way forward and based on the lessons of working-class history.

Everyone has been enthused by the mass strike action in France and news that the government has been forced to make concessions on employee pensions.

But workers in France should be careful, we’ve been here before in Britain (in 2011 when a majority of trade union leaderships abandoned the public sector workers’ strike action and sold out the pensions’ struggle).

The French government has only temporarily backed down on the retirement age but still wants to cut workers’ hard-earned pensions.

It is insisting on meetings with the unions to agree how to reduce overall costs, all aimed at persuading the public that existing pensions are ‘unaffordable’.

The proposals have been welcomed by the ‘moderate’ CFDT union federation but the CGT union is calling on the action to continue.

In a recent interview, the CGT explained that: “The letter (from the government) changes nothing… This is not dialogue!” “He (the prime minister) tells us that we need €13 billion in savings and that we have to manage to find the solutions!”

“The way out is for ALL employees to strike together – then the government will have no choice but to withdraw its entire bill.” 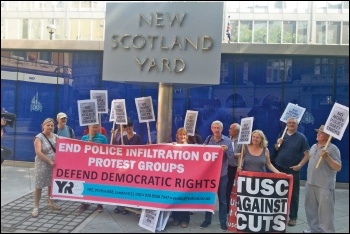 Not only did the British state spy on the Socialist Party and other left groups, anti-racist campaigners, environmentalists and trade union militants – as very well documented by the COPS campaign over Met police spying – now they outrageously deem us all “terrorists” according to a Counter Terrorism Policing guide under the government’s reactionary Prevent scheme.

In the North of Ireland and elsewhere, some of us spent decades campaigning against brutal state terror and repression, arguing against the blind ally of ‘individual terror’, while fighting for the rights of the nationally and religiously oppressed, and all other discriminated against groups.

Now in the schools in England, Scotland and Wales, where the capitalist state ‘celebrates’ the winning of rights for minorities – that successive right-wing governments opposed for decades – everyone from the Socialist Party to Greenpeace, is scandalously being demonised as potential “terrorists”.

This is a serious attack on political and civil rights, and a dangerous signal to education authorities and reactionaries, that must be fought tooth and nail by the left and the workers’ movement.

In the light of the recently leaked police ‘anti-terrorism guide’ we, as socialists, trade unionists and community activists, must oppose in the strongest sense the suggestion that our organisations and campaigns are in anyway comparable to the violent extremism of the far-right, neo-Nazi and fascist hate groups active in the UK today.

This dangerous and unfounded theory that suggests that far-left and far-right are equal in their danger to the general public is being used to undermine us and our ideas.

Although the government has claimed that the leaked anti-terrorism guide has now been recalled, the fact that it was published in the first place shows the reality of the way we are seen by the government and the capitalist class. We are seen as a threat.

We should organise to fight back against these attacks and to defend those among us who are targeted by the government for standing against racism, climate catastrophe and all the iniquities of the capitalism system.

A recent Wellcome Trust survey outlined the extent of poor mental health among researchers due to a culture of overwork, bullying and harassment.

But I disagree with research culture lead Beth Thompson when she says: “No one set out to create a bad system that damages people’s mental health, but we have unintentionally created a system that values the excellence of research outputs without paying enough attention to how that research is done.”

It isn’t an unintentional research system we have; it’s come out of decades of marketisation. The logic of the market and capitalism itself to drive down costs and ramp up productivity or “outputs” with no regard for human or environmental damage done as a consequence.

As long as toxic work cultures in research are seen as an accident, any solutions posed will be misguided at best.

A Guardian article on the subject quotes a scientist doubting the efficacy of promoting a ‘health culture’ when the issue is in fact workloads: “Many colleagues feel that without the drive or ability to force institutional change, they have no option but to wait for an inevitable collapse of the system and try to pick up the pieces afterwards,” he said.