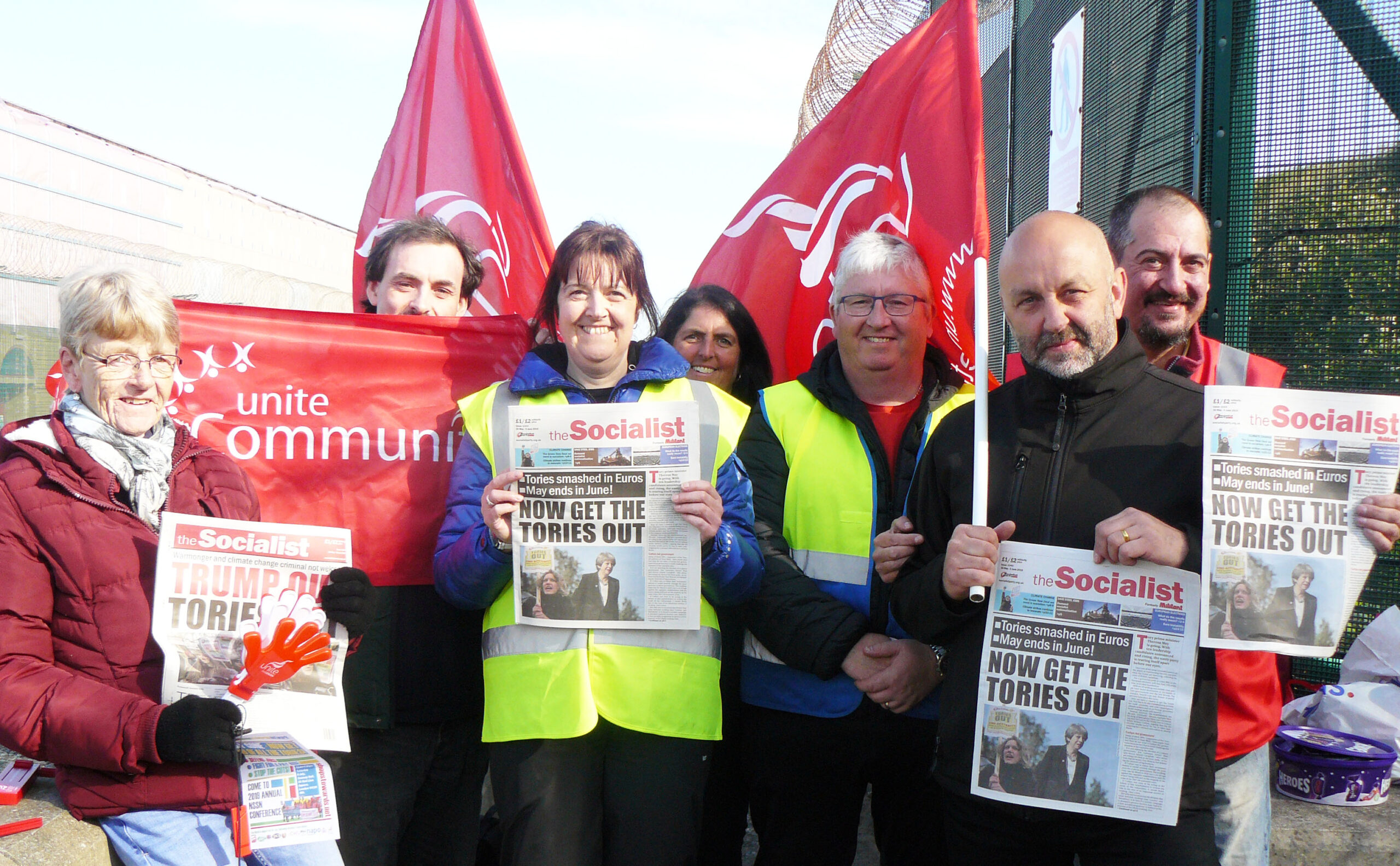 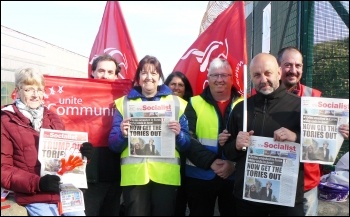 Mitie strikers at Sellafield with copies of the Socialist, 7.6.19, photo Robert Charlsworth   (Click to enlarge: opens in new window)

It has laid bare the class character of society in numerous ways. It is making clear to many that it is the working class – including NHS, transport, retail, and refuse workers – who are essential to keeping society running, not the CEOs of major corporations.

Desperate to prevent a mass revolt against the developing economic catastrophe the Tory government, along with capitalist governments worldwide, has been forced to intervene into the economy on a huge scale. It has ripped up its ‘austerity is necessary’ mantra, carrying out policies that just weeks ago were denounced as socialist.

The Tories, of course, do not carry out such policies in the interests of the working-class majority, but in order to prop up capitalism – a system driven by making profits for a few, not meeting the needs of all.

After a decade of being made to pay for capitalism’s last crisis, and in the midst of an ongoing economic crisis that looks set to be worse than the one before, the working class will ferociously resist such an assault. 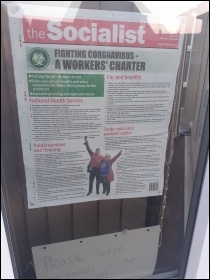 The Socialist has consistently put forward the need for such a transformation: arguing for the nationalisation of the commanding heights of the economy under democratic workers’ control and management in order to begin to develop a rational socialist plan of production – as the only means to harness all the science and technique created by capitalism to meet the needs of all and protect the planet.

Throughout our history, first as the Militant newspaper and since as the Socialist, our paper – and our party, the Socialist Party – has linked the struggle for socialism to the day to day battles of the working class to defend and improve its living conditions.

We have played an important role in countless struggles, including leading the mighty 18 million-strong movement against the poll tax thirty years ago which successfully defeated the tax and forced the ‘Iron Lady’ Maggie Thatcher out of office. The class battles on the agenda in the coming years, however, are set to dwarf all that we’ve experienced before, and will provide greater opportunities to put the case for socialism.

This is vital not only for what is going to come after the lockdown, but also for the battles taking place during it. Tory ministers may be breaking the habits of a lifetime and praising workers, but – despite their claims to the contrary – they are not acting in the ‘national’ interest. There is not one single national interest but different class interests. Ultimately the Tories are acting for the capitalist class.

In contrast, on the ground a number of unions have reported increased membership, as workers look for a means to defend themselves during the crisis. They can find that in the Socialist by reading our ‘fighting coronavirus workers’ charter’, which sums up a programme to effectively combat the virus and protect workers’ living conditions.

You can also read countless reports of trade unionists – Socialist Party members and others – that are in the frontline in their workplace, leading fights to prevent layoffs, to increase pay or staffing levels, or for better health and safety measures. And, of course, you can read about the battles within the trade union movement to demand that the union leaders nationally take the same fighting approach.

The Socialist has a vital role to play – please donate to help us do so.

Unite Lancashire Community NW/11500 branch has donated £100. Branch secretary and treasurer Jim Leigh said: “We hope this will go a little way in helping the Socialist newspaper navigate through this crisis.”