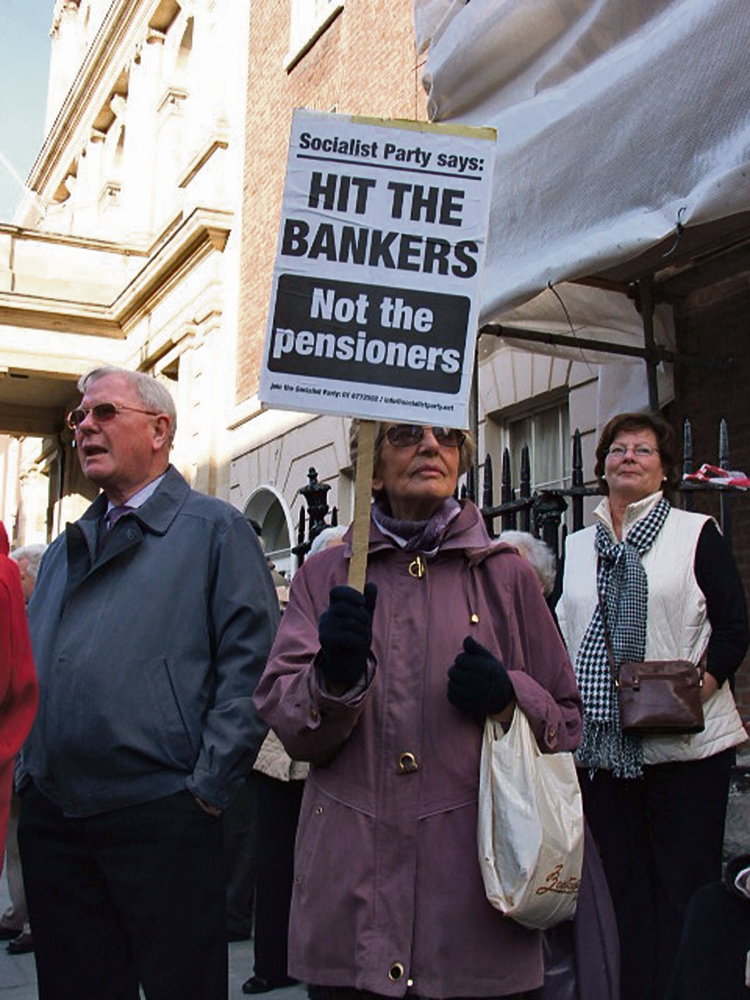 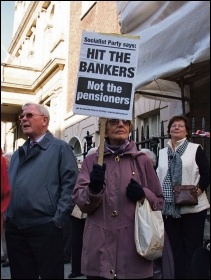 It was inevitable that the Tory government would try to offload the costs of dealing with the coronavirus crisis from their rich backers and onto the backs of working people.

Now, a report by the Tory-backed Social Market Foundation (SMF), has recommended that the first attack should be on the country’s pensioners, by abolishing the ‘triple lock’ mechanism for increasing the state pension, and replacing it with a ‘double lock’.

The triple lock has been in existence since 2011, and provides that the state pension should rise by the greatest of price inflation, average earnings or 2.5% each year.

At the time of its introduction, it was seen as a mechanism to gradually raise the value of the state pension, but it has long been an aim of the Tories to get rid of it. However, whenever they have proposed it, public protest has forced them to back off. The proposed double lock would remove the 2.5% element from the mechanism.

The state pension is not high – currently set at £175.20 a week for people reaching pension age on or after 6 April 2016, and only £134.25 a week for everybody else, (currently the majority of pensioners).

Of the 36 countries that are members of the Organisation for Economic Co-operation and Development, the UK has the lowest pension as calculated proportionately against what they call the working wage for each country.

Following the attacks on final salary pension schemes, encouraged by the Tories, in the private sector, it is clear that Britain is now sitting on a time-bomb of pensioner poverty.

Growing numbers of workers are retiring with inadequate pensions, leaving them struggling to make ends meet.

The SMF proposal should therefore be rejected. The National

Now, the trade union leaders need to speak out against this proposal and prepare their members to take action should the Tories press ahead with this it.

The Labour Party has previously guaranteed to maintain pensions up to 2025, but that ignores the need to significantly increase the state pension.

Keir Starmer’s newly appointed Shadow Secretary for Work and Pensions, Johnathan Reynolds, has blandly stated that the UK needs “serious long-term thinking” about pensions, which could mean anything!

Labour has to be clear about whether it supports pensioners, or simply sees them, like the Tories, as a potential area of cost cutting.