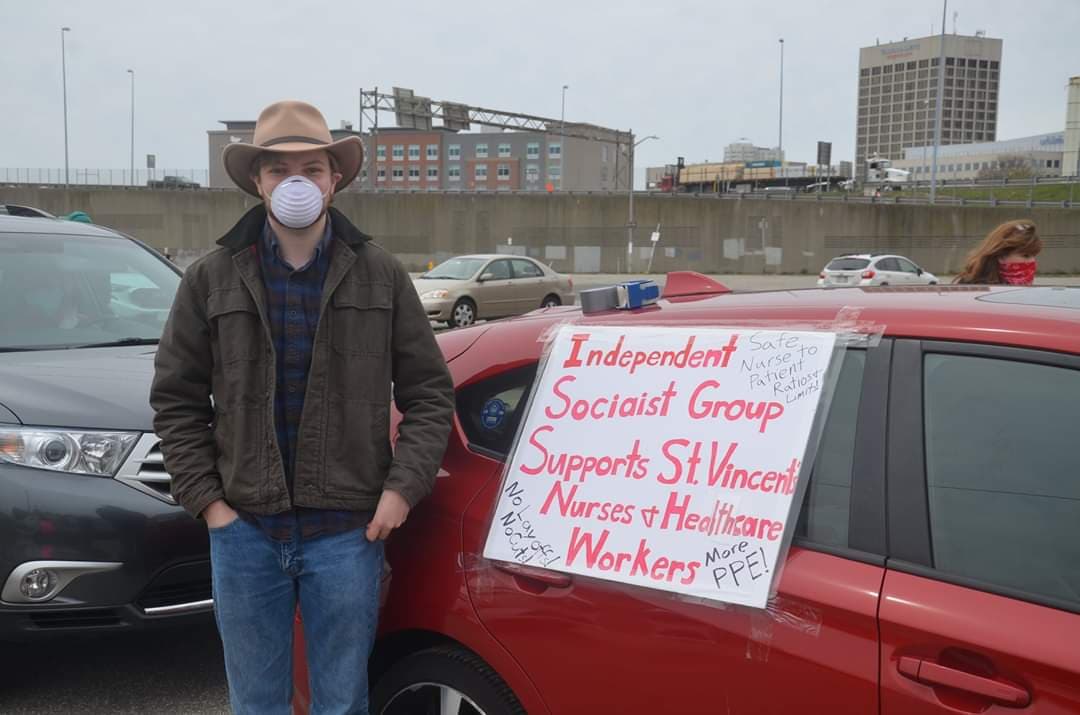 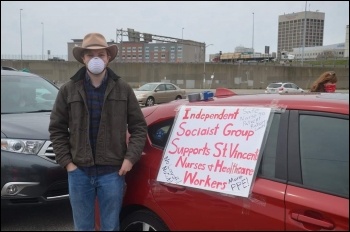 US co-thinkers of the Socialist Party at a healthworkers solidarity protest, photo ISG   (Click to enlarge: opens in new window)

Like in the UK, the coronavirus pandemic in the USA has resulted in the postponement or cancellation of non-urgent surgery in hospitals. But because the US healthcare system is run on a for-profit basis, these cancellations have resulted in a sharp drop in hospitals’ income and hence profits.

As a result, in the middle of a pandemic, thousands of healthworkers have been laid-off, furloughed or suffered a reduction in hours.

According to the Washington Post: “Remaining front-line workers face longer hours, and some have seen their pay cut and benefits reduced.”

And despite a $100 billion federal government bailout, it’s estimated that 25% of US hospitals could go out of business over the next few months, significantly reducing available beds and staff and thereby putting a huge strain on remaining hospitals to treat Covid-19 patients.

Those hospitals most at risk are typically ones that treat low-income or uninsured patients.

In addition, there is also a crisis in primary care provision with 60,000 doctors’ surgeries set to close or significantly scale back by June. This will result in 800,000 workers filing for unemployment benefit, being furloughed or having their hours reduced.

That figure amounts to a staggering 43% of the 1.9 million employed by family doctors.

Back in 2018, Donald Trump attacked advocates of publicly funded universal health care in the US by tweeting that the UK’s NHS is “going broke and not working”.

This disingenuous statement was made after a huge public protest in London – which the Socialist Party helped organise – against Tory government underfunding and privatisation of the NHS.