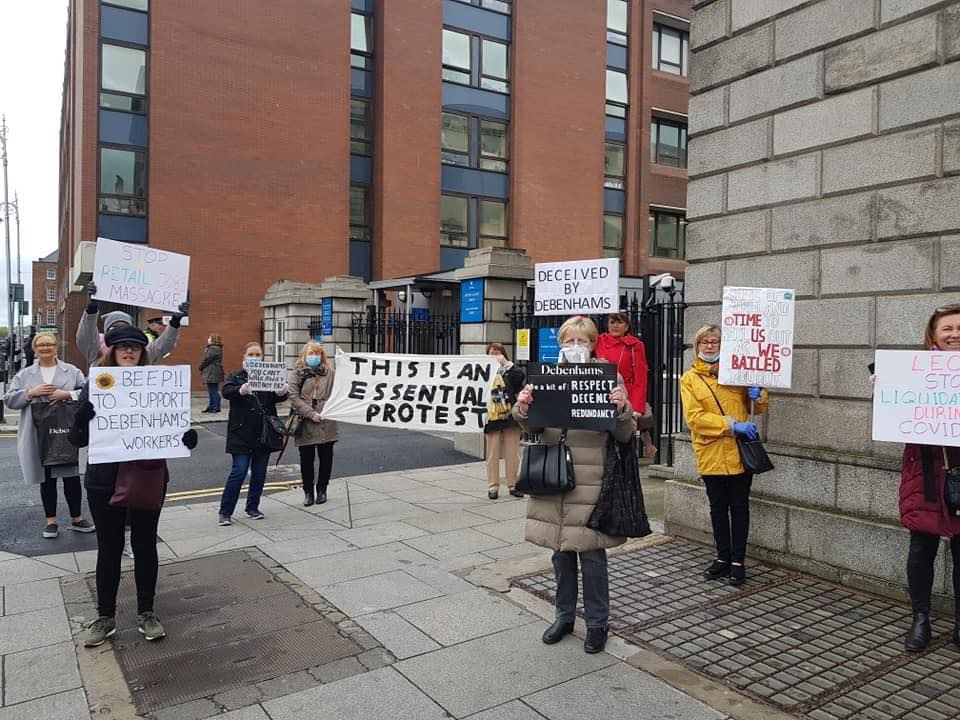 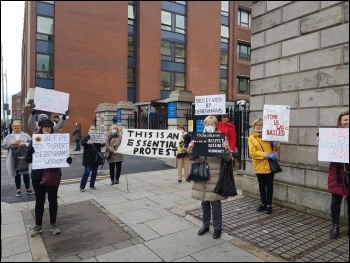 Among the slew of retail companies entering administration, Debenhams has the highest profile, not least for only recently coming out of administration after closures. A wave of warehouse and shop closures went through in 2017. A further three UK stores closed in December 2019, and then 19 more in January 2020.

This time the administration has been ended by its lenders buying out the company, including Bank of Ireland and Barclays who benefited from government support after the 2007-08 economic crisis, and engaging in attacks on workers.

These include the closures of all the company’s stores in Ireland, sparking protests outside stores, which the police dispersed despite social distancing (see ‘Irish police use Covid-19 emergency powers to disperse Dublin shop workers’ protest’ at socialistparty.org.uk). This was met by further workers’ protests on 29 April at stores across the country.

While in receipt of government funds for furloughing staff, Debenhams is closing at least 11 UK stores. It is telling workers in those stores that they will need to claim redundancy from the government. In Wales, where the Welsh government isn’t extending business rates relief to larger stores with rates above £500,000, the company has threatened to close its five largest Welsh stores.

We welcome the two rounds of protests by Debenhams workers in Ireland, and the support given to workers by the 450 plus-strong online rally organised by their trade union, Mandate. With a similar number of closures here, we have to ask why retail union Usdaw hasn’t at least done the same.

In 2017, following the collapse of BHS, Usdaw conference adopted a policy of calling for collapsing retail companies to be brought into public ownership. Debenhams shouldn’t be bailed out, it should be nationalised to save jobs. UK workers should take a lead from their colleagues in Ireland and get organised.