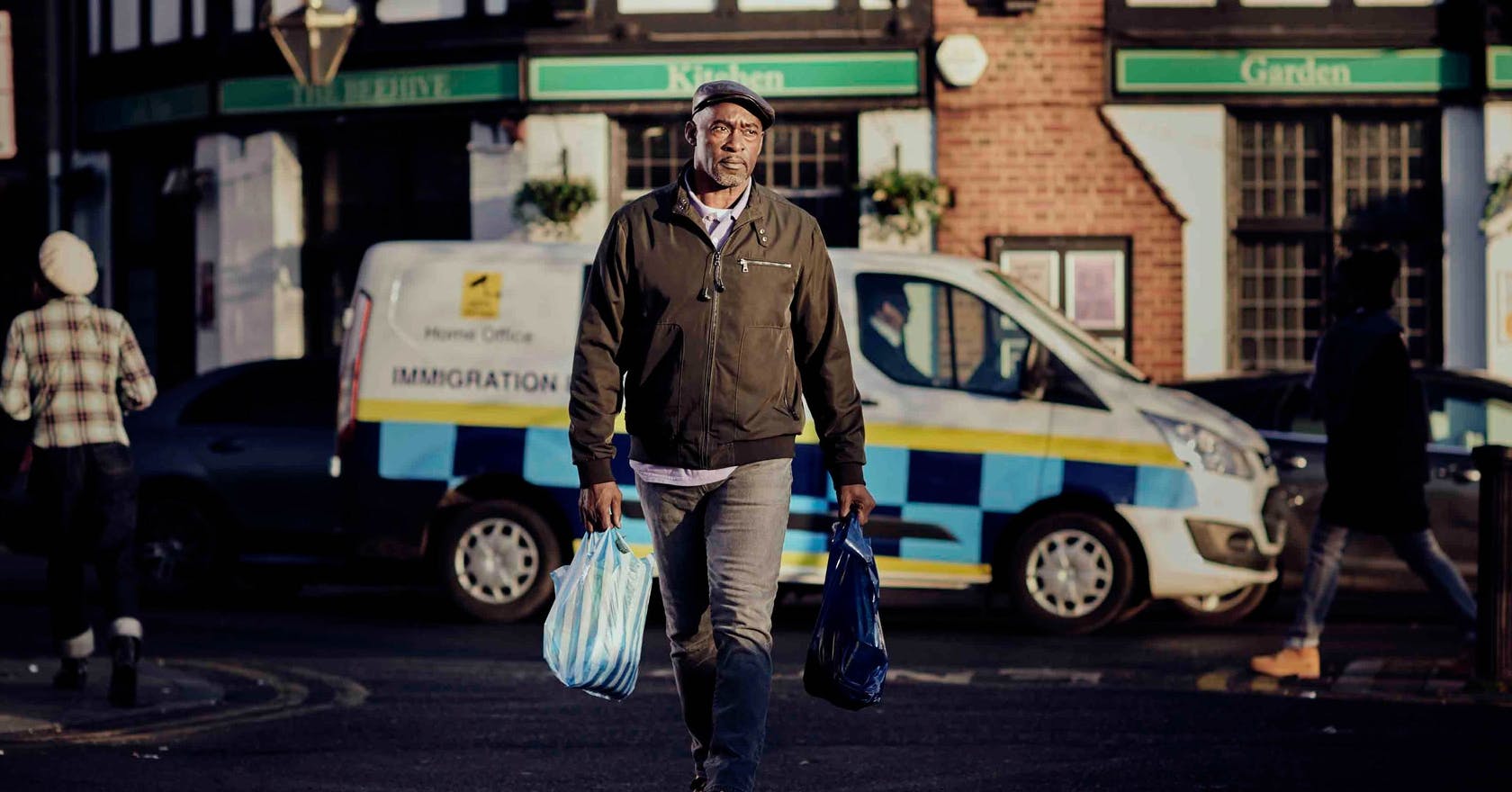 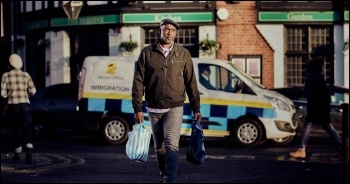 Sitting in Limbo, still from BBC   (Click to enlarge: opens in new window)

‘Sitting in Limbo’ is a powerful and moving real-life drama. It shows the trauma of Anthony Bryan, a member of the Windrush generation, as he struggles against removal from Britain – including two periods of detention. He has lived, gone to school, raised a family and worked in Britain for over 50 years, since arriving with his mother in 1965 when he was eight years old.

It is written by Anthony’s brother, Stephen S Thompson. This drama gives a real insight into the impact this scandal had on those people directly affected. One example of this is the marks left on the wall showing where the family photos have been after they are forced to leave their home.

They faced racism throughout their lives – a point Anthony makes to his former headteacher when describing his journey to school each day. Thousands were then threatened with deportation, and at least 83 deported, after their landing cards were destroyed in 2010 by the Home Office.

The film’s opening credits explain the ‘hostile environment’ policy towards migrants first discussed by Tony Blair’s ‘New Labour’ government in 2007, and then enacted by David Cameron’s Tory government in 2012, as they used the tactic of ‘divide and rule’, ramping up propaganda against migrant workers.

The film highlights the methods that the Home Office uses to intimidate and mentally torture those targeted for deportation. This is shown in the brutal removal of Anthony to the first detention centre. He is made to feel that it’s a privilege to be allowed to get dressed before he is carted off to Verne detention centre in Dorset over 160 miles away. His family has no idea where he has been taken until he phones them.

When Janet, his partner, goes to argue Anthony’s case, she can only be let out of the interview room when the interview officer presses the button. Another example of Home Office cruelty is Anthony not being allowed to wear his hat in the visitors’ room when his family come to visit as “it’s against the rules”.

Sitting in Limbo shows the toll that this takes on Anthony and his family – from losing their home, to the lasting trauma of the immigration raid. Anthony wakes up one night after his release from the first detention centre thinking he can hear banging on the front door from immigration officers.

What comes through clearly in this drama is the brutality of the British state. Compare that to the support and solidarity of Anthony’s family and friends. Faced with a legal bill of £1,500 to fight the deportation, his family and friends rally round to raise the money, including his son Gary’s workmates.

The determination to fight Anthony’s deportation, especially by Janet, clearly comes through, as well as that of Gary and Eileen, who tirelessly leaflet and poster to raise awareness of Anthony’s case.

I urge you to watch this film. As Patrick Robinson who plays Anthony says: “When I read the script, I was in tears easily halfway through and blubbing at the end.”