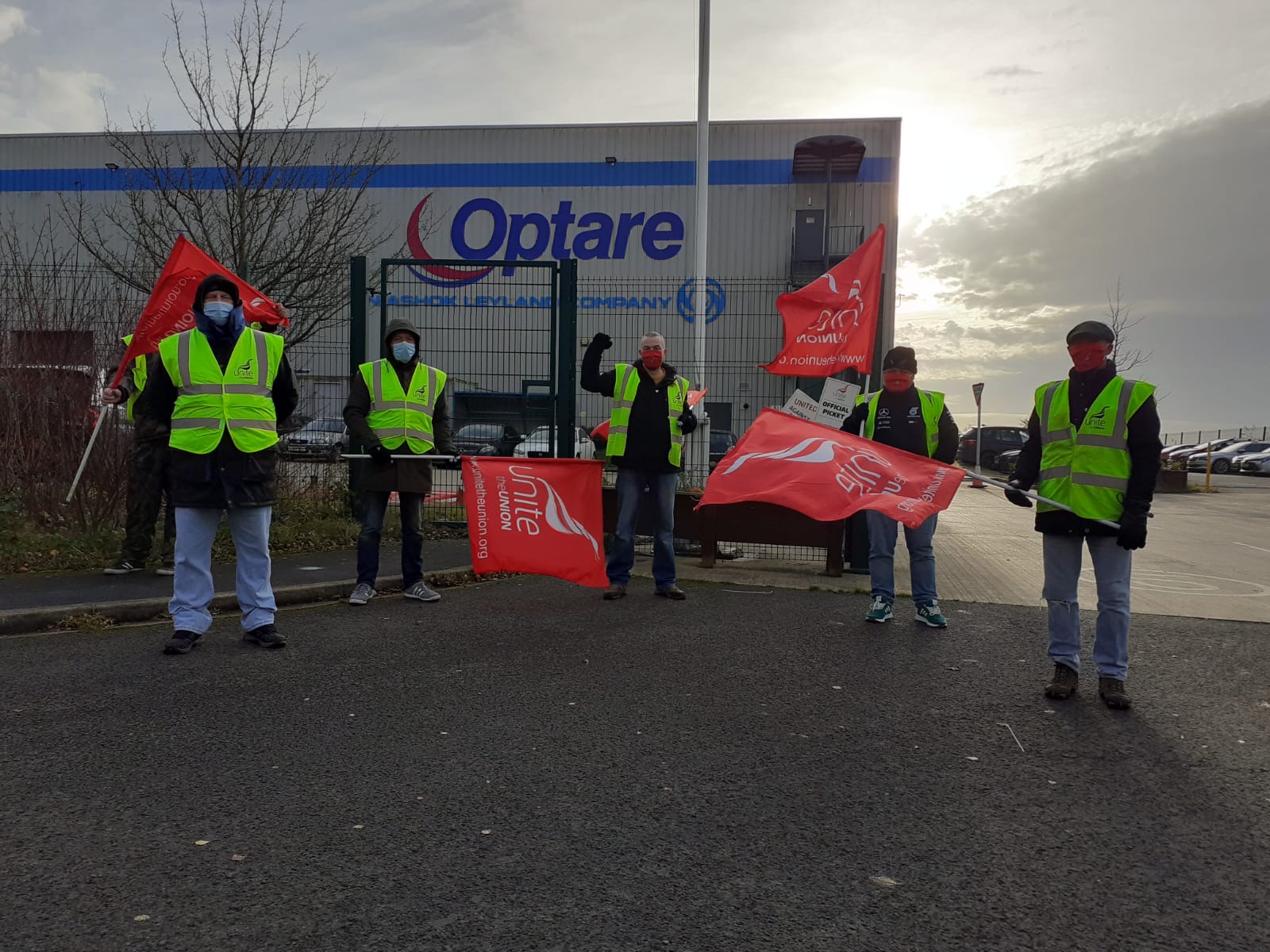 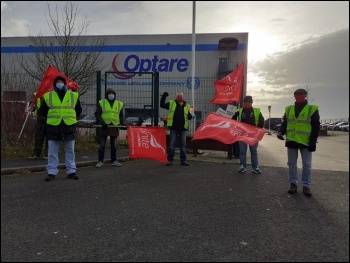 As Howard Beckett, Unite assistant general secretary, stated: “This is a vital victory for the entire labour movement.” This attempt to prevent picketing was a brazen attempt for the power of the state to be brought to bear on the side of management in the dispute, particularly given the effectiveness of pickets in turning back deliveries.

With masks, hand sanitiser and their own track and trace in place, the picket line is likely more ‘Covid-secure’ than the workplace, where the strikers are still in for one day a week.

Management’s response has been twofold – on the one hand trying to claim the strikers are helping the company out at a time when there are limited orders, mocked as ‘walk out, to help out’ on the picket line.

But on the other hand, this bluster is belied by a ‘personal message’ that Optare’s CEO has issued to staff. In it, he talks about the security of the future of the business, being largely dependent on getting a share of a proposed order of 4,000 zero-emission buses by the government.

But he goes on to state: “We have orders in the interim but only if we can deliver on time and to budget. Any delays risk contracts being cancelled, fines being imposed, a reduced order book as customers lose confidence in our ability, and an even worsening outlook for the business.” Further on he begs for volunteers to work overtime on weekends.

Rather than further handouts for bad bosses, like Optare’s owners Ashok Leyland, who will sooner put such money into the pockets of shareholders than workers, the company should be taken into public ownership, under workers’ control to manufacture these zero-emission buses. Workers should be paid the proper rate for the job in the industry, rather than their current substandard pay.

Under this vicious management though, workers continue to face a vindictive approach which includes putting in place “an embargo on holiday requests from those striking until the end of the year.” Such discrimination against workers is illegal, and will be subject to further challenge from Unite.