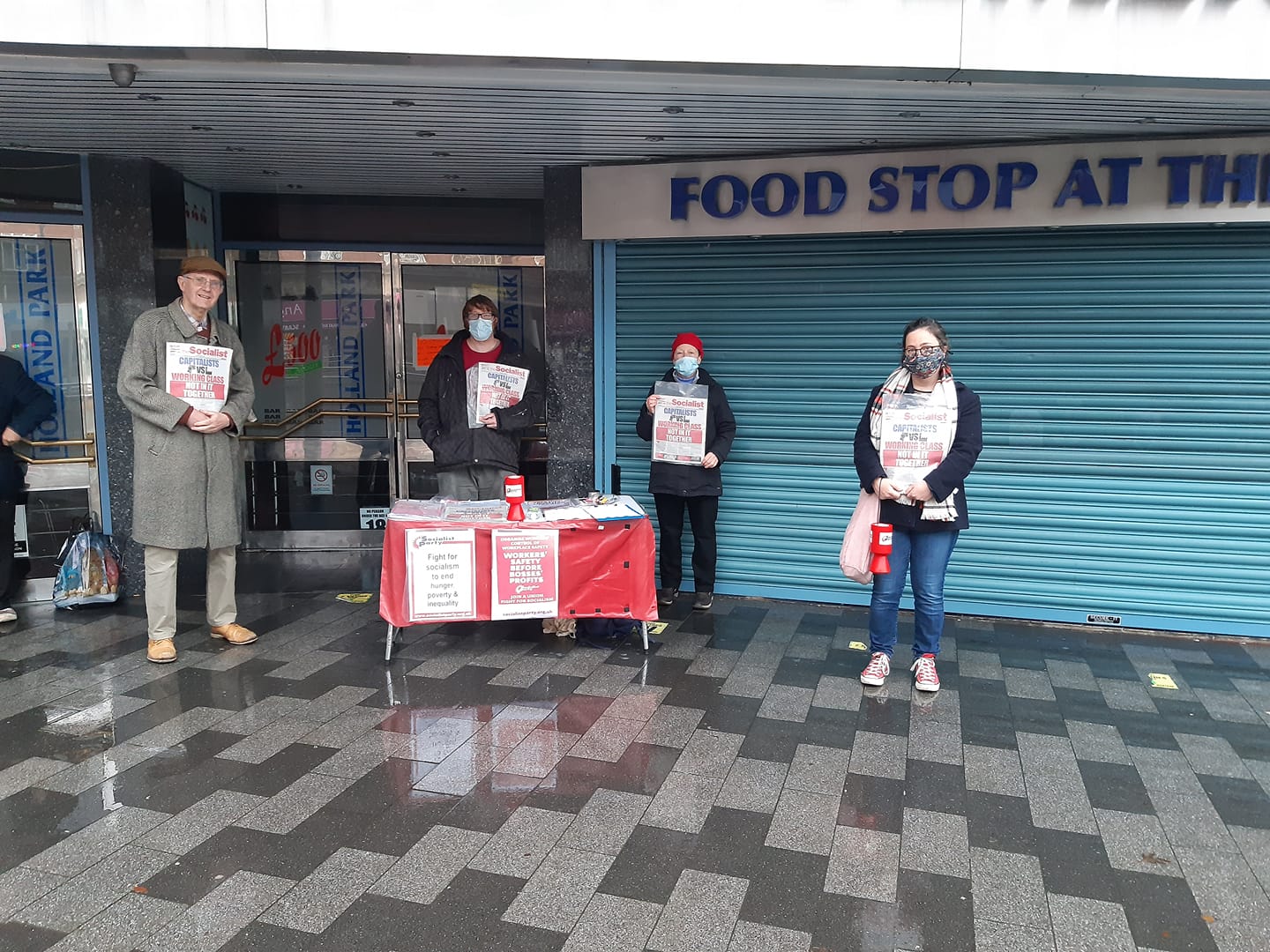 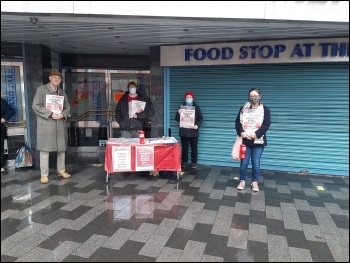 Campaigning in Leicester   (Click to enlarge: opens in new window)

The Socialist Party has been out in Cardiff continuing the campaign for a 15% pay rise for NHS workers. It’s a disgrace that nurses and other health workers who have risked and, in some cases, lost their lives, will be ‘rewarded’ with financial difficulty if the government has its way. Health unions like Unison need a leadership willing to fight for fair pay. Good luck to Hugo Pierre in the Unison general secretary election!

We spoke to NHS staff, youth and key workers from all over Birmingham. They gave shocking insights into the daily realities of what our frontline services are dealing with – underfunding, understaffing and under attack from austerity cuts. Cheap claps don’t pay the bills, don’t feed your kids, don’t keep you lights on – we need 15% for NHS staff now!

Despite wind and rain, and fewer people in the city centre, we had a great campaign stall and completed two pages of signatures against hospital parking charges!

One young guy told us he had unfortunately lost his partner in hospital last week, after two weeks in the hospital. He signed our petition because when he went into the hospital every day for those two weeks, he had to watch the time he was by his partner’s bedside to make sure he didn’t spend more than he could afford in the car park.

You should not have to count pennies when you visit hospital. Not to visit an ill or dying relative, partner, friend, not to have treatment yourself, and not when you are the staff working there!

In 2018, car parks at Coventry and Warwickshire hospital trusts made £7.4 million in profit. The car parks only cost £1 million to run. We say, let’s kick profit out of our NHS services, let’s scrap the parking charges, let’s have hospital services including parking built and managed for need not profit! Over two thousand people have now signed our petition.