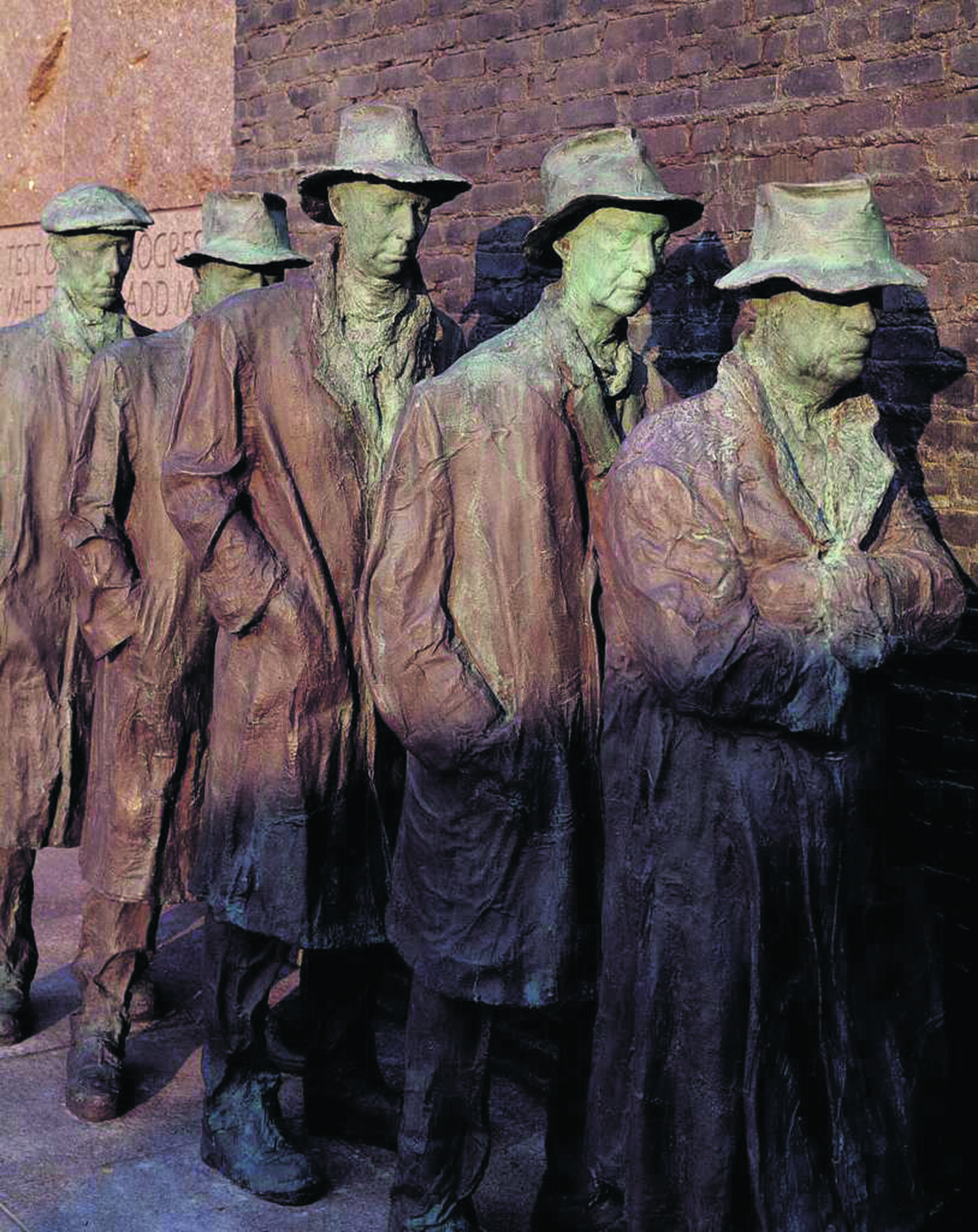 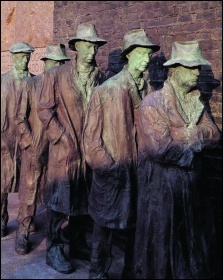 Millions of workers in the US and globally find themselves out of work, unable to afford the basics, and at the mercy of capitalist crisis. Like the protagonist of the book, Tom Joad, through their experience, millions will draw the conclusion that solidarity and collective action is the only way to fight. “And the little screaming fact that sounds through all history: repression works only to strengthen and knit the repressed”.

The Grapes of Wrath transports you to 1930s California, travelling with the Joad family seeking work. John Steinbeck’s writing makes it impossible for the reader not to feel indignant, together with the migrant agricultural workers, at the most brutal effects of the capitalist market.

The 1929 Wall Street crash had devastating consequences for the working class internationally. Steinbeck’s work details the effects on the lives of agricultural workers in the Dust Bowl of parts of Texas, Oklahoma, and other nearby states.

With the pressure to meet loan repayments to the banks, tenant farmers had been forced to use farming methods that left the land vulnerable to droughts and dust-storms. Recent research shows that these conditions are now twice as likely to occur in today’s climate.

Unable to make their payments, small farms became absorbed by large industrial farms, and the mechanisation of large-scale farming machinery left hundreds of thousands homeless and without work. After receiving a leaflet advertising for fruit pickers in California, the Joads join the hoards travelling west.

The narrative chapters are interspersed by chapters explaining the landscape and social conditions. These chapters describe the absolute injustice, including the destruction of food deemed unprofitable: “The fertile earth, the straight tree rows, the sturdy trunks, and the ripe fruit. And the children dying of pellagra must die because a profit cannot be taken from an orange”.

This reflects capitalism’s inherent crisis of overproduction. Despite thousands of migrant farm workers starving, food was destroyed as prices plummeted.

Like today, the 1930s was a period of mass unemployment. The experience of the Joad family demonstrates the downward pressure that this has on wages. The big farm bosses, in their greed for profits, frequently cut wages, safe in the knowledge that there are thousands of other starving workers desperate and willing to work for less.

The huge swathes of migrant workers arriving into California was great for the bosses, but the book also takes up the effects of unemployment on the existing working class in the region. The bosses cynically exploit layers of these workers to assemble vigilantes to help to oppress the migrant workers.

While Steinbeck depicts smaller farmers and shopkeepers as more sympathetic, he doesn’t point in the direction of the necessity of a combined struggle of both sections of the working class, battered by the effects of the Great Depression.

The novel describes shocking and deep poverty. It is an indication of the strength of the writing, and the realism of the characters, that it never feels like an imagined world. As the reader, alongside the Joad family, faces the devastating poverty, it is impossible not to feel disgust at the capitalist system.

Steinbeck stops short of leading the reader to drawing socialist conclusions. But workers do get organised, with all of the familiar obstacles of the pressures of huge poverty and repressive blacklisting. Farming bosses are paranoid about ‘red’ agitators and the forces of the state are used to break a strike. Steinbeck addresses these issues in his preceding novel ‘In Dubious Battle’.

For a period, the family manages to get residence at a government camp, part of the poverty relief programme carried out as part of Roosevelt’s ‘New Deal’ (see ‘Roosevelt’s New Deal programme’ at socialistparty.org.uk). In this camp, workers are shown to be able to look after their own affairs, without interference from police, and with access to sanitary facilities. The bosses see this as a threat and seek to break up the camp. They understand that nothing but the most brutal repression can keep the workers from organising. “Those folks in the camp are getting used to being treated like humans. When they go back to the squatters’ camps they’ll be hard to handle.”

Some right-wing critics have dismissed Steinbeck’s work as socialist propaganda, it is definitely not that. Indeed, he jettisoned any left-leaning views during the ‘Cold War’ period of the 1950s and 1960s. But he does transport the reader into the lives of super-exploited workers in a capitalist crisis, with the inevitable conclusion that workers need to get organised. The fact that it does this so well is what makes it so good.

The Grapes of Wrath was released in 1939, with the US still in a period of economic crisis and with huge unemployment. It was a best seller, undoubtedly because it reflects workers’ experiences and offers some explanation of capitalist crisis. Now, in the midst of another global capitalist crisis, is a good time to read this novel.