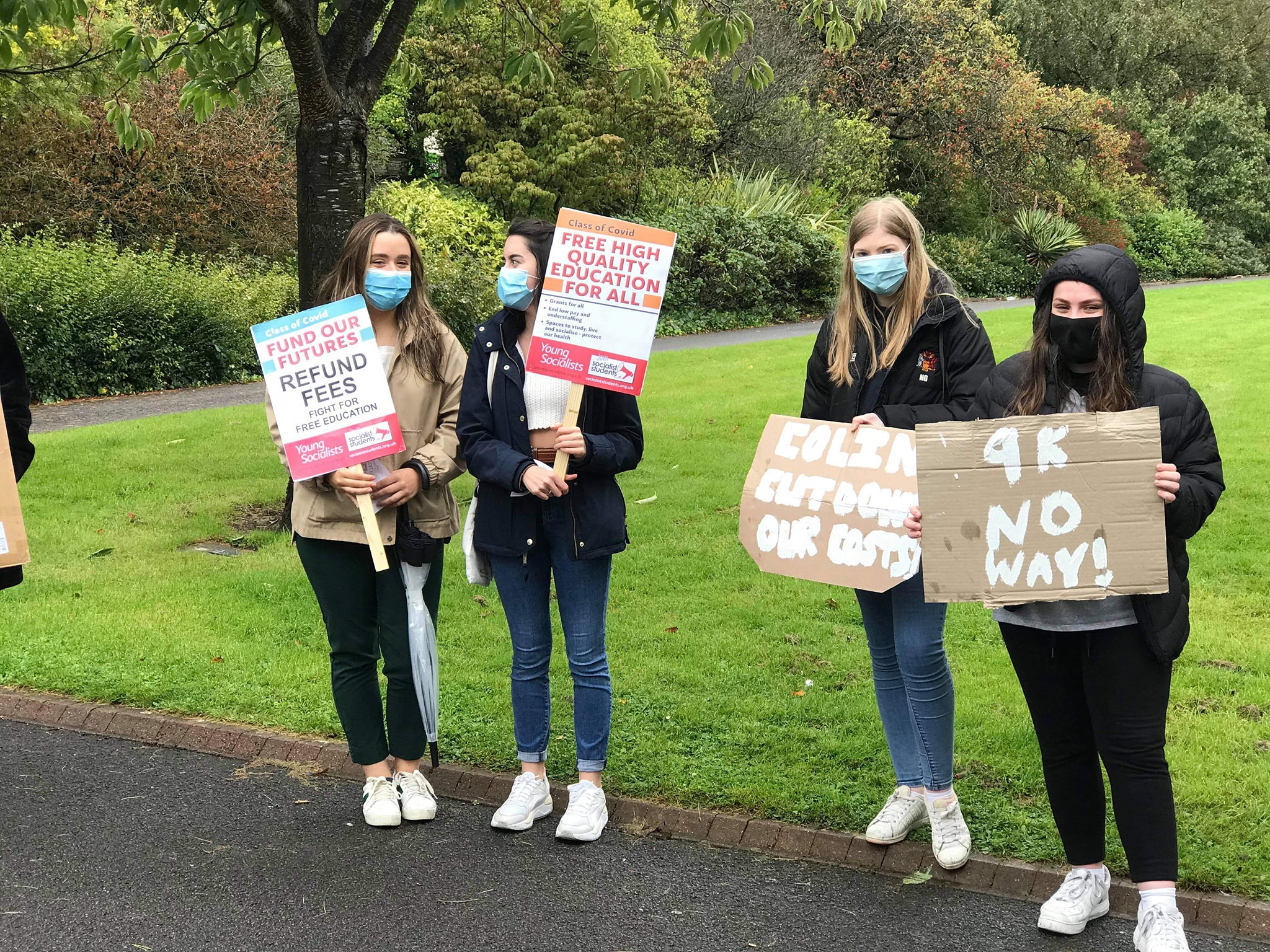 Building the fightback for free education

The Rent Strike network has links to rent strikes happening at over 45 universities across the country. There are Socialist Students members on both its national coordinating committee and its national reps group, as well as leading rent strikes in different areas.

Below we carry edited extracts from an open letter from the Socialist Students steering committee to the Rent Strike network’s national co-ordinating committee, requesting a meeting to discuss what the next steps for building a national student fightback for free education should be.

We are writing to you today in the hope of initiating a discussion on how our organisations can work together to build the fight for rent and fee refunds for students, as well as the fight for free education.

This year, universities across the country have been thrown into financial crisis as a result of decades of cuts to funding. The market model of education has meant that students have been lied to by university management, just so they could gain access to our tuition fee and rent payments.

In response to the lies, as well as the complete lack of support given to us by our universities, students have begun to organise rent strikes on campus. We have demonstrated that by getting organised students can win: millions of pounds in rent refunds have been won by students so far.

The recent announcements by some universities that there will be no face-to-face teaching for the rest of the year will rightly fuel the demands of students for further rent rebates for unused accommodation, as well as tuition fee refunds for the year – both of which Socialist Students supports and has campaigned for.

Without government funding to make up for these refunds, however, universities face deep financial crisis. This means the threat of further cut-backs and erosion of the quality of education students receive.

There is also the threat of divisions between staff and students. This would only benefit university management. Socialist Students has a history of campaigning alongside members of the University and College Union to mobilise student support and solidarity with striking campus staff fighting against cuts and job losses.

We think that there is a burning need to discuss how we can build a national student movement which will fight the Tories for the funding which our universities need.

Since the start of the pandemic, the Tories have spent a massive £280 billion, largely towards propping up the profits of big business. The Welsh government has announced £40 million emergency funding towards Welsh universities’ hardship funds.

While still an inadequate level of funding, we nonetheless think this represents a victory for students. In addition to this, a cross-party parliamentary group has called on the Tory government to release £700 million towards the hardship funds of universities in England. The lid is being lifted on what is possible regarding fighting for fully funded and free education.

Now is the time for the student movement to go on the offensive and boldly demand free education; for the scrapping of tuition fees, the introduction of living grants for students and the cancellation of student debt, linked to a programme of democratic public ownership.

We believe that capitalism has completely failed our education system and young people. That is why we fight for socialist policies to provide every young person with a decent future which includes access to free and high quality education.

We would like to invite a representative or representatives from your national coordinating committee to attend a national steering committee of Socialist Students to discuss how we can broaden the current rent strike movement in the fight for free education.

We look forward to hearing your response,

The Tories have announced £50 million of emergency funding towards English universities for student support during the pandemic.

This latest development shows that when students organise and fight, we can make gains. The rent strikes have won concrete victories.

But the levels of emergency funding which have been granted by the government so far are peanuts compared to both what is needed and what it has spent to prop up big business profits during the pandemic.

The Welsh government forked out £40 million, roughly £300 per student in Wales. This goes nowhere near addressing the needs for funding for student support or reversing the cuts universities have suffered over the last ten years, let alone the rent and fee refunds Socialist Students is currently demanding. But it makes the £50 million released by the Tories – a laughable £25 a student studying in England – look generous!

Vice-chancellors (VCs) are under pressure to give tuition fee refunds which they (mostly) can’t afford. But they don’t want to give further legitimacy to the free education movement by lobbying the government to pay outright for fee refunds.

The VCs think they’ve found a compromise by calling for a 15-month freeze on the interest on tuition fee debt. It would ensure they still get the maximum tuition fees this year.

Scrapping interest rates only benefits those in high-earning jobs that pay off their loans. The majority of students do not expect to ever pay back their loans, because of low-earning and insecure work. An interest fee freeze makes absolutely no difference to what they will pay.

And it doesn’t benefit any international students either. They have to pay up front and are charged way over the £9,250 fees of home students. Many have been locked down in university halls due to university decision making.

An interest fee freeze is not enough, neither is fee compensation.