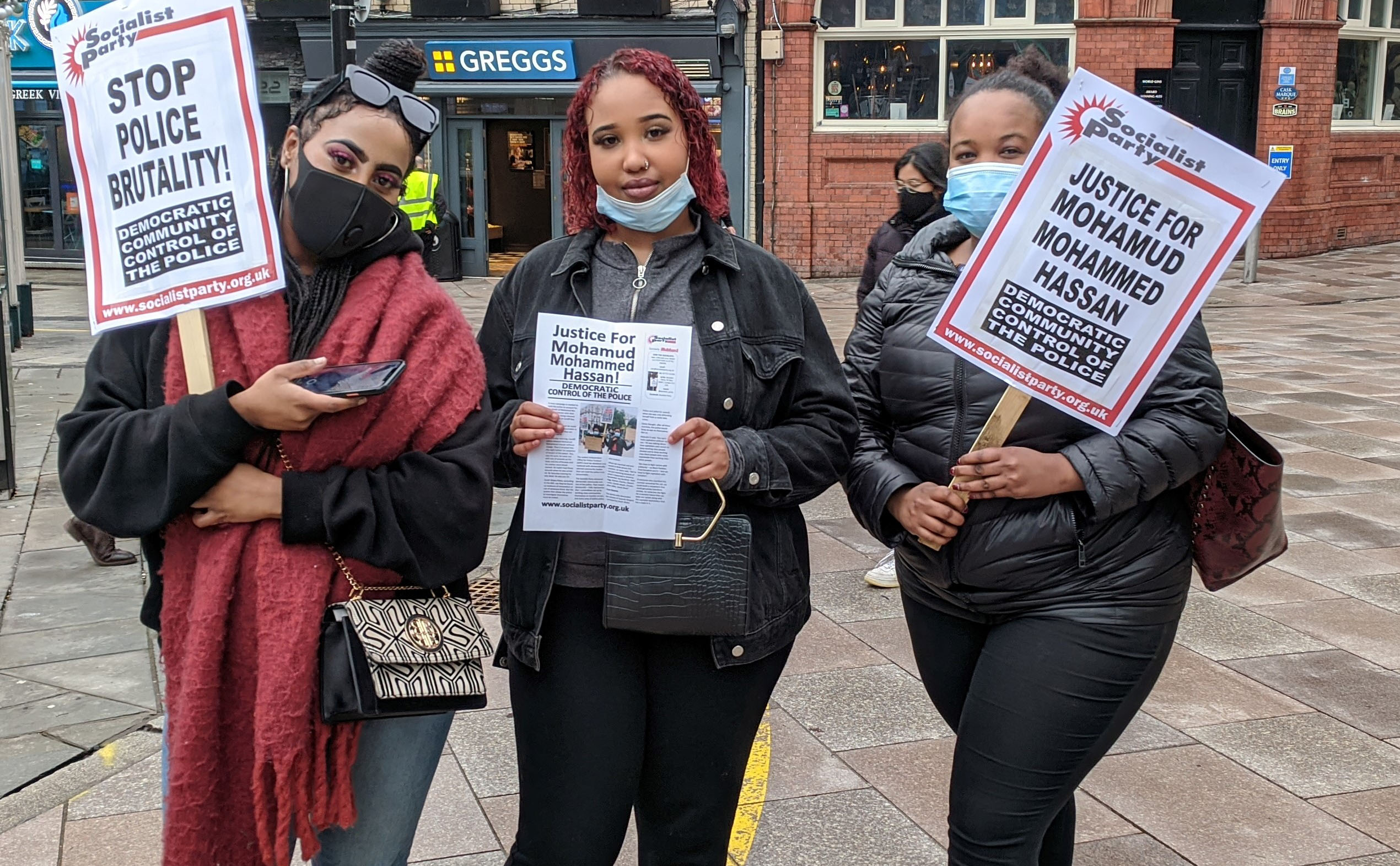 The Tories are widening their attack on our democratic right to protest. Before Christmas, the Socialist Party reported that Tory home secretary Priti Patel will make protesting outside parliament and courts illegal, and ban protests that prevent newspapers and ‘critical infrastructure’ from functioning.

The new law would give the capitalist state sweeping powers to crack down on protests and picket lines, which are already limited by several undemocratic restrictions. Now Patel has also announced plans to turn a populist attack on travellers into an attempt to make ‘intentional trespass’ a criminal offence, giving police powers to arrest anyone who protests on private land.

Capitalist governments are scrambling to gather powers to try and crush the protests that they can see coming, as a result of the discrediting of their system. Big business politicians have been exposed as willing to sacrifice our safety and lives for profit in the pandemic, and will be helpless to prevent the economic collapse that is coming in its wake.

Under cover of the pandemic, state forces have already begun to crack down on protests. Police even used Covid powers to force students in Plymouth to abandon plans to display a banner demanding rent refunds.

Five were arrested in London at a protest organised in solidarity with Mohamud Mohammed Hassan, who died shortly after his release from detention by police in Cardiff.

Protests in Cardiff were too big and too angry for police to get away with the same tactics. But police were willing to push protesters, who were socially distancing, in order to try and crowd them into a narrow space in front of the station.

One young protester was put in a headlock by an officer on the third day of protests. And Bianca Ali, from Cardiff and Vale Black Lives Matter, is facing a £1,000 fine for allegedly organising the protests. She says she will fight it in court.

The response to the threat of new anti-protest powers by Keir Starmer’s Labour Party has been weak. Starmer famously dismissed Black Lives Matter as a “moment”. He also criticised protesters who removed a state of slave-owning Edward Colston – after years of inaction by the authorities – as “totally wrong”.

His spokesperson merely said that they will have to “look at the detail” of the new laws before commenting. The movement will have to build a new political party if it is to have a voice that will use the political platform to rally the movement to defeat these laws.