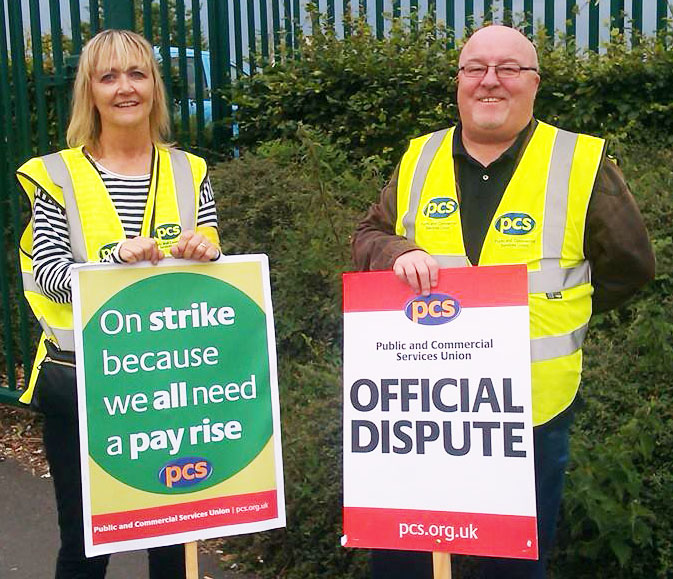 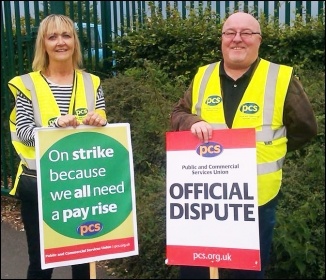 On 26 February the PCS union HM Revenue and Customs (HMRC) pay ballot closed. The turnout was 82.4% with 79.6% for and 20.4% against the deal. The deal is for 13% over three years, with a significant worsening of conditions for a large number of members – the detail of which is still being negotiated!

The result comes as no great surprise to Broad Left Network supporters, including Socialist Party members – who campaigned against the pay deal. With members kept in the dark about negotiations, a ballot with incomplete information, and the Left Unity leadership of the union pushing it and critically offering no fighting alternative, members were left with little choice.

The way these negotiations and the ballot have been handled is scandalous. It has meant that members have voted for changes that will affect them for more than the three-year pay deal – the consequences of which may well be unknown to the membership for some time.

Left Unity (and Socialist View, its dominant force), who lead the union nationally and at group level, has hailed the high turnout as a step forward for democratic engagement. We would say this was anything but, because the membership has been left in the dark by the employer.

Socialist View not only allowed this to happen but acquiesced. When it became clear that members would not have all the facts needed to make a decision, PCS should have refused to hold the ballot. But Socialist View’s intention was to secure a pay deal whatever the cost to the membership.

Broad Left Network members in HMRC are standing in the PCS national and group elections. New leadership is needed. The current leadership is prepared to trade our hard-won terms and conditions for money – this is not a pay rise!

We needed to build a campaign within the union and across the public sector to beat the pay freeze! This pay deal, involving the second largest group of PCS members, has major consequences for our ability to do this.

Nominations in the PCS 2021 President and NEC elections close on 11 March. We list below the Broad Left Network slate and encourage PCS members to support it.