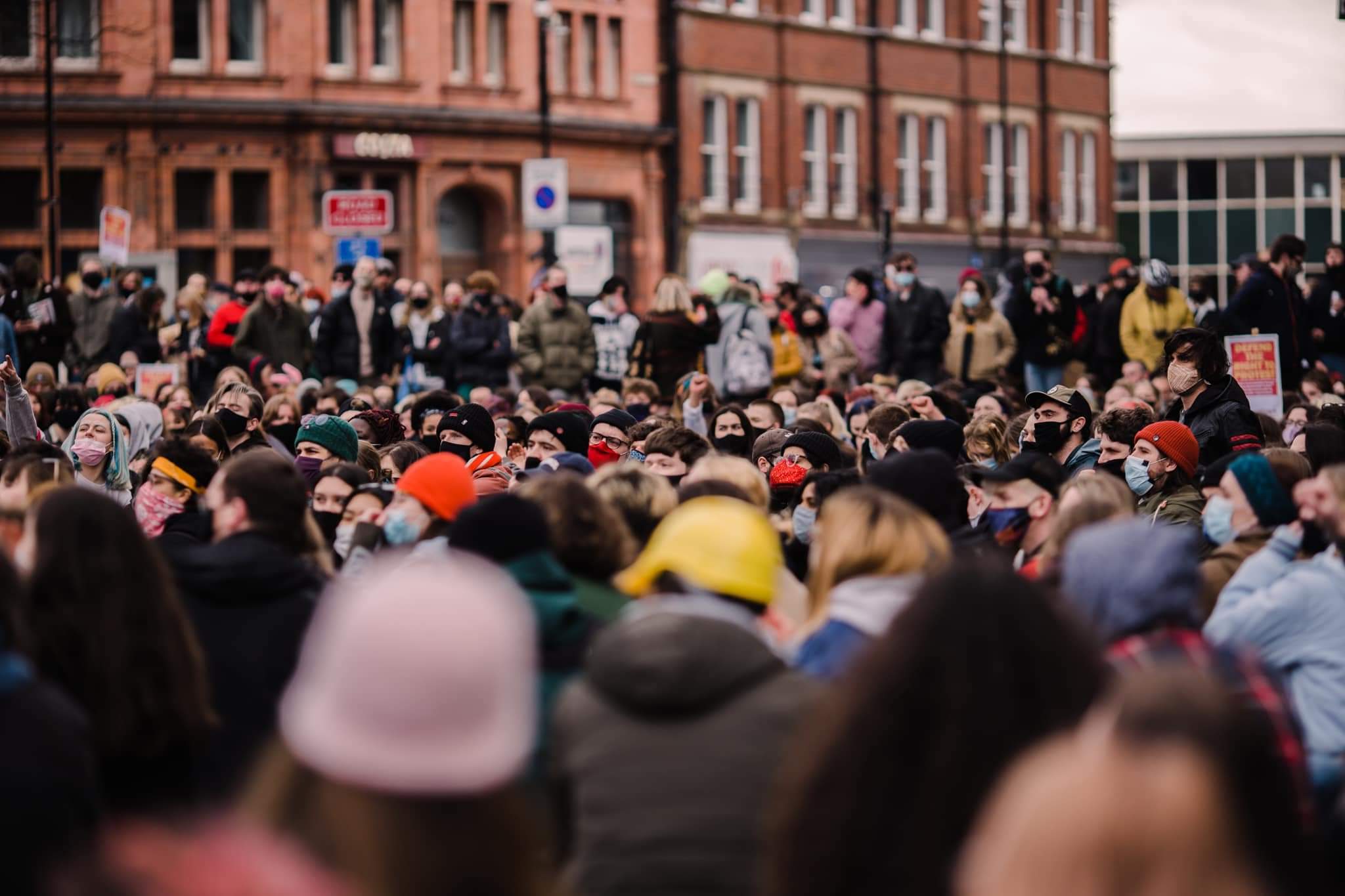 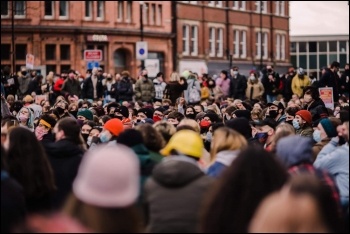 Demonstrating to defend the right to protest in Sheffield. Photo: Yorkshire Socialist Party   (Click to enlarge: opens in new window)

It’s no coincidence that the younger generations have been the ones spearheading mass movements for change throughout the pandemic.

Both sets of demonstrations also singled out the oppressive role of the police in opposing social change and perpetuating inequality. This idea has been central to the ‘Kill the Bill’ protests, which have seen a considerable youth turnout. We must also not forget the rent strikes launched by university students across some fifty-odd campuses.