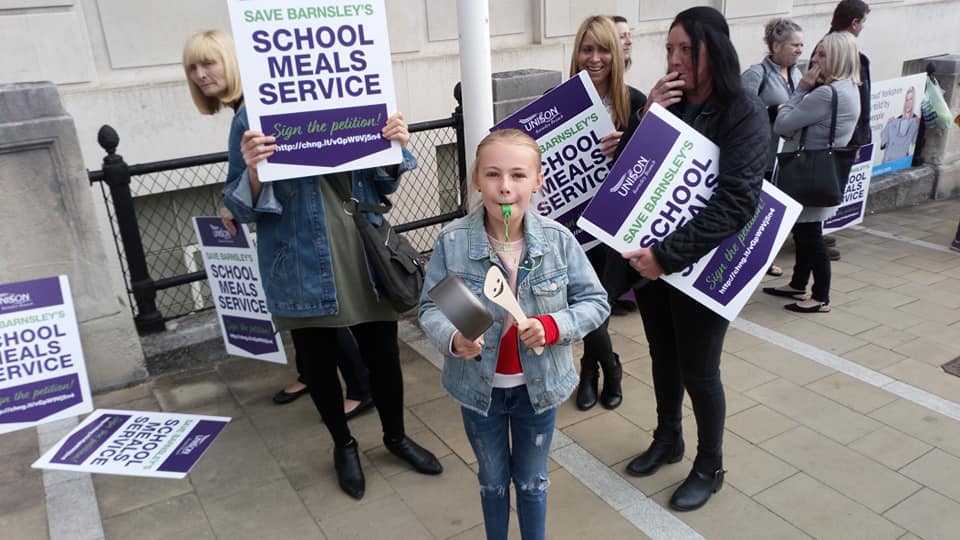 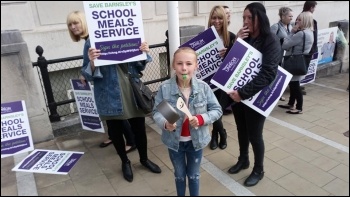 Despite the recent election of ‘Keir Starmer-friendly’ Christina McAnea as the Unison General Secretary in January, the elections for the national executive council (NEC) could see the union executive swing to the left. The nomination period has ended and there will be eight Socialist Party members standing in the election.

After ten years of austerity, Unison members are again on the frontline, fighting for their lives and livelihoods as the Covid pandemic turns into economic crisis. But throughout, Unison’s leadership has failed to defend members, caving in to pressure for national unity with the Tories. They refused to call meetings to debate and plan a strategy, and even threatened disciplinary action against activists who sought to organise.

McAnea is already proving she’s the ‘continuity’ general secretary. She declared that Keir Starmer – who is driving Jeremy Corbyn’s anti-austerity stance out of the Labour Party – is doing a good job. Her response to the 1% NHS pay insult was a slow hand-clap and window poster displays.

However, the nomination process also poses problems for a successful challenge to the right wing. A grouping called the ‘Members’ Team’, based loosely around Labour left activists and the Socialist Workers’ Party, voted for the closing down of Unison Action broad left, just before the nomination process started. This broad left which was initiated by and included Socialist Party members, had agreed that it would come back together to agree a slate for the 2021 NEC elections after failing to agree by consensus one candidate for the general secretary.

The Members’ Team brought together a slate with no regard to decisions they had previously made when part of Unison Action. Socialist Party members made clear their support for all existing left NEC members and called for their nomination in branches.

The Members’ Team, however, refused publicly to call for support for sitting Socialist Party NEC members Hugo Pierre, April Ashley and Jim McFarlane, and it is clear from the list of nominating branches that leading Members’ Team activists did not call for their nomination in their branches.

In Greater London, Unison Action agreed to nominate Socialist Party member Naomi Byron, who led a major campaign for full sick pay in a private sector NHS provider, for the low-paid members’ seat in a by-election that was abandoned because of the pandemic.

All three now face a battle to win those seats for the left, by fighting both a right and a Members’ Team candidate. Supporters of Roger MacKenzie, who was backed by Jeremy Corbyn in the general secretary election, are also standing against left-wing incumbents.

Unfortunately, the Members’ Team refused to meet or discuss a way forward following calls by Socialist Party members and others. Undoubtedly this refusal to meet was based on a move away from the programme that is needed to transform Unison into a fighting democratic union. They say they stand for “change” – but what change is needed?

The Members’ Team supported Paul Holmes’s general secretary election campaign, which dropped key aspects of the agreed Unison Action policy programme. The Members’ Team has moved further away and dropped the call on Labour councils not to make cuts and instead to fight austerity, and for an immediate 15% NHS pay rise.

They call for “a relationship with the Labour Party based on a willingness to fight the Tories, not socialists”, whatever that means! This change in particular must have been made to accommodate sitting Labour councillors who haven’t opposed cuts, to stand under the Members’ Team umbrella. This is something the left have been extremely critical of in the past; when right-wingers like John Gray and Chris Tansley vote as Labour councillors to make cuts but then sit on decisions our union conferences make to oppose cuts and to defend members’ jobs, pay, terms and conditions.

If the make-up of the NEC does shift left and those standing for ‘change’ are in a majority up against a right-wing general secretary, they will be tested.

Socialist Party members will be putting a clear programme to members for Unison to fight the public sector pay freeze, for national action to fight cuts and end privatisation and for democratisation of our union. We say not a penny more of members’ money to cuts-making and privatising councillors and MPs, and argue for a discussion about how to achieve a genuine working-class political voice.

Rules introduced by Unison to clamp down on democratic debate in the union mean that candidates for union elections cannot ‘invite or accept’ support ‘in money or kind’ from any entity which ‘is not provided for in Unison rules’. This article is produced without the authorisation of the candidates, in order to comply with these requirements.