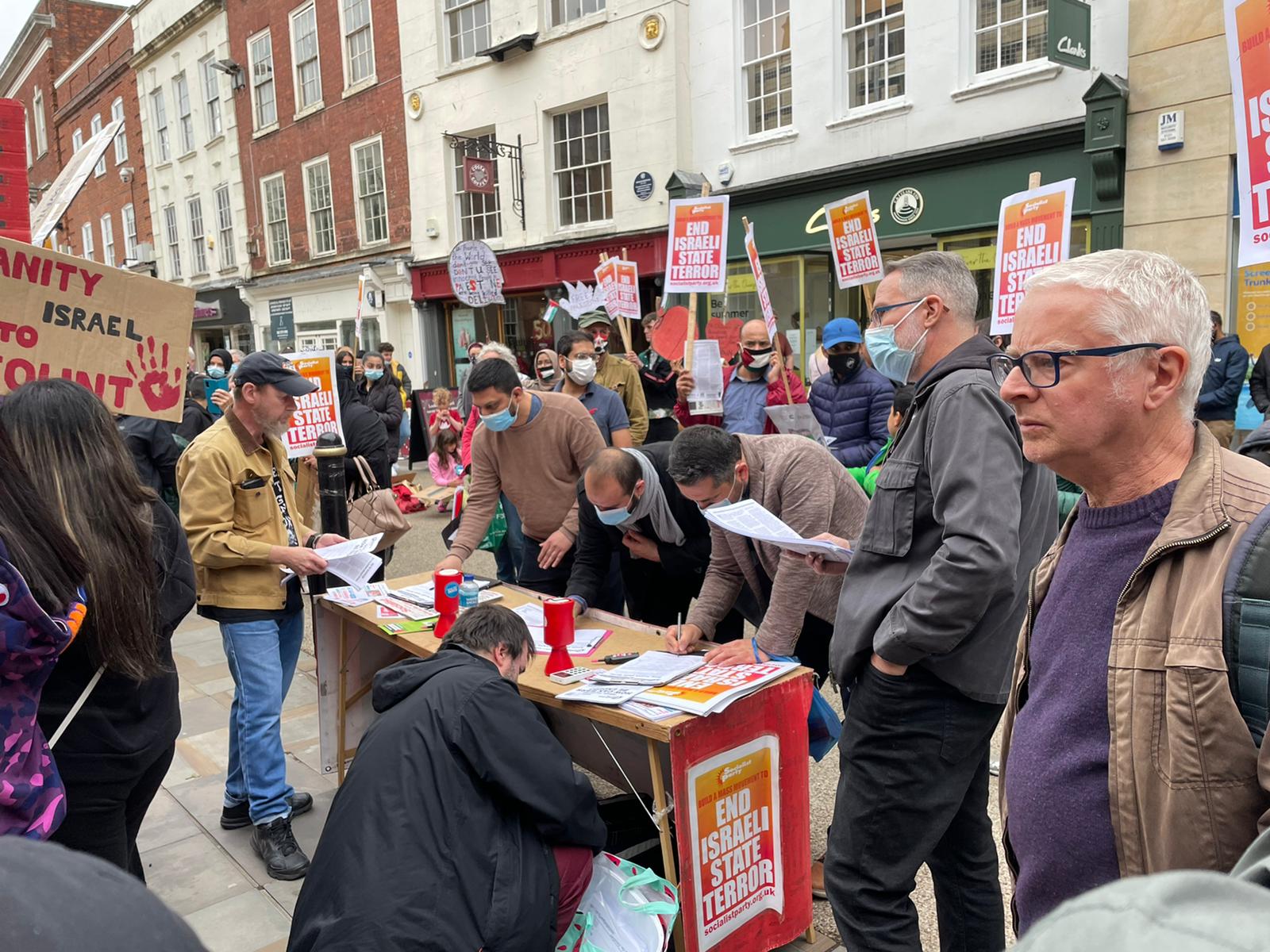 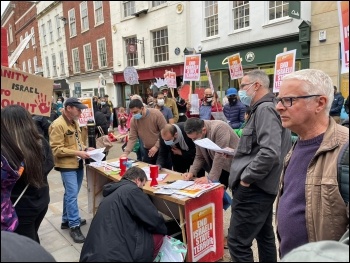 We decided to move the location of our 22 May stall to outside the Guildhall, and welcomed him and others to come along and show solidarity. It was one of our most successful stalls – 30 people joined us, over 20 bought a copy of the Socialist, and we raised almost £100 fighting fund. 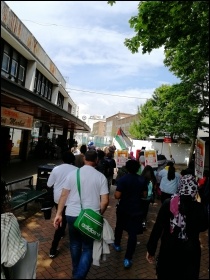 The smaller event raises the question of how to keep the momentum going. The first person we met on the protest asked us: “What can I do to help?” We pointed her to our West Midlands online meeting, and said to raise the issue in her union branch with the demands on our leaflet.

The demo of 300-400 people on 30 May was strong, youthful and lively. Steve Hedley, assistant general secretary of transport union RMT, highlighted the need for new mass workers’ parties both here and in Palestine.

We discussed with loads of protesters. We talked with some of the organisers of the Elbit demo in Leicester about our article in the Socialist on that protest (see ‘Leicester protest against arms supplies to Israel’ at socialistparty.org.uk), and what can be done to take that struggle forward. We sold 21 copies of the Socialist, and raised £16 fighting fund. 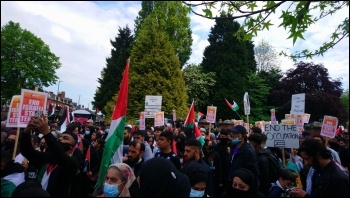