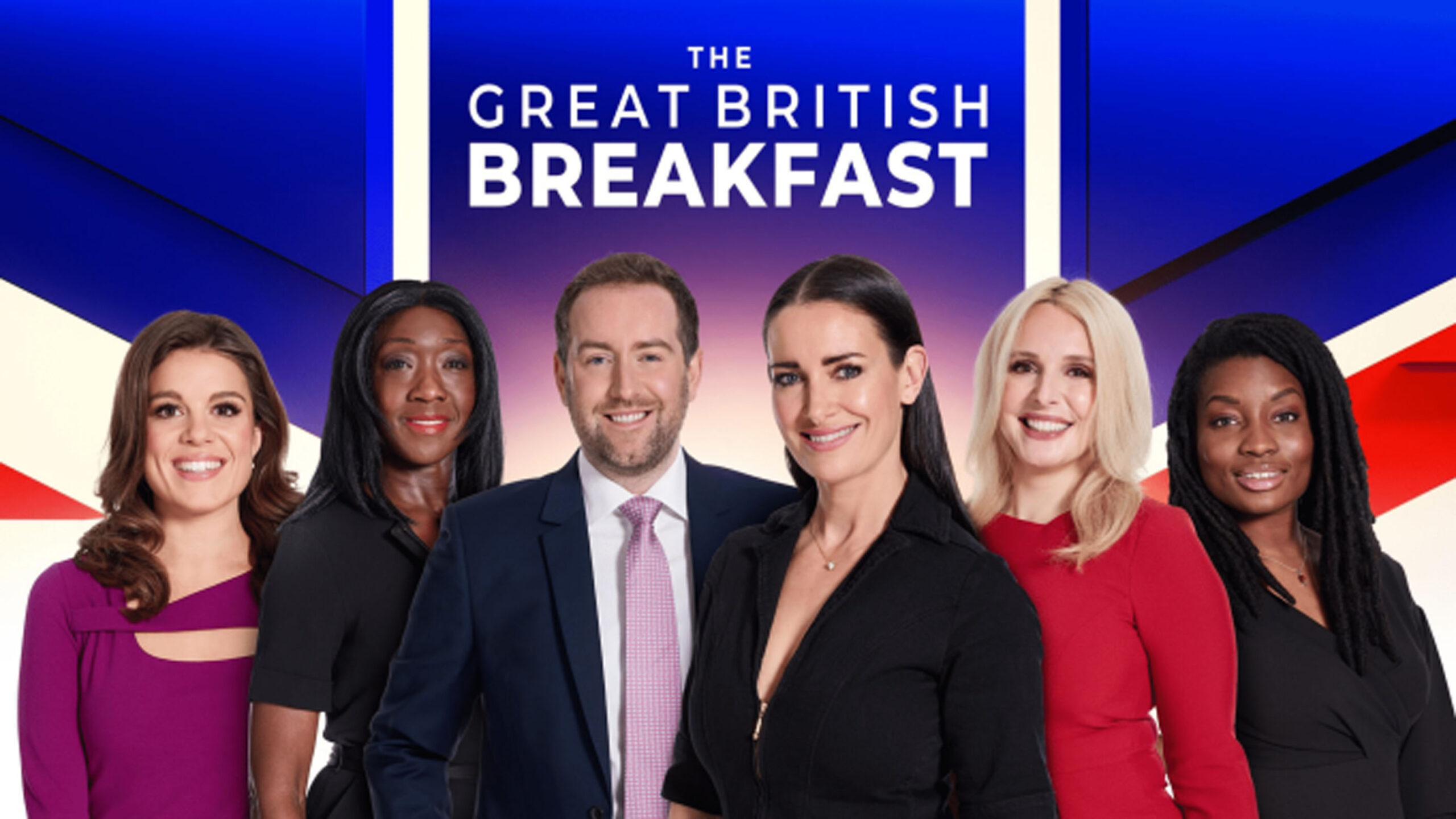 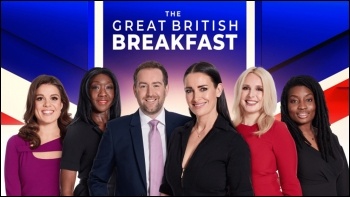 Already a number of companies have pulled their ads from GB News   (Click to enlarge: opens in new window)

You know when you switch on Freeview just on the off-chance that with all those channels there will be something good on? It’s always disappointing isn’t it? The launch of the GB News channel has done nothing to change that.

Although the channel employs 120 ‘journalists’, it will not actually report the news. Instead, opinions will be aired via a series of studio-based discussions, interviews with selected guests, viewer phone-ins and vox-pop interviews with the public. If you watched Steve Coogan as Alan Partridge presenting spoof daytime TV show ‘This Time’, you will be familiar with the format.

There are certain differences between GB News and other sofa-based TV shows. For a start, it’s dark.

Studio backgrounds are black with some blue neon detailing – like the corridor of a multiplex cinema or the small meeting room in a death star. Which is entirely appropriate; the chair of Liberty Media, which has links to GB News, was once called “Darth Vader” by Senator Al Gore.

Presenter Andrew Neil, who is already ‘taking a break’, said the mission of the channel is to “inform, inspire and entertain”. Its success or failure must be measured against that.

I’ve certainly learned something – did you know that Jeffrey Epstein was not a paedophile but an “ephebophile”? Me neither.

For entertainment, you’d be churlish not to give the GB News crew at least half a point. Technical glitches there were a-plenty, with loss of audio and video, interviews cut across by jingles and station idents, drilling noises from next door, and phone-in calls from ‘Mike Hunt’ and ‘Mike Oxlong’.

It’s low and unedifying entertainment though, like watching someone you don’t like have a very minor accident. Because it’s unscripted, the fun unfolds very slowly.

And there is the evil thing. Despite Andrew Neil’s opening statement on GB News that they would “empower those who feel their stories, their opinions and concerns have been ignored or diminished”, the list of presenters does appear to include a high percentage of what I would think of as ‘wrong ‘uns’:

Ex-MEP Alexandra Phillips. In 2017, she assisted Uhuru Kenyatta to win a general election in Kenya, despite his indictments for crimes against humanity. To be fair to Phillips’s former client, the indictments did fail due to lack of evidence, albeit following the deaths of key witnesses

Happily GB News seems already to be in trouble. Vodaphone, IKEA, Kopparberg, Nivea, Pinterest, Specsavers and Octopus energy have all pulled their ads, calculating that they might actually be damaged by associating with the notion that “lockdown has been the biggest single mistake in human history”, espoused by the GB News in-house historian Neil Oliver.

The channel, with a £60 million start-up fund – £20 million each from a hedge fund and a media corporation based in Dubai, plus another £20 million from US-based Discovery channel – is unashamedly “proud to be British”.

A possible fate is that of satellite channel ‘L!VE TV’, which became extinct in the 1990s, despite its offer of topless darts, the News Bunny and the bounciest weather reports on TV. Look it up, it’s actually worse than you think.

GB News is ‘right leaning’ in the same way that the Titanic was ‘forward leaning’. At its launch, GB News gained just over 300,000 viewers – narrowly beating BBC’s rolling news channel, but looking a bit sad against the 3 million who tune in for the BBC news at six.

Its breakfast show attracted 78,000 viewers – slightly less than the number of Conservative Party members who gave Boris Johnson the leadership of the Tory Party. The demographic is the same, skewing heavily towards the elderly. There is no future in GB News’s dreaming.