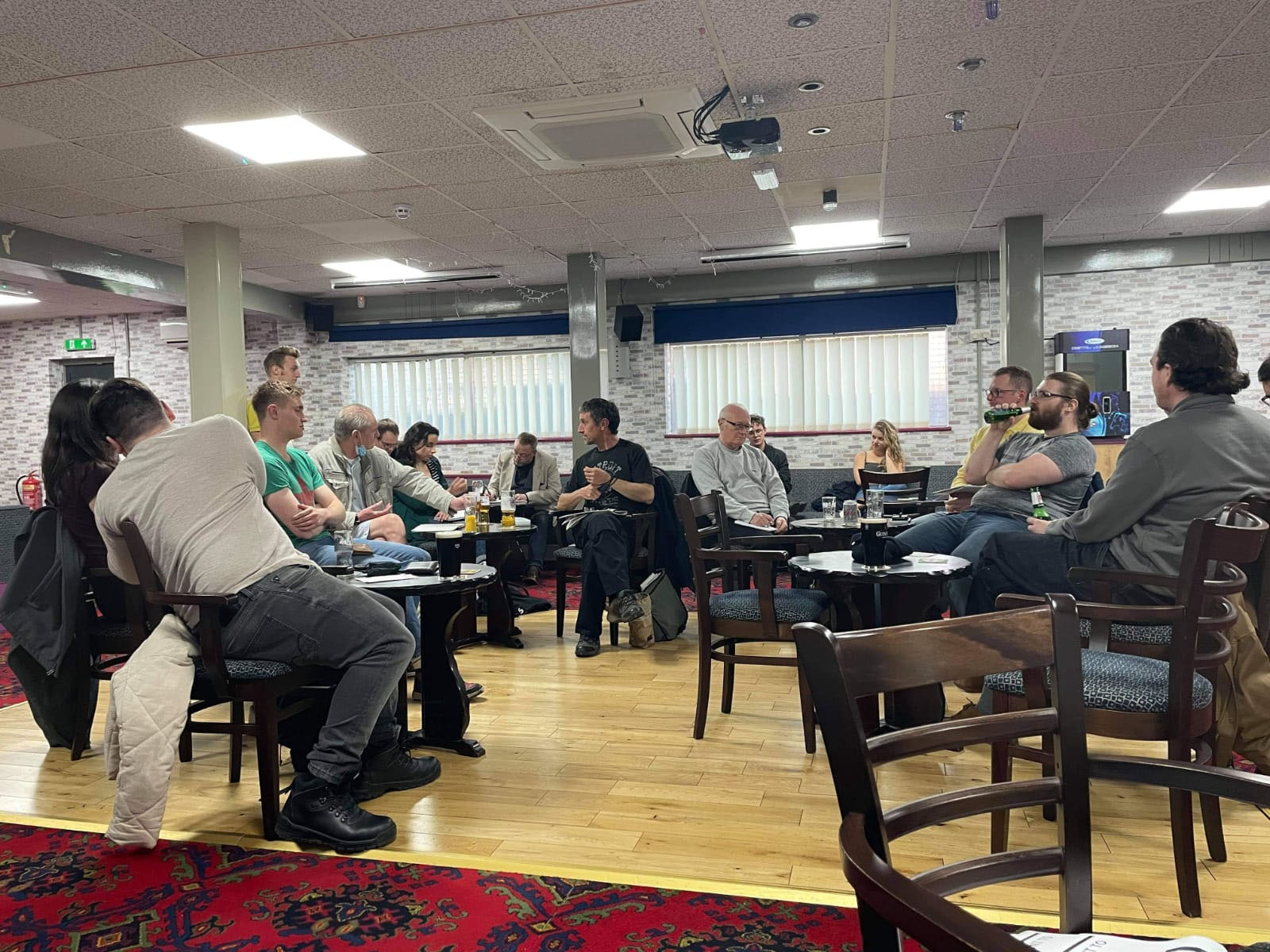 Eleven attended in person the first physical meeting, with ten on Zoom. Our community centre meeting room is well ventilated and large enough for two-metre social distancing, which more than satisfies any concerns members have, some of whom nevertheless continue to wear a mask during meetings.

Everyone agrees that it is great to get back to our in-person meetings, where comrades can exchange ideas much more easily, have a bit of banter, and an informal drink and catch-up after. Our political discussions are much more fruitful in person, and our weekly activities a lot easier to plan and organise.

We all feel more of what we actually are – an activist party, rather than Zoom ‘cyberspacers’. And that is reflected in more of our members coming out on Socialist Party campaign stalls, and going down to support the growing number of picket lines.

The handful of members who still feel uncomfortable about attending in person, because of health reasons or just waiting for their second jab, are, however, still catered for on our Zoom link. But they are desperate to return too.

They will hopefully start joining us over the summer, as the in-person attendance grows, and the Zoom participants get even smaller. “It’s great to be back”, was the unanimous response of members as we wiped down the tables and chairs and headed home, via the pub, for even more discussion. 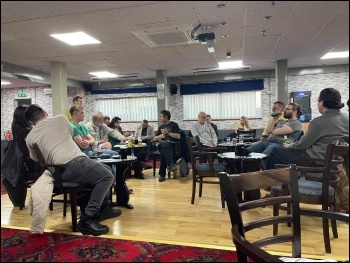 Since the end of May, we have been enjoying the chance to meet together in person again, as well as a return ‘home’ to the working-class suburbs, where we have a long record of campaigning.

Socialist Party members – who have previously only seen each other from opposite ends of a webcam, because they joined during lockdown – have been able to get to know each other that bit better. With discussions on everything from the Russian Revolution 1917 to the latest round of Tory corruption scandals, these meetings have given us motivation to go out and spread the ideas of the Socialist Party, and make sure we have even more new faces at meetings to come.

We sat socially distanced around the kitchen table. The other half of the membership was on Zoom. One member brought a sound amplifier, so everyone could clearly hear the call.

One member provided us with a riveting introduction on the life of Fred Hampton. Very few of us had heard about this amazing Black Panther.

Our first hybrid ‘in-person and Zoom’ meeting was around the anniversary of the Battle for Orgreave. I spoke about the great miners’ strike 1984-85 – ‘a civil war without guns’. 24 attended altogether, including many new young members not even born in 1984.

We sat in our garden, with more people joining on Zoom. All our May council candidates were there, and we discussed standing again in a by-election. It was a real breath of fresh air (literally) to see comrades again in the flesh, and discuss without having to stare constantly at a screen.

Even those on Zoom were also excited to see us in the room. Those who can pledged to come when they can, and others who can’t offered to help pay for the room.