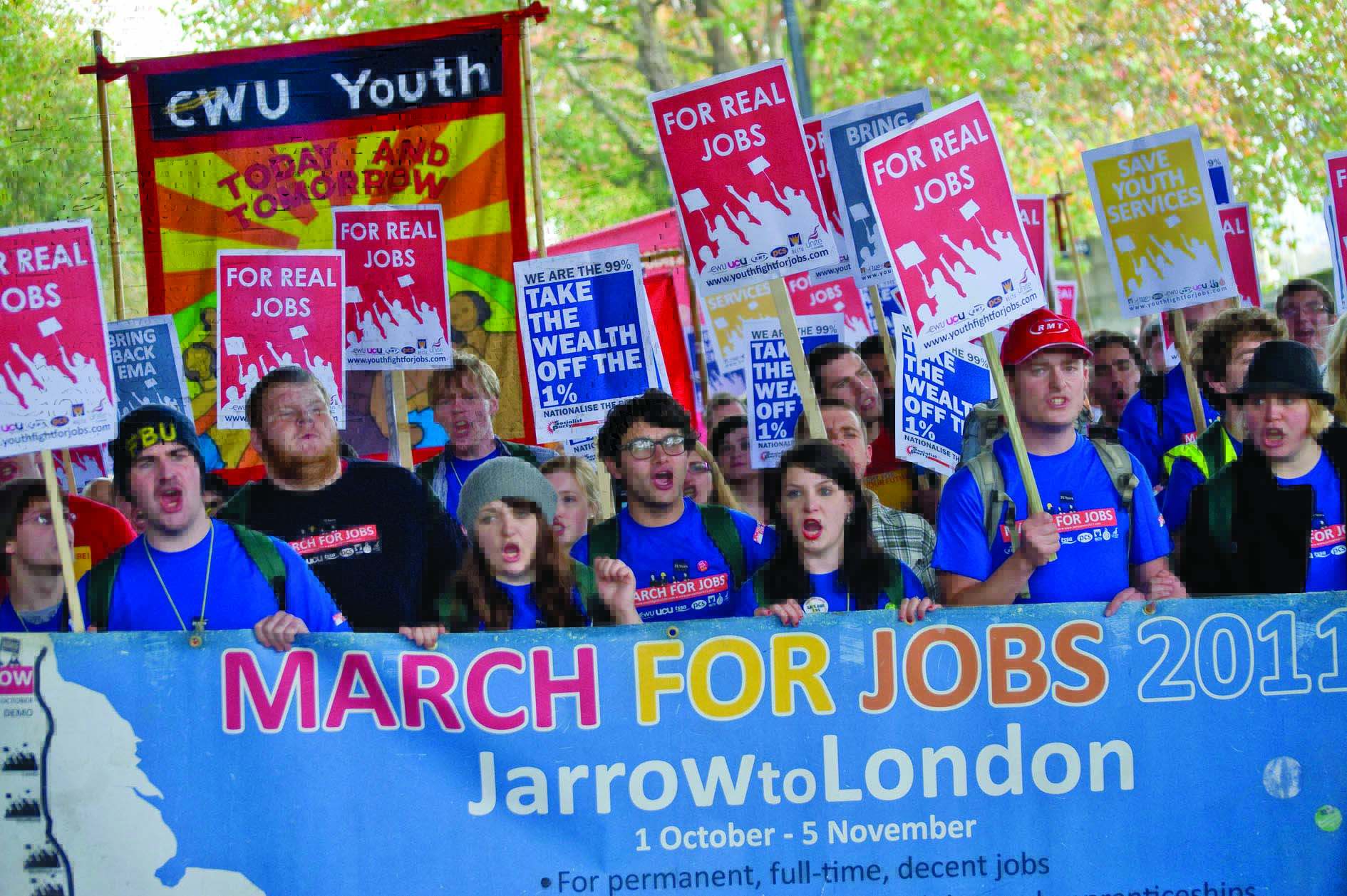 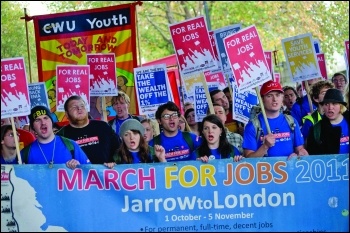 Youth fight for jobs on the Jarrow March in 2011   (Click to enlarge: opens in new window)

Youth Fight for Jobs is back. We have been on the streets campaigning for the right to a decently paid job for young people.

But the issue of housing is also crucial. Our housing demands – for rent control and council homes – fit alongside our demands for better jobs and equal rates of pay.

House prices leave young people in a position where we are forced to rent. That comes with its own problems, such as unscrupulous landlords breaking and bending housing laws in order to extract as much profit as possible.

The housing needs of young people have been systematically forgotten and ignored by successive governments in Westminster as well as by devolved powers like in Wales. Our needs are not complex – all we want is good-quality, affordable housing.

Implementing demands such as rent control and harsher penalties for greedy landlords is not difficult. However, the Tories would rather keep the £11 million donated to them by various representatives of the property and rental market than fix very apparent issues.

The government is clearly on the side of big business landlords, not young and vulnerable people. That’s why Youth Fight for Jobs is organising youth marches across the country on 9 October.

If you want to help out, you can find campaign ideas here: ‘Youth Fight for Jobs is back’ at socialistparty.org.uk. Or get involved by contacting us via: