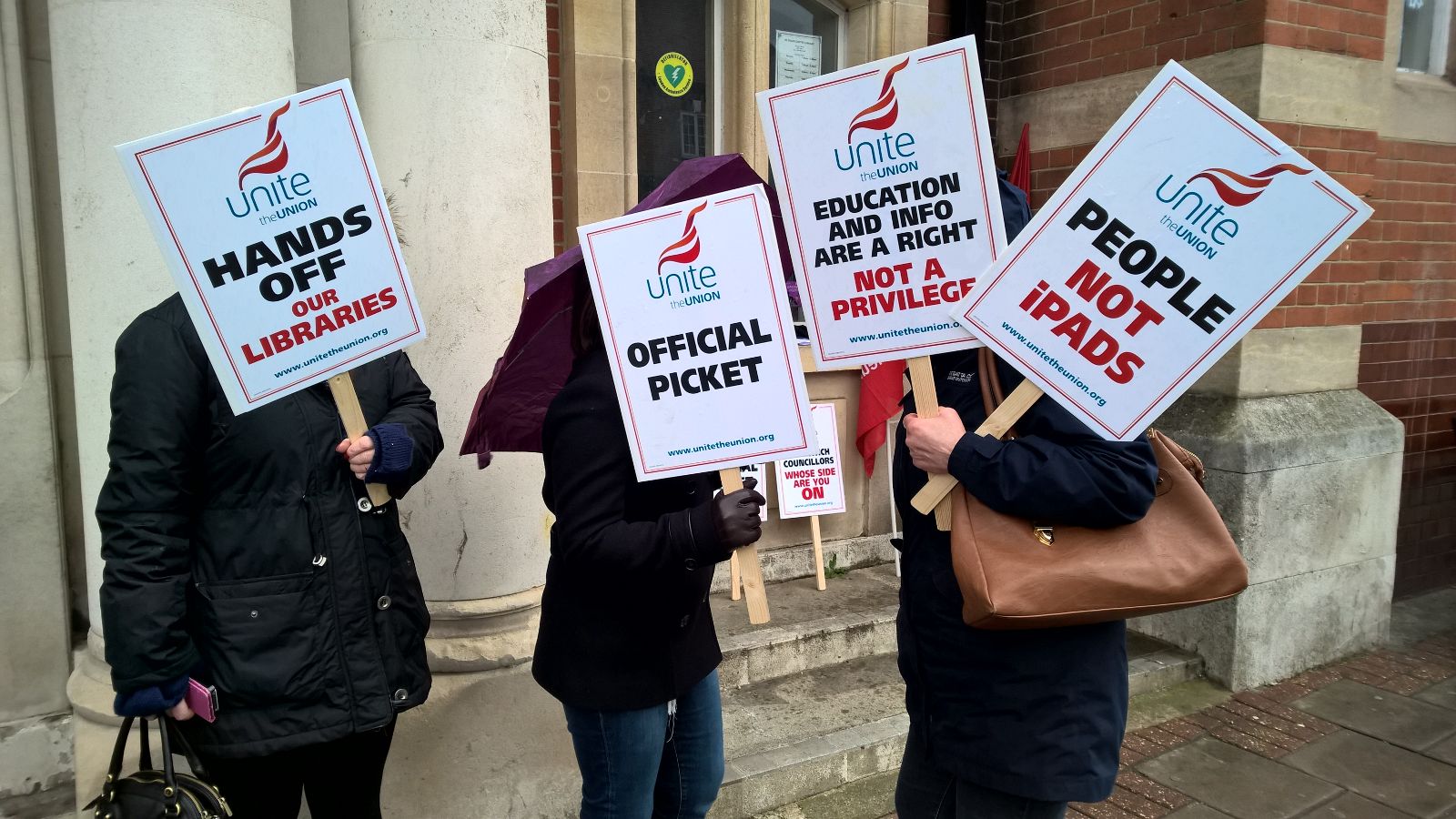 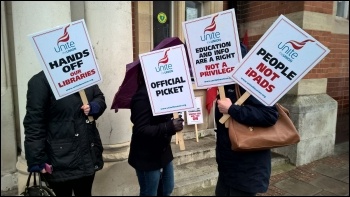 When Greenwich was campaigning against library cuts and privatisation   (Click to enlarge: opens in new window)

Outsourcing is the scourge of public services. It is the twisted idea that a company with no ties to the community could step in and do a better job than the public sector. That is demonstrably false. Library workers in Dudley, in the West Midlands, are the latest victims.

Greenwich Leisure Limited (GLL) is known for low-balling contracts, and then gutting pay and conditions. They are a ‘social enterprise’, but happily implement dodgy zero-hour or near-zero-hour contracts.

They regularly refuse pay rises that match inflation. And understaffing puts immense strain on the workforce. The money they are paid to supposedly provide public library services is used to prop up their failing leisure business.

But the trade unions are fighting back. Unite and Unison organised a public meeting on 29 July via Zoom. Onay Kasab, a Unite officer in London, outlined the tactics used against GLL in the past – picketing their national headquarters, and letting their partners know about the despicable company that they work with. Strike action by the workers can force GLL back.

Onay also made it clear, rather than privatising, local authorities can legally pass needs-based, no-cuts budgets. They can then use reserves and borrowing powers to fill the funding gaps in the short term, while campaigning to win back the money from central government.