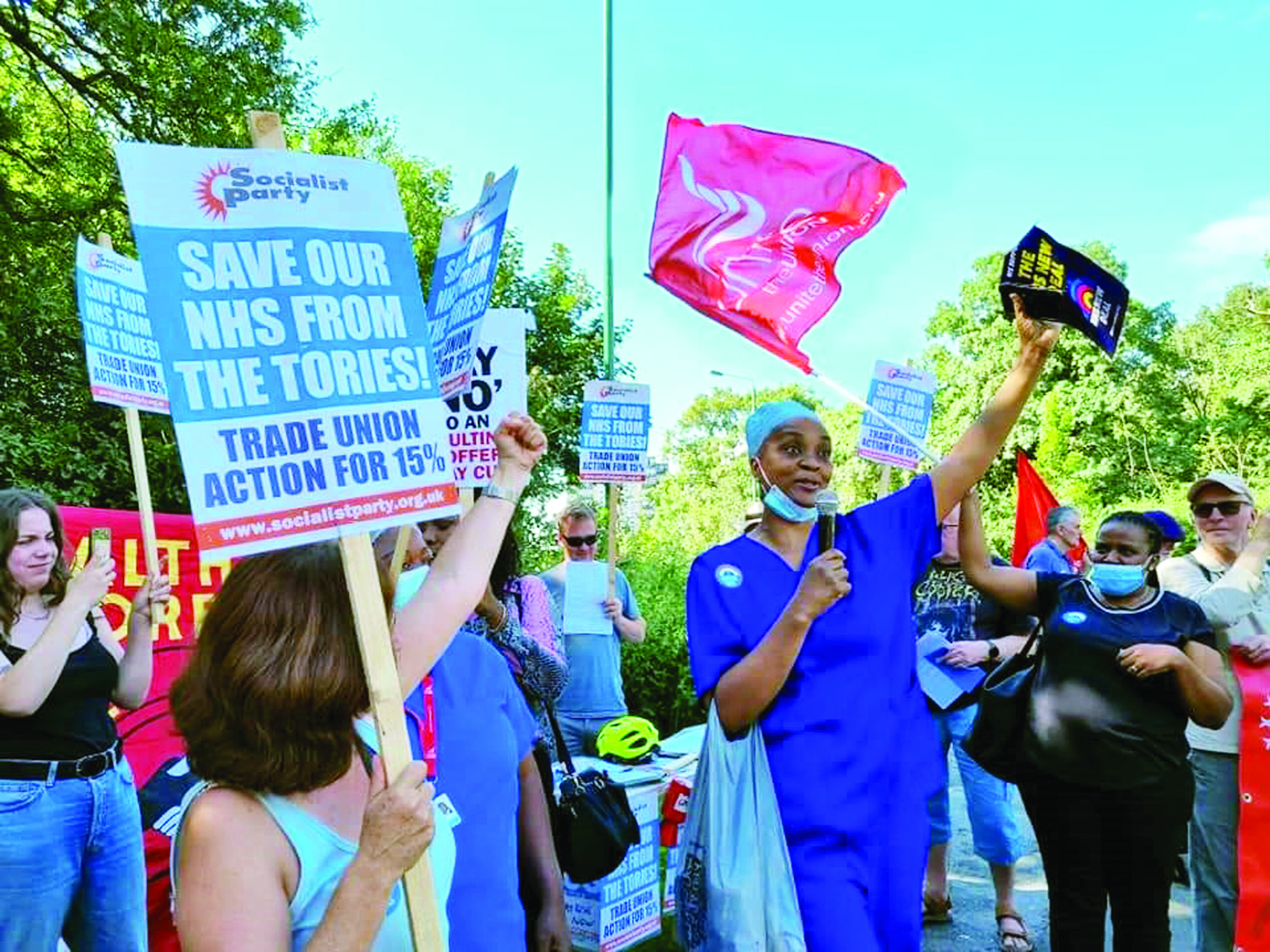 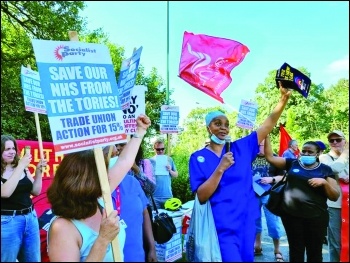 You couldn’t make it up. As workers in health, local government and education are balloting on insulting pay offers from the government, Johnson and the Tories announce yet another pay cut: a 1.25% increase in National Insurance contributions!

Are they so arrogant they can’t see they are pushing workers into a corner where we will have no choice but to vote to strike?

Already huge numbers of workers are struggling from one payday to the next. Low pay, chronic understaffing and overwork mean many thousands of NHS workers are thinking of leaving their jobs.

The 3% offered to NHS workers was already a pay cut. Inflation is due to reach 4% by the end of the year. Many of the lowest-paid are already facing a cut of £20 per week in their Universal Credit payments from the end of September. Tory minister Thérèse Coffey thinks claimants should simply work extra hours to fill the gap!

Union members up and down the country have a chance to vote to reject the pay offers, and to push for their unions to build for strike action, coordinated across the public sector.

The Tories may act like they can do whatever they like, but they are weak and divided. A strike of the public sector – some of the key workers who have kept the country going since the Covid pandemic hit – could force yet another humiliating government U-turn.

As well as taking industrial action, our unions need to nail the lie that the money isn’t there for wage rises or increasing spending to provide the public services that we so desperately need.

Instead of increasing National Insurance and hitting the lowest-paid hardest, the government should be using the enormous wealth salted away by big corporations and the super-rich for the benefit of society as a whole.

In May, the Sunday Times Rich List showed that in the first year of the pandemic the wealth of UK billionaires increased from £490.7 billion to £597.2 billion.

That extra £106.5 billion, and ongoing proper taxation of the super-rich, could pay for a fully funded NHS and social care system free at the point of use, with plenty left over to invest in council services, schools and public transport.

We need public services run for need, not for profit. That means bringing health, care and other services into public ownership to be run democratically by workers and service users, as part of a wider socialist planned economy.