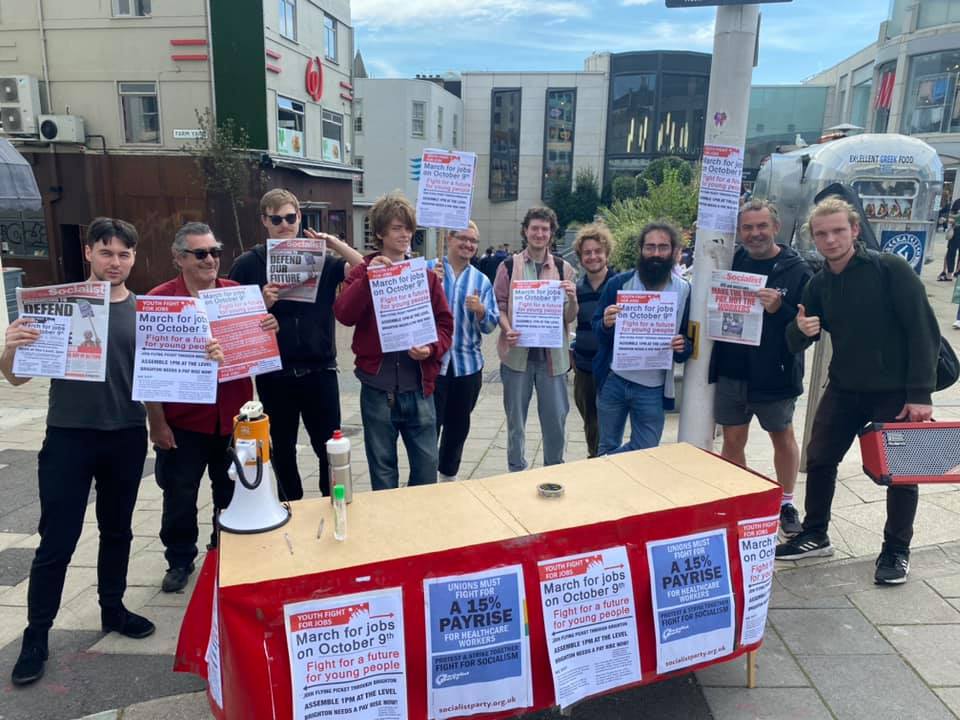 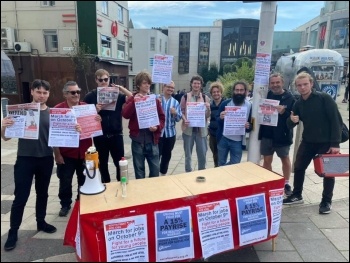 Setting up at 11.30 at the main shopping centre in Churchill Square, we flyered with specific Youth Fight for Jobs leaflets, and asked people to sign petitions about low pay and casualised work. Nick, a Socialist Party organiser, spoke on the megaphone, explaining our purpose – a fight for a living wage of £15 an hour, secure contracts and decent working conditions.

A carpenter and his partner were new parents, and bemoaned the fact that his work took him away from home for days at a time. His self-employed partner is not allowed to claim maternity pay, a measly £90 per week for self-employed people, and do work in her business simultaneously without facing losing her maternity pay. So she must choose between the stress of raising a child and letting her business rot, an unenviable position for both of them.

Later we went ‘guerrilla leafletting’ staff in big chains with poor reputations for treating their staff like animals. In these shops we found people willing and interested in taking our flyers, while one of us distracted the manager by posing as a customer.

The day was a great launch, the Socialist Party raised over £60 in donations to the fighting fund, the most we have raised on any day yet this year. We have been seeking support for the campaign from local trade union branches and the trades council. But although important, it is not a prerequisite for our members to get stuck in and take effective action to further this vital campaign!