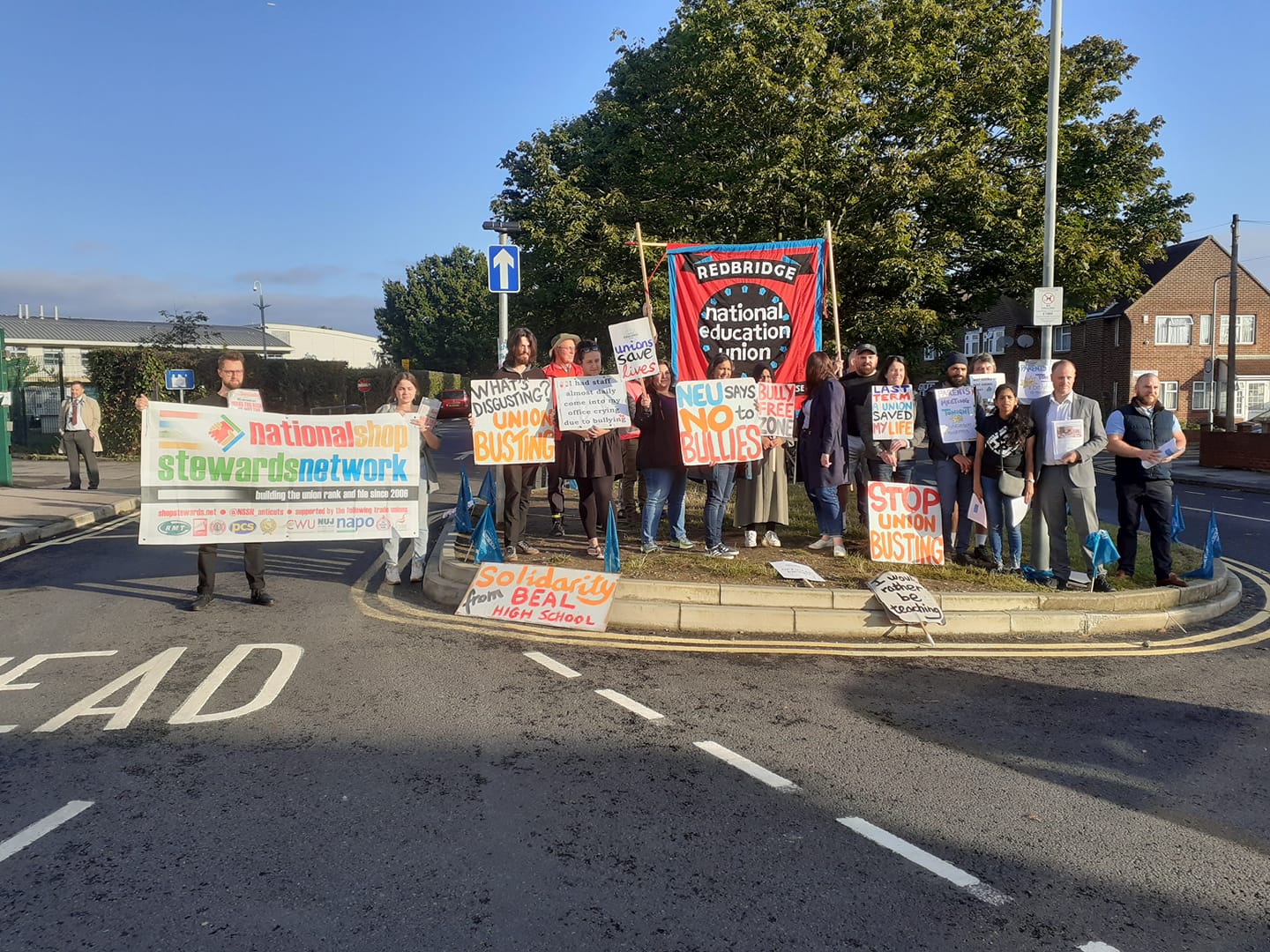 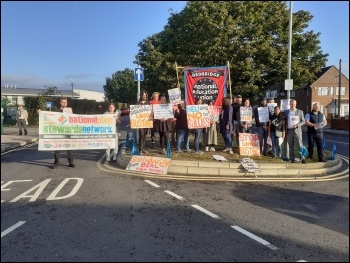 Steadfast strikers were back on the picket line from the second week of the new academic year. The National Education Union (NEU) rally on 11 September was even bigger than last term’s protest at Redbridge Town Hall.

The strike last term forced the head to call repeated ‘sports days’ – even enticing former students to cover them with a free lunch. She has now stooped to a new low.

The school apparently called in agency staff to cover the strikers’ classes, which is against the law. The NEU alleges that management also falsified the records. The police have received a crime report from the union. No peep from the Labour council.

“I had staff almost daily come into my office crying…” “The staff turnover rate is alarming, staff morale at an all-time low…” “I was physically sick on the way to work most days due to anxiety…” “I have never experienced as toxic an atmosphere as the one at Oaks Park…”

These stories – and worse – can be heard on emotional Oaks Park picket lines. It is outrageous, but sadly inevitable, that some stories feature students as well as staff.

Strikers cornered the council’s director of education, Colin Stewart, on the 8 September picket line. He denied the avalanche of testimonials amounts to a pattern of bullying!

He and other NEU members had invoked ‘Section 44’ health-and-safety law at the height of the pandemic. They protected lives by refusing to enter unsafe, packed classrooms and instead taught remotely.

At the rally on 11 September, Labour was warned. NEU executive and Socialist Party member Louise Cuffaro said: “There are elections coming. Watch out!

“We won’t be voting for you. We’ll be voting for people from the community, from the trade union movement, who are prepared to stand up and fight back.”