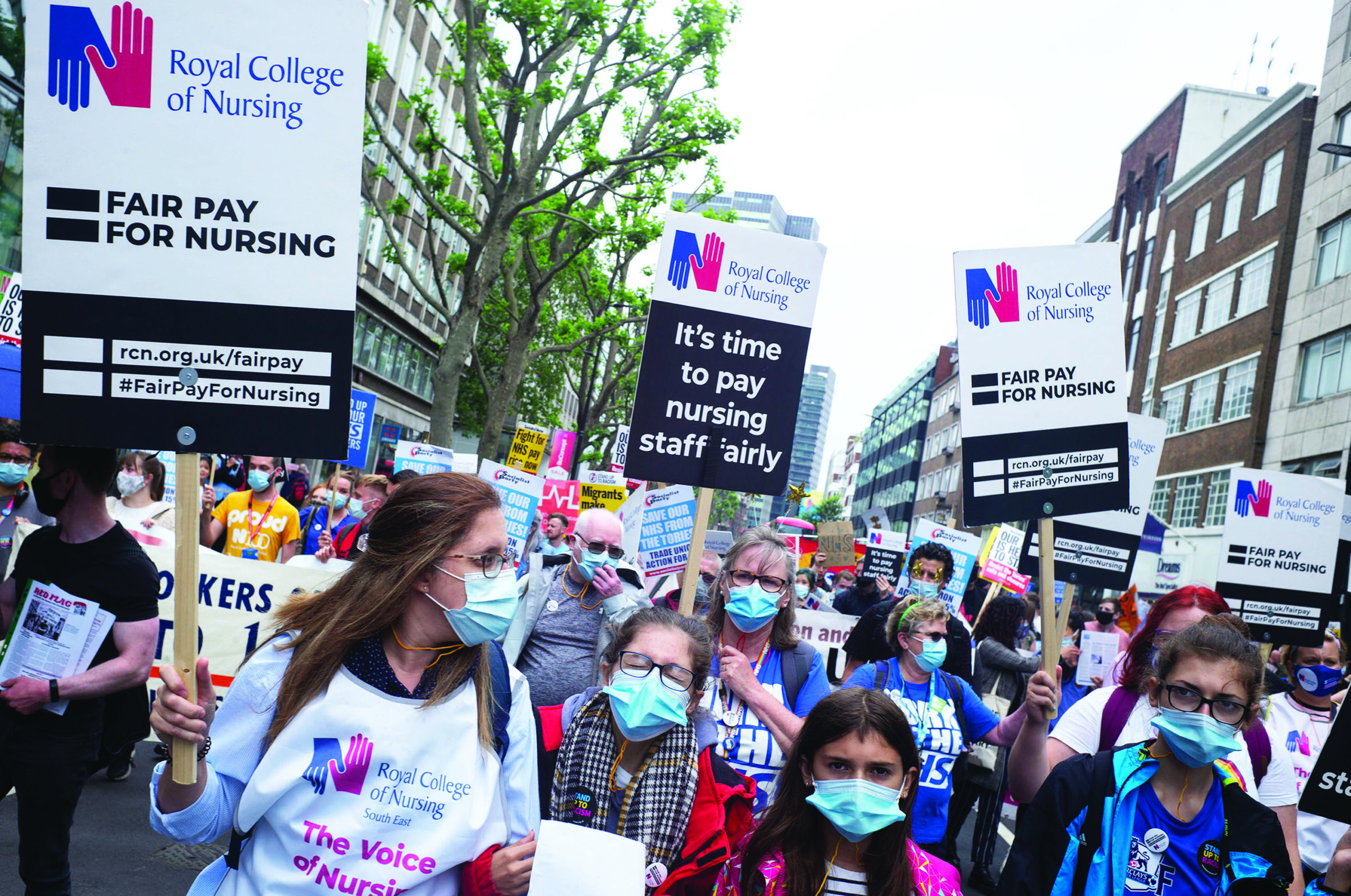 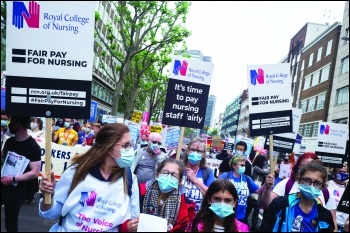 GMB union members have voted 93% in favour of rejecting the 3% pay deal for NHS workers, triggering the union to go straight to an industrial action ballot. We need to keep the pressure on in all the health unions to co-ordinate ballots for strikes. We have seen encouraging turnouts so far across the board and need to act on the overwhelming reject figures decisively and quickly.

Another consultative ballot would risk causing ballot fatigue. The results we are seeing suggest there is enough of an appetite for strike ballots now, and delaying may lead to a decrease in the turnout.

GMB hasn’t released its turnout figures, but there are indications of a turnout well over 50% in some areas. Turnout in the consultative ballot of Royal College of Nursing (RCN) members was 25.4%, with 91.7% voting to reject. This is the highest ever turnout for a consultative ballot in RCN.

We need to see joint decisive action from our unions. We call on the unions to move to formal industrial action ballots and coordinate big campaigns to help mobilise the numbers we need to reach the threshold set out by the Tory anti-trade union laws.

We need strike ballots now, to give confidence to our members and send a clear message to this government that NHS workers have reached our limit, and we are willing to take action for ourselves, our patients and the future of the NHS.

NHS workers organised in Unison have voted to reject the Tories’ insulting 3% pay offer in a consultative ballot. 80% of those who voted opposed the real-terms pay cut, demonstrating the depth of anger among staff.

The growing mood for change cannot risk being derailed. Unison should now move to an industrial action ballot to demonstrate to both members and the government our willingness to fight. Socialist Party members on the Unison health service group executive have argued for this approach; delaying is only diluting the mood of anger.

Unfortunately, a move to ballot now was defeated by the right-wing majority on the health executive.

As the Socialist goes to press, Unison health conference is ongoing. Socialist Party members supported an emergency motion arguing for the conference to overturn the position of the health executive, forcing the leadership to move straight to an industrial action ballot.

Undemocratically, the Unison health leadership ruled emergency motions out of order, denying delegates the opportunity to overturn its decision. The deadline for motions to the conference closed weeks ago, long before the health executive’s decision to delay.

Tory anti-trade union laws mean that any strike ballot needs to have a turn-out of over 50%, with a majority voting to strike. The turnout in Unison’s pay consultation did not reach this threshold but the union leadership’s inaction meant many workers were unaware the online consultation was even taking place!

The best way to ensure that the threshold is met is to build the momentum, go to an industrial action ballot, and back this up with a concerted campaign, using the full weight of the union’s resources. This means workplace leafleting, mass meetings and linking with other health unions. The leaderships of the health unions must come together immediately to coordinate strike ballots across the NHS.