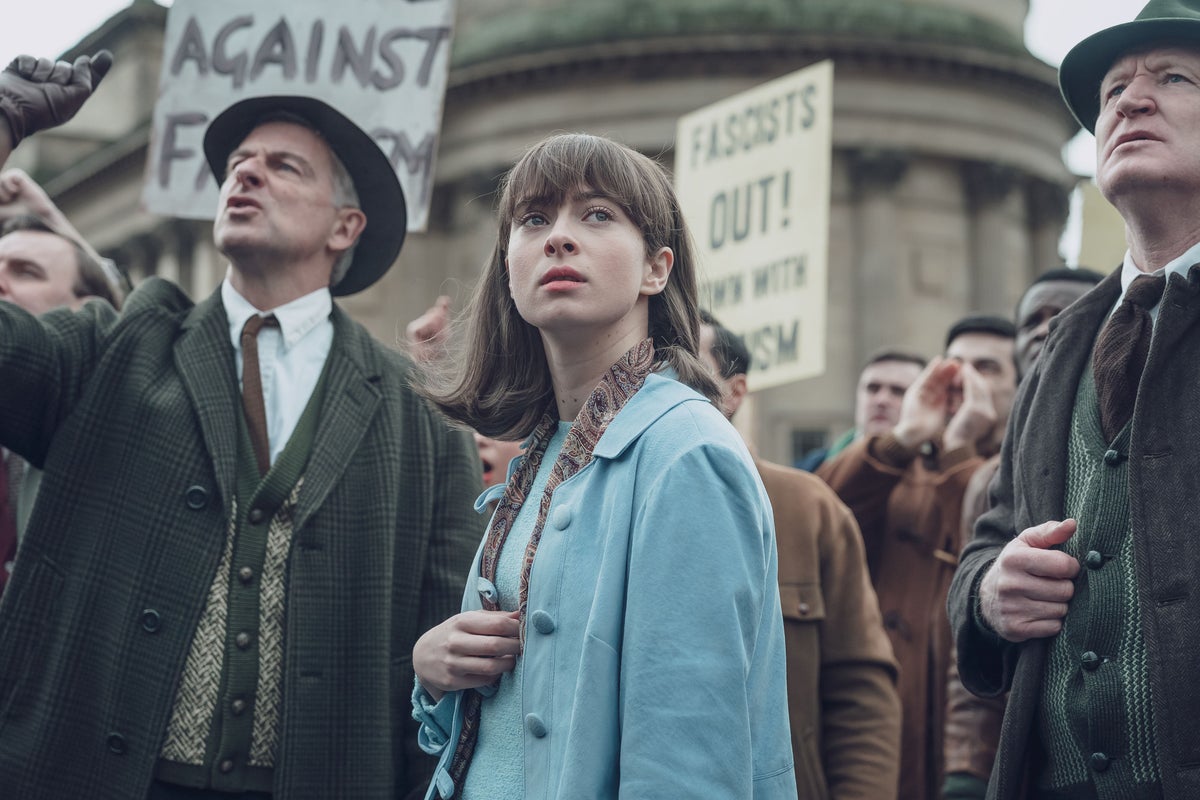 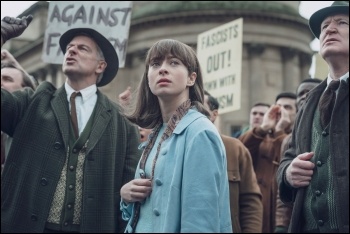 The new BBC 1 drama ‘Ridley Road’ is based on true events: the struggle against fascism in the early 1960s. It opens with the shocking scene of three characters giving Nazi salutes.

The story centres on the 62 Group. Its members were inspired by previous struggles against fascism – in Cable Street in the 1930s, and the 43 Group in the 40s. The 62 Group used coded messaging to tell supporters where to gather to storm meetings, protests and headquarters of the Nazi groups, as well as wiretapping and infiltration. However, their brand of direct action was not condoned by everyone in the Jewish community.

The programme shows a 1962 rally in Trafalgar Square with a banner saying ‘Free Britain from Jewish Control’, and swastika flags. The police protect the far right and arrest the counter-protesters when there is any trouble.

The fight is against the National Socialist Movement (NSM), whose slogans are ‘Keep Britain white’ and ‘Free Britain from Jewish Control’. The movement’s leaders, including Colin Jordan and his wife Françoise Dior (a niece of the fashion designer) live a luxurious lifestyle. The comment is made that most of the subs paid by members go to pay expensive hotel bills.

One member of the NSM says that he has been promised a nice house and garden for him and his family once they have ‘won back control’ – sound familiar? They are lent a huge country mansion by a member of the aristocracy for the purpose of training a paramilitary force. George Rockwell from the US Nazi Party is a source of overseas funding.

There are interesting snapshots of post-war upheavals: slum and bomb clearance, the emergence of the ‘swinging sixties’ and a generation of young people with money to spend, and the contraceptive pill being available ‘without having to wear a wedding ring’.

There are shocking scenes of the mixed-race son of Vivian’s employer being abused and attacked by the police.

Some of the dialogue and plot come across as a bit lazy, relying on stereotypes, clichés and snippets of old film to set the mood; some of the plot does not bear detailed scrutiny. However, it’s an engaging story with a lot of different currents to it.