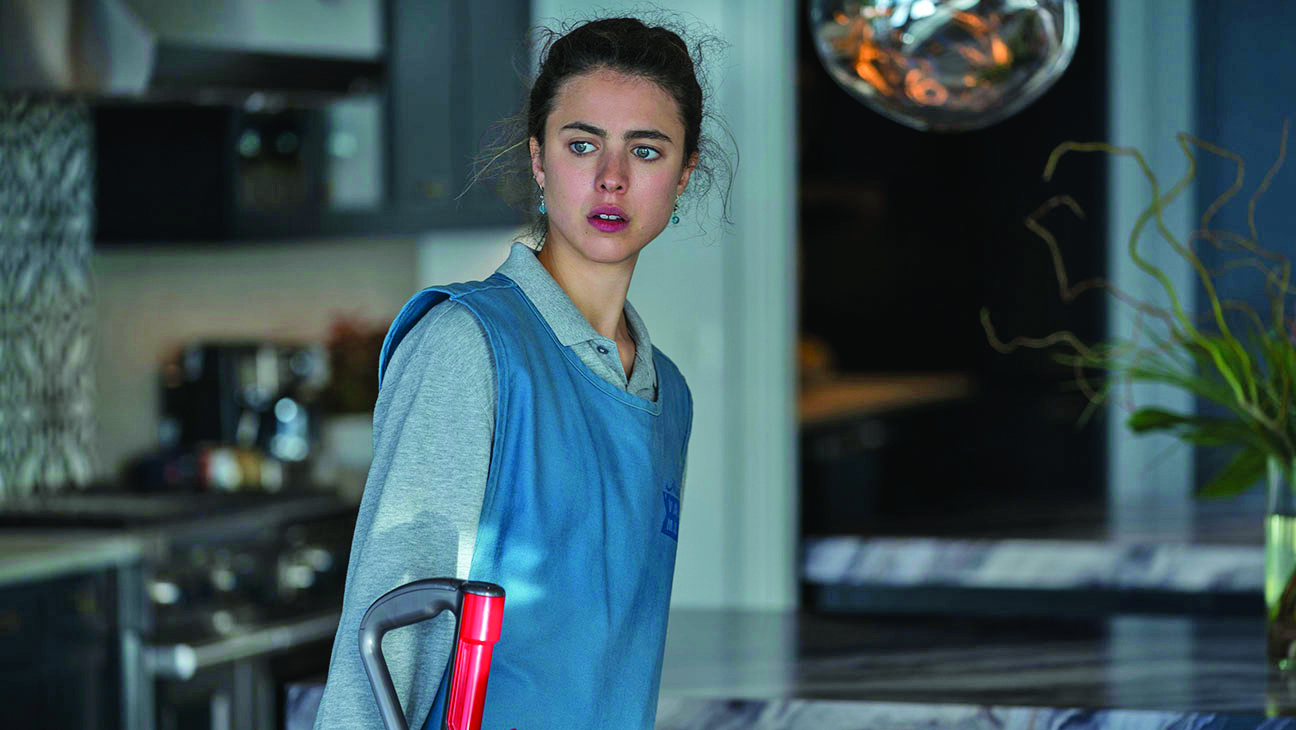 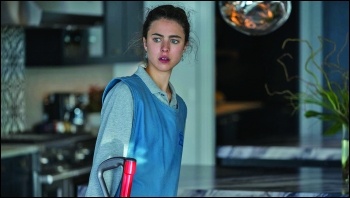 Maid is available to stream on Netflix   (Click to enlarge: opens in new window)

This ten-part dramatisation is based on Stephanie Land’s 2019 memoir, ‘Maid: Hard Work, Low Pay, and a Mother’s Will to Survive’. The book is a no-holds-barred account of Land trying to raise her young daughter while working as a maid-for-hire.

The TV series is the story of Alex, played by Margot Qualley, a young woman from Washington state in the US. In the opening scene, Alex wakes up in the middle of the night, sneaks out of bed, where her emotionally abusive, alcoholic, and violent husband Sean is sleeping, and carries their two-year-old daughter, Maddie, to the car to drive off.

She doesn’t know where she is heading, all she knows is that she has to get out. She has $18 to her name.

That $18 dwindles with every purchase of another gallon of gas or dollar-store toy for Maddie. Showing the amounts she has to outlay on screen, for her cleaning uniform and cleaning materials, and other items she should not have had to purchase, was a clever addition.

Alex is told by social services she needs a job to access benefits, seeming to ignore that she has fled an abusive relationship and has a two-year-old daughter to look after. With no money to pay for childcare, Alex has no choice but to leave Maddie in the care of her dysfunctional mother – played by the Qualley’s own mother, Andie McDowell – and her dodgy boyfriend.

A scene in the first episode caught my attention. Alex opens the fridge of the person she is cleaning for. She finds it crammed with beautiful fresh fruit and vegetables. Her employer, an attorney, wants it disposed of, because she doesn’t want “the house to smell of kombucha”. Alex eagerly eats some of the fruit, as she has not had time for breakfast that morning.

Alex has to negotiate all sorts of minefields – fighting for custody of her daughter, holding a series of, let’s be honest, ‘crap’ cleaning jobs, and trying to find a stable place to live, including domestic violence shelters, and poor-quality mould-infested housing.

‘Maid’ summed up for me how anyone can so easily find themselves in dire straits. A tiny issue can quickly become a major emergency. Yet the capitalist system blames people like Alex for their own predicament.

The sheer bureaucracy and maze of forms that Alex is forced to fill in for support demonstrate this. The system is deliberately designed to deter claims.

We need welfare systems with benefits at a level people can actually live on. We need a £15-an-hour minimum wage. And we need decent jobs with trade union rates of pay, not the sort of zero-hour-contract work, with rubbish pay, that Alex had no option but to take.

The politicians responsible for creating these ‘welfare’ systems, in Britain and the US, want them to be feared and loathed. The ruling class will never use them themselves, so why should they care?

Those who do rely on benefits are demonised and stereotyped. The ruling class want to divide us, because they fear that the working class will unite in struggle. That is what we urgently need to do.

Maid ably shows the inadequacy, red tape and inhumanity of a system that is supposed to support people during hard times. It should make you angry. If it does, join the fightback. Join the Socialist Party.