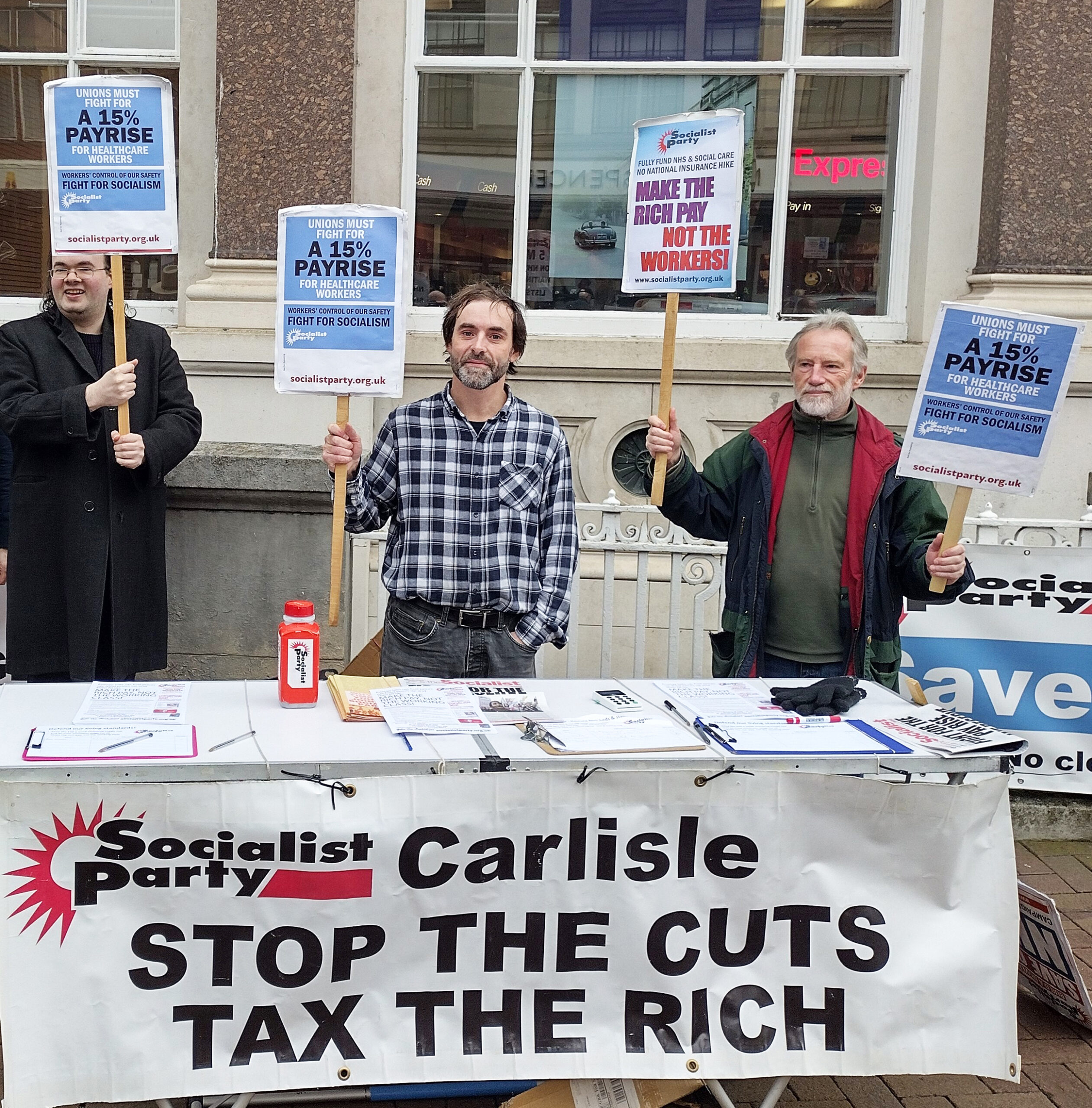 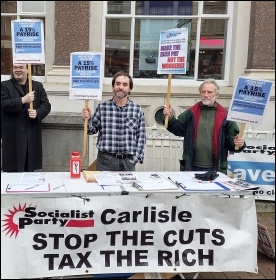 Carlisle Socialist Party held a protest on 16 October against cuts in living standards. With the retail price index already at 4.8% and expected to rise to 6%, this year’s meagre wage rises are turning into bigger real-terms pay cuts.

After a decade of austerity to bail out the bankers, living standards have stagnated for the longest period since the Napoleonic wars, leaving real wages in July at the same level as in February 2008. But with energy price rises, fuel and food shortages – things are about to get worse.

The Tories’ vindictive snatching back of the £20-a-week increase in Universal Credit, the biggest overnight cut of benefits in history, means that 1 in 3 children will now bear the scars of child poverty for the rest of their lives. This will save Rishi Sunak £6 billion, yet this year alone his billionaire friends increased their wealth by another £106 billion. Why doesn’t he make the richest pay instead of the poorest?

Families came to our stall to take leaflets, sign our petition and share their desperate stories of having to choose between hot meals or shoes for their kids. Some of these belonged to the 40% of families having to claim benefits even though they are in full-time work, given their low wages and precarious employment contracts. Others with young children complained that they can’t afford to work because of the highest childcare fees in Europe.

Our petition calls for the £20 to be restored, for a minimum wage of £15 for all ages, for the scrapping of the rise in national insurance and for taxing the rich.

We are also supporting the demand by NHS workers for a 15% pay rise. Public sector workers are now voting by big majorities of up to 99% to take industrial action against the government pay offers. We hope their unions use their full strength through coordinated action in a coming winter of struggle against the wealthy elite.