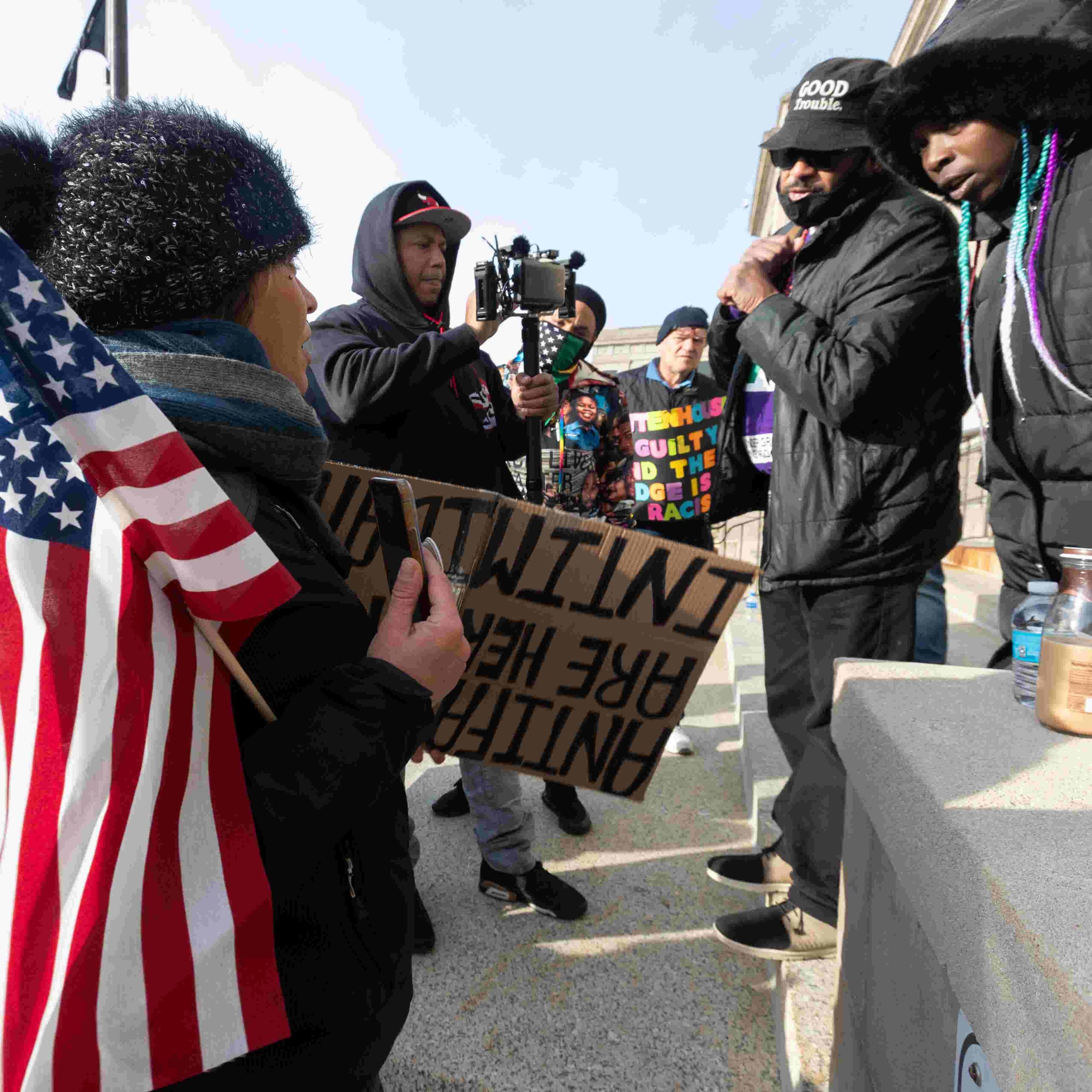 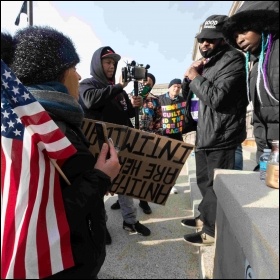 Reporting by the Independent Socialist Group (USA) and the Socialist

Protests have taken place in many US cities following the outrageous acquittal of shooter Kyle Rittenhouse on murder charges.

Self-styled right-wing vigilante Kyle Rittenhouse had travelled to the protests from his home in Illinois, armed with a semi-automatic rifle, looking for people he saw as looters.

Presiding judge Bruce Schroeder prohibited the prosecution from referring to Rittenhouse’s murder victims as “victims”. At the same time, he allowed the defence to refer to them as “looters” and “arsonists.”

He refused to allow evidence showing Rittenhouse’s far-right ties, prevented the prosecution from enlarging video evidence, and barred them from probing Rittenhouse on his violent intentions in coming to Kenosha.

Rittenhouse’s acquittal mirrors that of George Zimmerman in 2013, a similar vigilante figure who murdered black teenager Trayvon Martin as he was walking home. Zimmerman also claimed self-defence, despite the fact that Zimmerman was following Martin home and Martin had no weapons.

The precedent of using ‘self-defence’ to excuse murder was set by the 2013 acquittal, and no doubt played a part in Rittenhouse’s acquittal. Zimmerman’s case caused national outrage and helped spark the first wave of Black Lives Matter (BLM) protests.

However, many in the amorphous leadership of the BLM movement rather than linking up the anti-racist struggle to the struggles of organised labour for jobs, pay, housing and decent services etc, and tying it to the demand for building an independent working-class party, backed Democrat Joe Biden’s presidential campaign.

Yet, Biden is hardly a friend to the movement. He has ignored BLM demands, instead giving millions more in police funding, and promising a ‘tough on crime’ administration. During the election, Biden’s campaign described Rittenhouse as ‘a white supremacist’. Now in office, his reaction following the verdict was “the jury system works.”

The acquittal of Rittenhouse will undoubtedly give succour to the far-right to step up their provocative and intimidatory actions against anti-racist campaigners and the labour and socialist movements.

This must be countered by reenergising and democratising the anti-racist movement. Not only to mobilise defence against the far-right, but to discuss how to build a mass, diverse workers’ party with a socialist programme to put forward an alternative to racism and austerity – which arise from the capitalist profit system – and to do away with capitalism altogether.