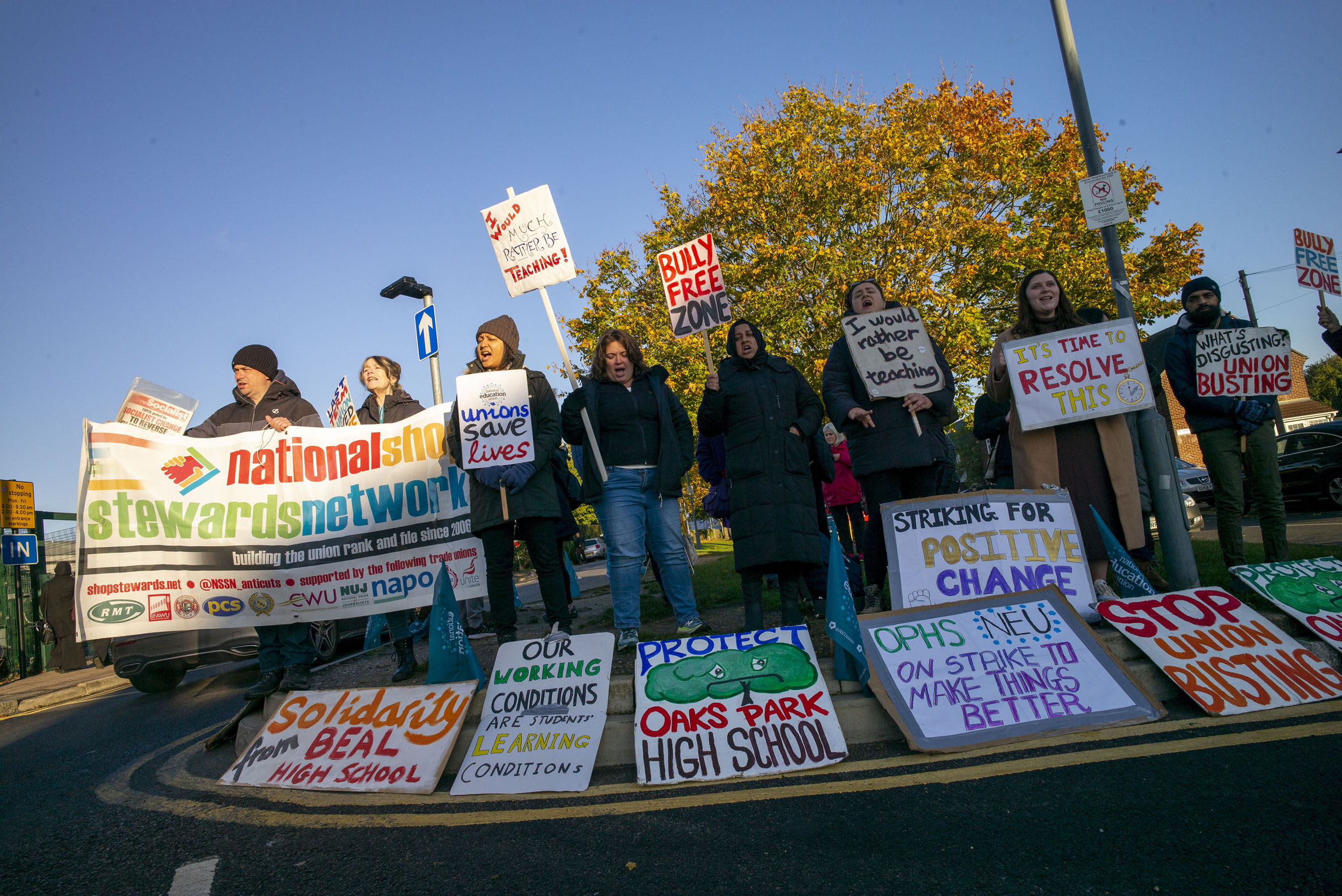 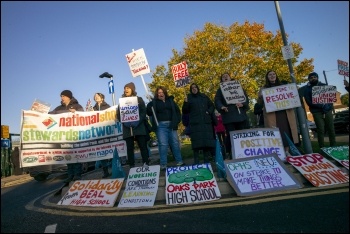 Oaks Park school strikers in east London were applauded back into work on 26 November by supporters, having concluded what is apparently the longest strike in the National Education Union’s history. 30 days of action over two terms has wrested important concessions from a bullying management.

But there is still more to fight for. Victimised rep Keiran Mahon is still battling for justice, supported by the union. The school’s culture of bullying and fear needs to be addressed – with national strike action key to tackling the high workload that drives it. And the disgraceful anti-union attitude of the local Labour council and MP demands a political alternative from the unions.

But the courageous, determined struggle of the Oaks Park workers has shown the way.