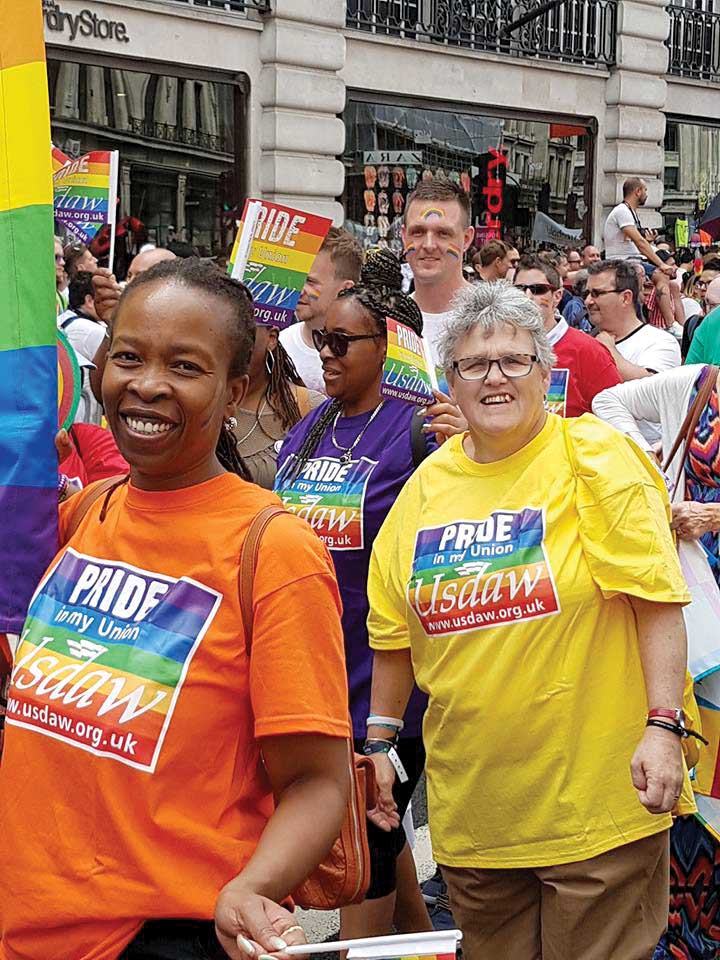 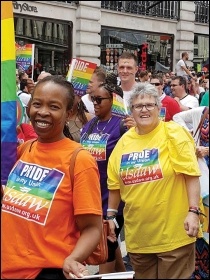 In recent months, the LGBTQ+ rights organisation Stonewall has faced increasing attacks. For example, BBC Sounds produced a ten-episode podcast investigation into Stonewall’s lobbying and influence, primarily to attack trans and non-binary rights, including the right to self-identify.

Organisations such as the Equality and Human Rights Commission, Ofcom and the BBC have decided to exit Stonewall diversity schemes to which they had previously subscribed. They say that being part of these programmes damages perceptions of their impartiality or was not “good value for money.”

The BBC director general Tim Davie (a former Tory party council candidate) argued that the treatment of trans people in society was an “impartiality topic” in the eyes of the BBC, unlike gay rights or climate change.

Stonewall has been targeted as part of a sustained campaign by right-wing journalists and politicians, with mistaken support from some in the women’s and labour movement, to present trans and non-binary people’s rights as conflicting with women’s rights.

The real conflict is between the need to end oppression, austerity and discrimination on the one side, and a capitalist system in crisis and unable to provide a decent standard of living for the overwhelming majority of society on the other. The recent World Inequality Report found that since 1995, the richest 1% took 38% of all additional wealth, whereas the bottom 50% captured just 2% of it.

The working class, because of the economic exploitation it faces, and the role it plays in production under capitalism, has a collective interest in ending the system which is the root cause of exploitation and oppression, and it has the collective power to do so.

The capitalist class, fearful of possible challenge to its rule, has an interest in dividing workers along lines of gender, race, religious and sexual orientation.

Stonewall does not aspire to unite the working class in struggle, but is nevertheless victimised by the whipping up of division, being picked on as a warning against standing up for oppressed sections of society.

Stonewall was founded in 1989 on the back of the mass campaigns against ‘Section 28’ legislation introduced by the Thatcher government as part of (and as a divisive distraction from) attacks on council services and budgets.

Section 28 banned the “promotion” of homosexuality in schools. Fighting against it, tens of thousands of LGBTQ+ people, trade unions and supporters took to the streets, with new forces taking up the fight for LGBTQ+ rights. Stonewall merely advocated patient lobbying of political parties, big businesses and the establishment, to make changes to law and policy over time.

As a result of the anti-Section 28 movement giving LGBTQ+ people an increased confidence there was an improvement in their position in the post-Thatcher era, and legal gains were made.

Stonewall continued to push for reforms to LGBTQ+ rights via court cases, reforms to the law, such as the repeal of Section 28, equalisation of the age of consent and introduction of civil partnerships; and, in the absence of a mass workers’ party, was able to present itself as a key organisation.

It launched a ‘Diversity Champions’ scheme for government bodies and businesses to join for a fee, to be listed as ‘Proud Employers’, and receive Stonewall’s advice and guidance on policies for LGBTQ+ staff in the workplace.

However, capitalism will always use division as a tactic. New Labour abolished Section 28 without replacing it with positive measures to address the impact of LGBTQ+ phobia on students and education workers.

While the legal reforms have undoubtedly been positive for the LGBTQ+ community these did not happen solely because of Stonewall or the kindness of politicians it lobbied. Indeed, radical groups such as the Gay Liberation Front and campaigners taking on the AIDS crisis had demands on the age of consent and marriage equality in the 1970s and 1980s. As with the history of workers’ rights, the history of LGBTQ+ rights are a history of struggle to secure and extend rights.

In many ways, Stonewall has served as a pressure valve for the LGBTQ+ community, diverting the community towards ‘respectable’ lobbying, away from the activism of the fight against Section 28, which included abseiling into parliament, storming news broadcasts and taking to the streets in mass demos.

Stonewall operates without democratic structures. Its leaders decide what Stonewall does, to the point that it didn’t campaign on, or often even mention, trans rights until 2015 when growing pressure forced them to take up the issue.

So why the attacks on Stonewall now? These attacks are focused on Stonewall’s position on trans rights and legal reforms such as the Gender Recognition Act (GRA).

However, they must also be seen in the wider context of over a decade of austerity.

The Tories have used LGBTQ+ rights in an attempt to paint themselves as something other than the ‘nasty party’ tainted by the legacy of Section 28. They held garden parties to celebrate the Stonewall Riots, with Stonewall happily in attendance.

As the Socialist Party predicted, the Tories proved to be untrustworthy, carrying out GRA reform consultation in a divisive way, helping to whip up the attacks Stonewall is now facing, and not introducing any actual reforms.

Austerity itself has played a role. After more than a decade of cuts, services are past breaking point. By 2017, around 200 domestic violence victims were turned away from support each day.

Without a labour movement organising united working-class opposition to these attacks, the Tories have sought to use division as a distraction from austerity, targeting trans people, who are in no way to blame for the lack of women’s services. That blame lies with the Tory governments and Labour councils that dutifully pass on Tory cuts.

In this context, Stonewall, and the LGBTQ+ people more broadly, have been targeted for ‘going too far’ in fighting for trans rights. But, unfortunately, fighting is not what Stonewall has been doing. Even this year, Stonewall’s chief executive Nancy Kelley attended the Tory party conference and Carrie Johnson spoke at their fringe event.

Stonewall’s appeals to employers’ morals cannot do what trade unions can achieve in the workplace by bringing workers together to fight the bosses, be that over ‘fire and re-hire’ or discrimination. Look at the UCU higher education union’s current dispute which brings workers together to fight low pay, attacks on pensions, and discrimination on race and gender lines.

We need a fighting movement, bringing together the LGBTQ+ community with other oppressed groups and the wider working class. This can cut across the division capitalism promotes in order to make exploitation easier.

Only by removing the grip of capitalism and fighting for the socialist transformation of society can we bring an end to divide and rule and discrimination and win true liberation for LGBTQ+ and all working-class people.