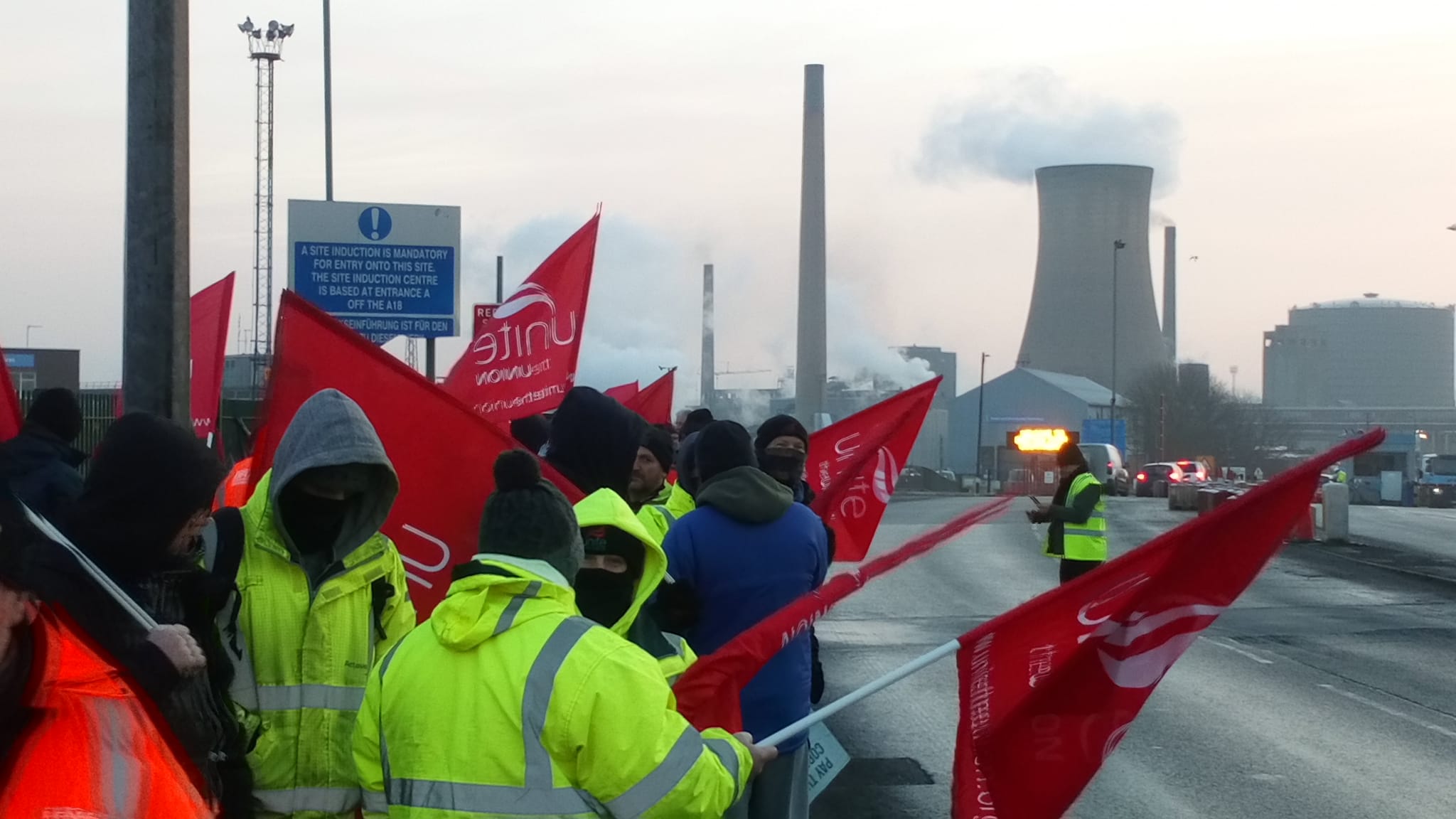 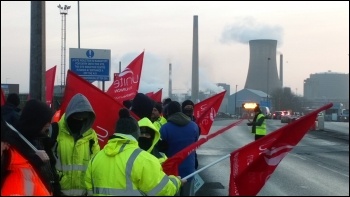 Scunthorpe scaffolders’ first week of renewed strike action in 2022 (after successfully reballoting following 12 weeks of strike action before Christmas) kicked off with a real bang – with flares, barricades and a win!

Two days before the strike restarted on 26 January, Unite the Union organised co-ordinated protests in all four UK nations against Actavo, the contractor who refuses to pay its 60 scaffolders at British Steel Scunthorpe the national agreement rate for the job.

Promised talks between Actavo and client British Steel, with Unite produced nothing, so on the 27 January, a prestigious industry awards ceremony at a swanky London club was rudely interrupted by Unite, the Blacklist Support Group and the National Shop Stewards Network activists, with banners, noise and flares.

Next morning, a barricade went up again across the Gate A entrance to the steel plant, blocking incoming traffic for hours.

And on 31 January, strikers paid a visit to Lindsey Oil Refinery at Immingham. It’s the scene of the 2009 engineering construction workers’ strike to protect the national agreement, which spread like wildfire across the country.

There, the Scunny scaffs got support from the scaffolders working for Altrad, a company that has been scabbing on the strike at British Steel. This threat to disrupt Altrad work on other sites resulted in Altrad promising to pull out of the British Steel plant while the Actavo strike is on, quite a result. Now the strikers will target other scabbing scaffolding firms to get them off as well.

The renewed strike action and intensified leverage campaign is bringing this long-running dispute to a head. British Steel is threatening Actavo, Actavo is threatening the workers, but after starting industrial action one year ago, the strikers are hardened and emboldened. As the Unite shop steward said: “We’ve got them by the bollocks!”