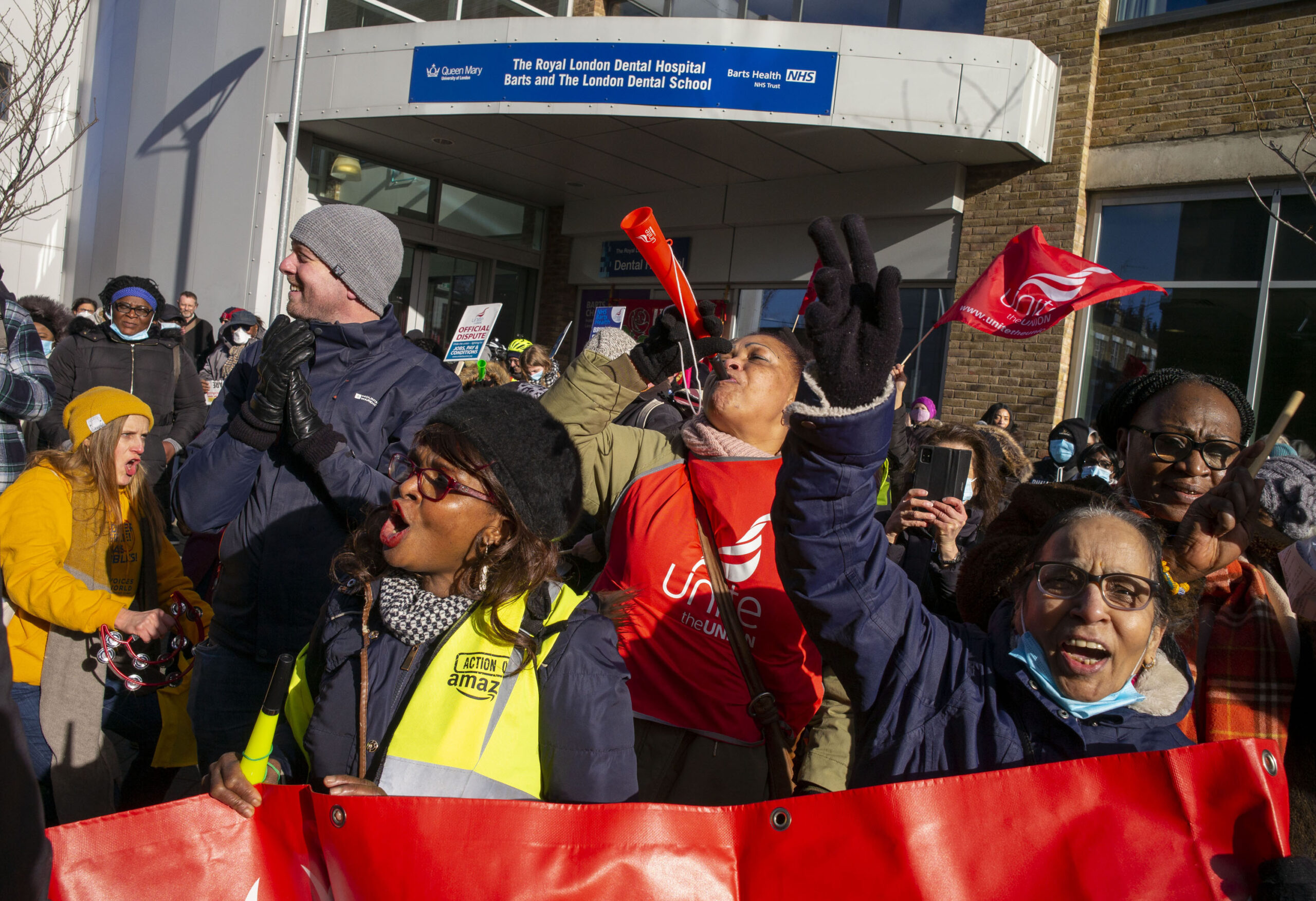 NHS workers begin strike for 15% and against outsourcing 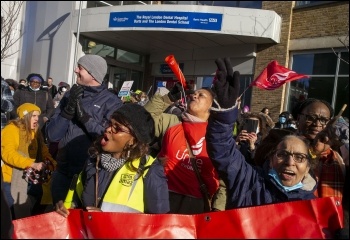 Hundreds of outsourced NHS workers in east London have begun a two-week strike for higher pay and an end to privatisation – key issues in the NHS nationally too.

Cleaners, porters, security guards, caterers and receptionists at Barts Health NHS Trust are employed by private company Serco. 600 members of general union Unite across three of the trust’s hospitals are in dispute.

The pickets at Whipps Cross in Waltham Forest, Royal London in Tower Hamlets, and St Bart’s in the City of London, were alive with chanting, singing, dancing and speeches. They have all had numerous visits from trade unionists and Socialist Party members.

Other staff, patients and passers-by have all given enthusiastic support to these key workers fighting back. Even the BBC, usually a mouthpiece for the government and employers, woke up and took notice – running the Barts strike on breakfast, lunchtime and evening news!

Starting the picket lines at 5.30am, workers chant “Serco out, Serco go!” The energy continues all morning, and culminated on Monday 31 January in a rally at the Royal London Hospital at lunchtime.

Socialist Party member and Unite Barts branch secretary Len Hockey spoke to the rally calling for a 15% pay rise for all, and for Serco’s contract to be brought back in-house. Bosses at Barts Trust are to blame for these workers’ appalling pay and conditions, caused by outsourcing.

Outsourced Barts workers earn far less than their directly employed counterparts. Bringing them back in-house means bringing them back up to the rate for the job – which itself needs increasing. All NHS workers need 15% to start to reverse the money robbed from them by inflation.

The threat of strike action alone forced Serco bosses to raise their derisory 1% pay ‘increase’ offer to 3%. The workers have also rejected this – ‘RPI’ inflation has jumped to 7.5%, and the price of many essentials has risen even more!

Serco has given the NHS Trust 18 months’ notice that it will be ending its contract in April 2023 – unable to screw enough profit out of even this vulture arrangement. We say: bring it back in-house now!

The big numbers on the picket lines reflect the massive vote for strike action – 97%. One striker told the Socialist: “Serco do not treat us fairly. We want them to give us a pay rise – but also for them to go.”

The strike is due to continue until at least 13 February, with picket lines every Monday through Saturday at each hospital. As we go to press, strikers are due to rally at Whipps Cross on Friday 4 February at 11am.