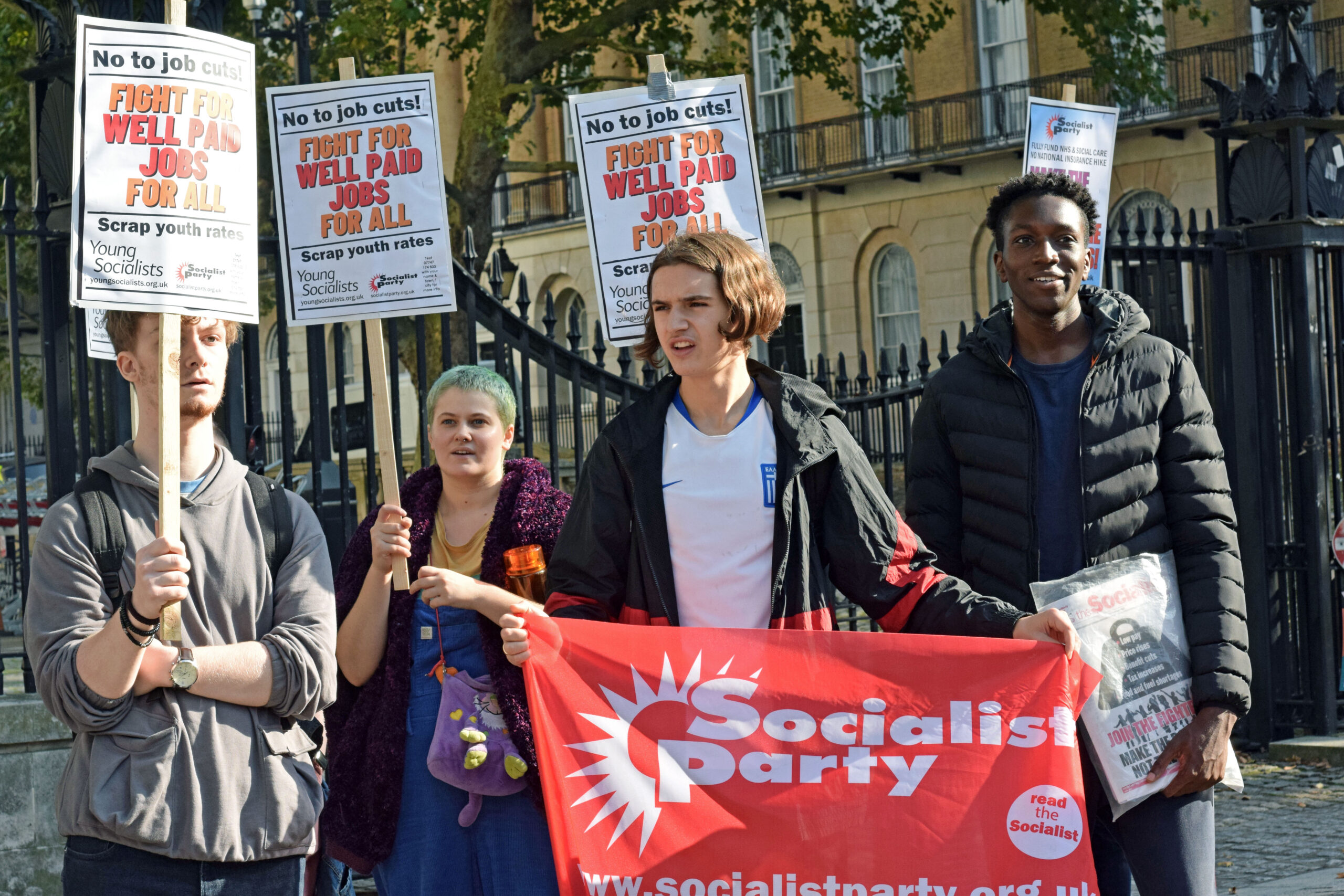 I kicked off the ‘youth weekend’, 29 and 30 January, by attending the commission introduced by Socialist Party trade union and workplace organiser Rob Williams, emphasising the power of the organised working class.

We then met together for a rallying speech by Socialist Party general secretary Hannah Sell. Hannah reflected on how Marxism allows us to see beneath the surface of events – including the crucial need for a new mass workers’ party.

The discussion that followed was on the changing mood within society. There’s more receptiveness to our ideas, along with an increase in financial donations to the Socialist Party.

Building our party among young people was the focus of the next discussion, introduced by Socialist Party national youth organiser Theo Sharieff. We talked about the mass movements of Black Lives Matter, and the protests after the murder of Sarah Everard, that have followed the defeat of Corbynism. We outlined the importance of union work, building Youth Fight for Jobs, and developing a Socialist Students presence on campuses.

The next day we had Bob from the Committee for a Workers’ International (CWI), the international socialist organisation the Socialist Party is part of. He reported on the revolutionary upheavals in Sudan. Bob warned against imperialist intervention – the Sudanese people must decide their own future.

Young members talked about the determination of Sudanese people to keep the military from holding power, the potential for sections of the army to go over to the side of the protestors, and how this has happened in the past.

But it’s encouraging that during the pandemic, we’ve consistently reached and often exceeded our fighting fund target. And we have been able to overcome the challenges of distributing a workers’ paper, and get it to workers and youth in struggle.

Mark Best, Socialist Party national committee, wrapped up the weekend. His passionate introduction provoked an interesting discussion on how we can build the Socialist Party.

And, as is the tradition, we ended by singing the Internationale – the socialist song of the international working class.

The weekend’s atmosphere was of profound optimism and excitement for what’s next. Russian revolutionary socialist Leon Trotsky said: “We don’t create revolutions, we prepare for them” – so we must be ready for the struggles to come.