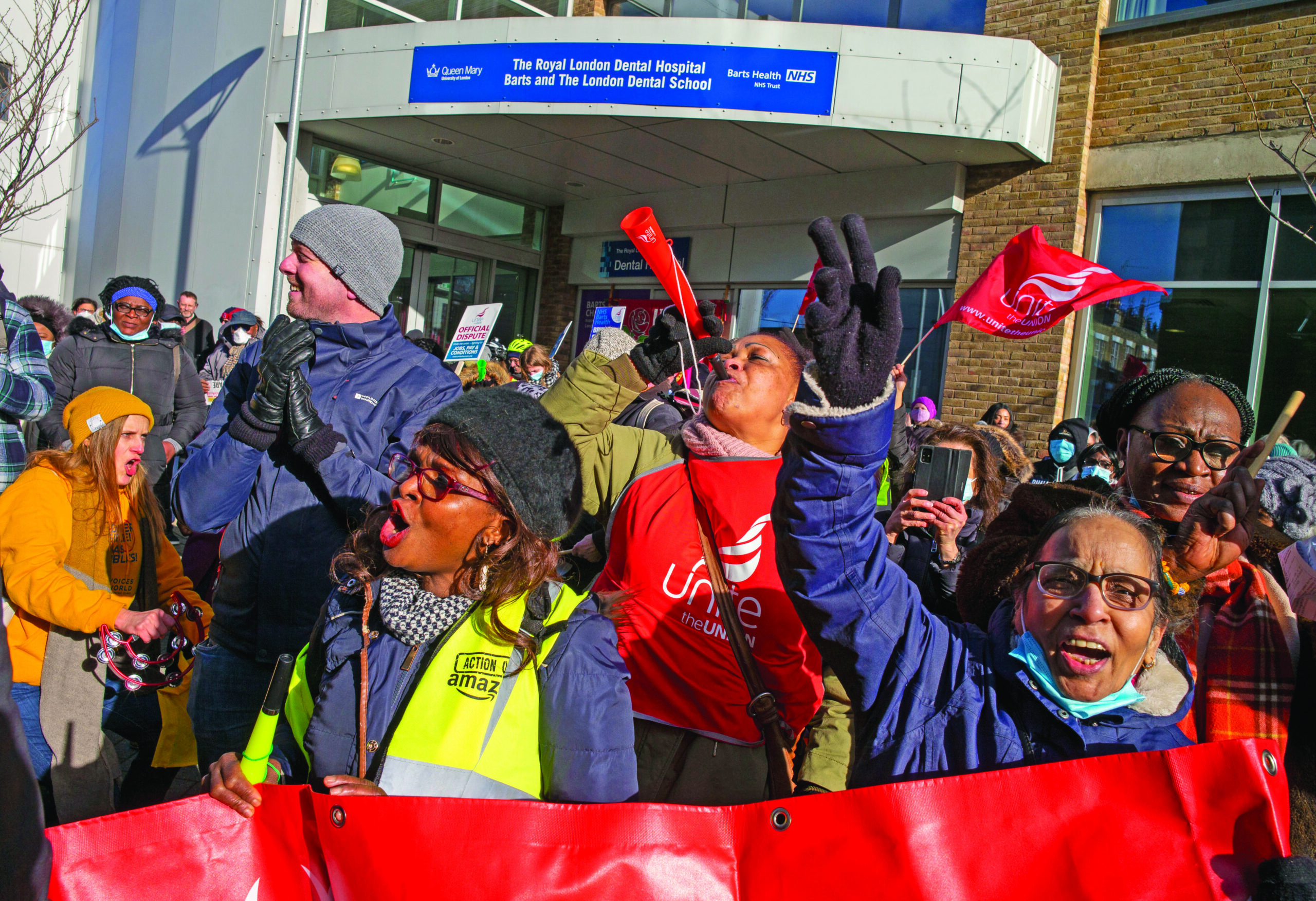 Strike for a decent wage 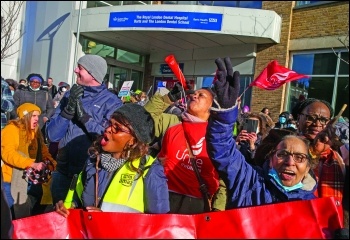 Abi is a hospital domestic, working nights at weekends. That’s just one of his jobs.

“Pay is so low I have to work more than one job. Food prices are going up. Fuel bills are going up, National Insurance is going up. My home is ok, but I know people who can’t pay their rent and could be evicted.

“Our work is so important to the hospital but the bosses treat us so badly. We worked so hard during Covid, it was so tough, and they gave us just £100. And even that was taxed. What can we do?”

Abi is one of millions who are struggling with the soaring cost of living. But this conversation was a bit different from many others, because it took place on a picket line. Abi is a striking worker.

“I say what can we do, but actually this is what we can do. We have no choice. We have to stand together and we have to fight.”

Like Coventry bin workers, and the many others reported in the Socialist, Abi has decided to ignore the outrageous words of Bank of England governor Andrew Bailey who told workers not to ask for big pay rises.

Of course, the bosses and bankers will tell workers not to demand more – real pay rises eat into their ever-growing bloated profits.

Instead of a handful of the super-rich eating all the pie, the Socialist Party supports all workers standing up and fighting for a greater share of the wealth created by their hard work.

Hundreds of localised strikes have taken place, many with substantial victories. Workers in the NHS, schools and local government have, in surveys and consultations run by their national unions, responded resoundingly that they reject the Tory government’s miserly pay offers – in reality, pay cuts. What’s needed is the same resolve from the national leaderships to harness that, to campaign and prepare for national coordinated strike action. The thresholds set by the Tory anti-union laws make that harder, but the current strikes by university workers in UCU and Unison show that it’s possible.