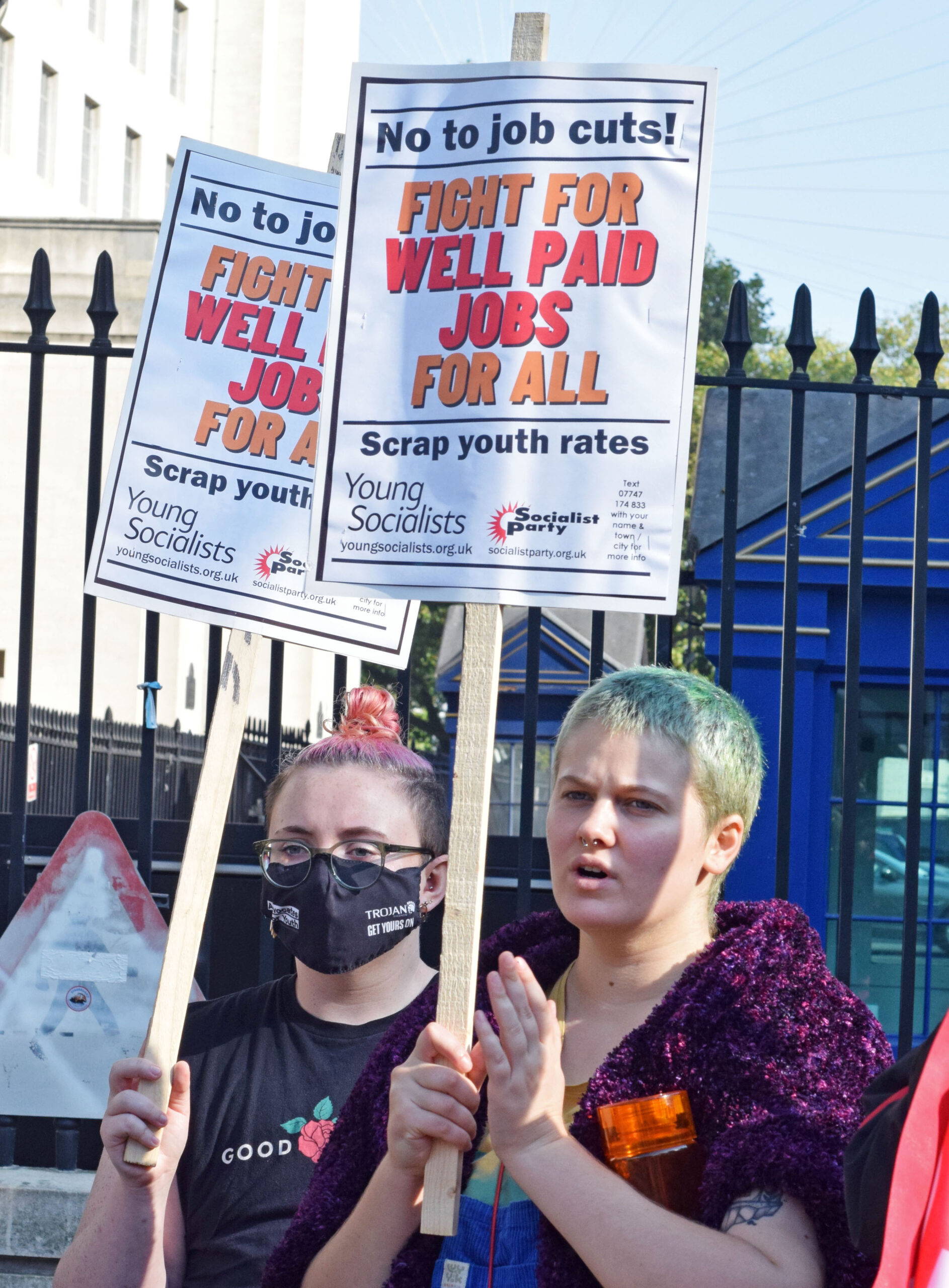 Editorial of the Socialist issue 1167 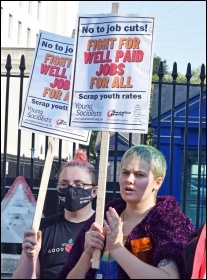 In London on the Youth Fight for Jobs day of marches, 9.10.21, photo Mary Finch   (Click to enlarge: opens in new window)

The capitalist media celebrated the announcement that the UK economy grew by 7.5% in 2021. The Financial Times headlined: “UK economy rebounds to post strongest growth since second world war”.

But of course, the growth figures in 2021 were compared to those of 2020 when the economy contracted by 10% in the pandemic. Underneath the headlines, the serious economic commentators were much more sober.

The Financial Times quoted one commentator: “The UK economy’s performance continues to underwhelm relative to its peers in the G7”.

The reality is that the UK economy has recovered from the economic lockdown slower than its capitalist counterparts. In the third quarter of 2021, investment was 4% below pre-pandemic levels, the lowest in the G7. Trade has still not hit the levels of 2018.

This is partly because of the Johnson government’s incompetent handling of the pandemic. But it also reflects the chronic long-term sickness of British capitalism. Technically the fifth biggest economy in the world, British capitalism has relied on financial investments and speculation rather than seriously competing in world manufacturing markets. The dominance of finance capital has skewed the economy, contributing to record trade deficits and record levels of inequality.

British capitalism’s serious commentators look with trepidation to the future. Even as the British economy slowly recovers from the pandemic, problems common to all capitalist economies are even more acute for British capitalism.

A certain level of inflation, officially at 7%, can be tolerated by capitalist economists – it will help lower the real levels of government and corporate debt and cut real wages for workers. But the prospect of further big rises in prices threatens a new slowdown – and big class battles. The Bank of England has warned that growth in 2022 will be dragged down by the largest contraction in household real income in 30 years, caused by rising inflation, higher taxes, and surging energy costs.

The weakness of British capitalism has them caught between an economic rock and a hard place. To hold down inflation, they might have to raise interest rates, but that would slow growth even further, possibly even precipitating a new recession.

And the ruling class fears big strike waves by workers trying to maintain their living standards. That is why the Governor of the Bank of England – from the comfort of a £575,538 salary – urged workers for restraint when negotiating pay increases.

There have been a number of strikes won by workers who have felt in a strong position to regain some of what has been lost in wages in the last 20 years, particularly workers in transport and related occupations. A Financial Times editorial on the US economy on 1 February observed: “Capital has dominated labour for half a century. But the tables are turning. Employers, take note”.

Trade union leaders take note: the same could be said of Britain. To turn the tables on the bosses means getting organised and being prepared to coordinate workers’ strikes for pay rises. For the TUC to immediately call a national demonstration would be a good first step to prepare the ground.

A new mass party of the working class, backed by the trade unions and armed with a programme for socialist change, would strengthen our hand further.