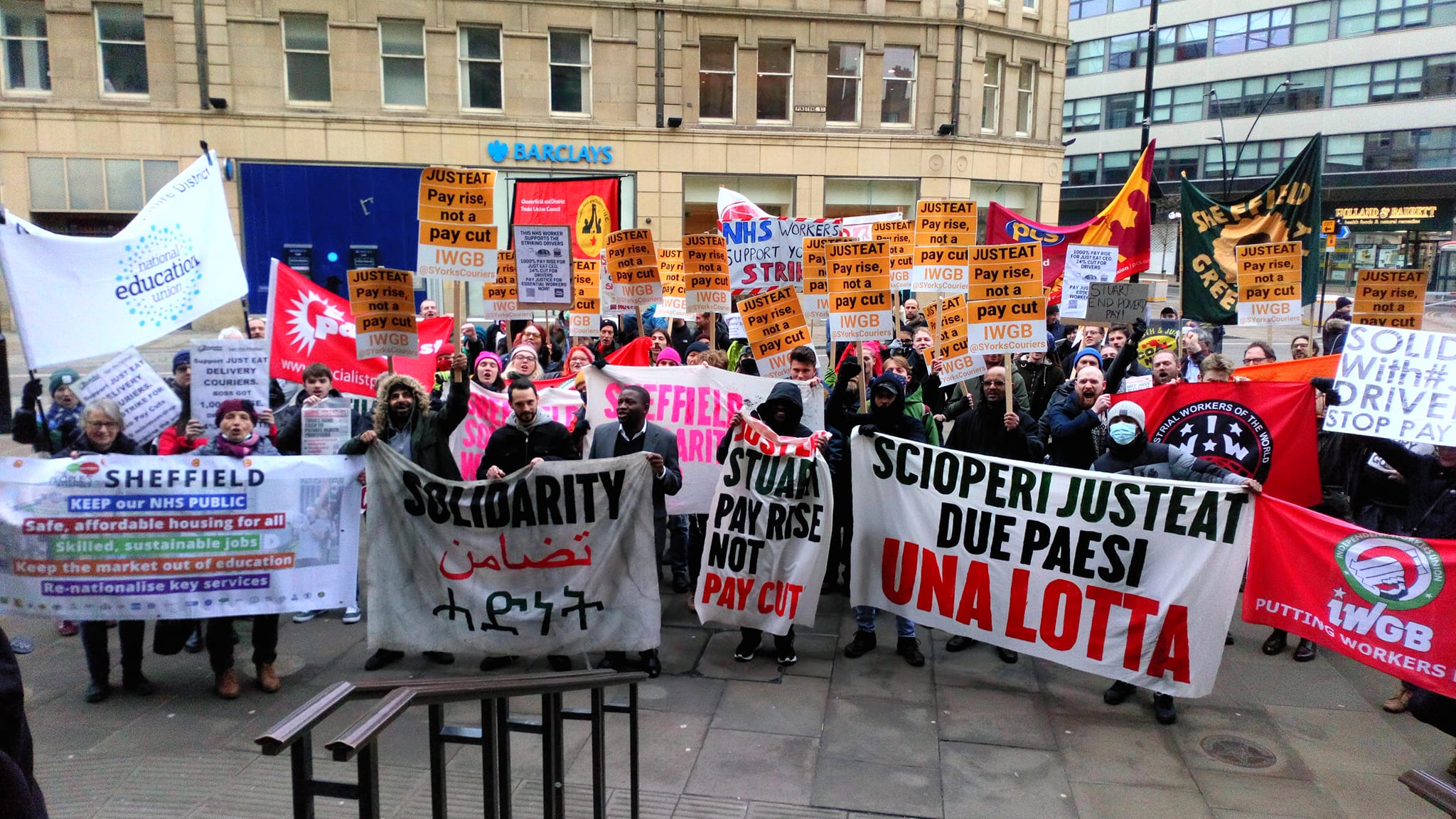 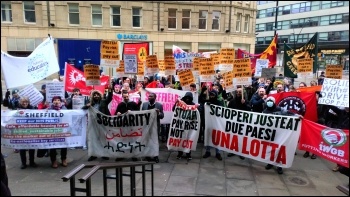 The Just Eat/Stuart delivery drivers strike is spreading. Couriers in Middlesbrough and Dewsbury have joined the action, with drivers in Leicester meeting to plan action. Chesterfield and Sunderland couriers have rejoined the strike, and hopefully Blackpool will as well. This is now the longest running gig economy strike in UK history, starting in Sheffield on 6 December last year, and spreading.

They are taking targeted strike action against Just Eat’s biggest clients McDonald’s, Greggs and others, to put pressure on Stuart, the delivery contractor for Just Eat takeaways, to reverse its 24% cut in the base pay rate imposed before Christmas.

This inspiring and often exciting action has already forced concessions from Stuart, such as the promised restoration of paid waiting times. However, Stuart, which does not recognise the union and has previously never even engaged with the IWGB, has not yet shifted on pay. So the union and Sheffield strike leaders are intensifying and spreading the action.

There are plans for a national day of action in support of the Just Eat strike to try to reach into more towns and cities.