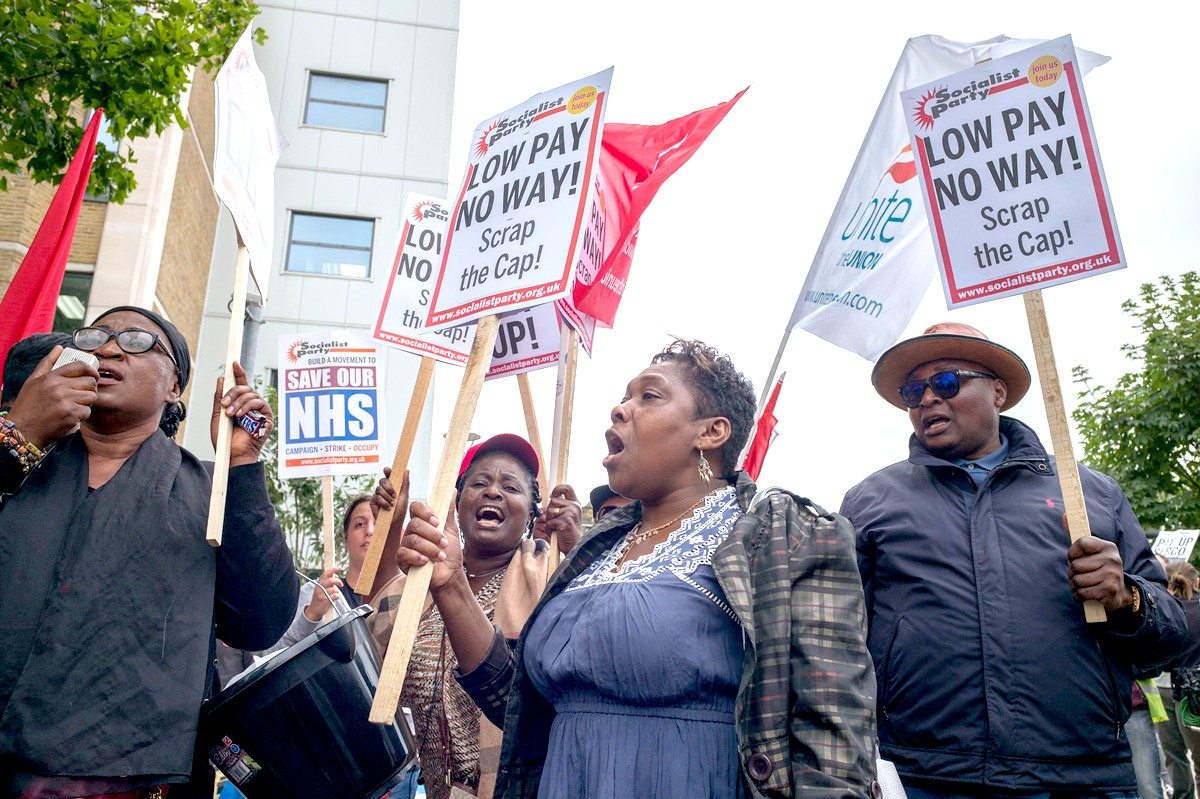 While bad weather batters the country, another storm is raging. A growing number of workers are taking action as the cost of living squeeze tightens. This is the most significant strike wave for over a decade.

With real inflation heading towards 8%, while energy costs are set to explode on the back of the Tory National Insurance hike, increasingly workers are forced to fight back to keep their families’ heads above water.

This strike wave has been developing since the summer of 2020, when many workers resisted the bosses’ brutal ‘fire-and-rehire’ offensive that saw workers in British Gas and elsewhere have their wages slashed by over £10,000. Outrageously, the Labour council in Tower Hamlets, east London, led by supporters of Keir Starmer’s Tony Blair-style ‘New Labour’, lined up with the likes of British Airways in using these attacks.

But as the economy has ‘recovered’ and lockdown has lifted, for some workers the balance of forces has tilted a little in their favour, with supply lines stretched and labour shortages in some sectors. But the bosses and their Tory government want us to sacrifice ourselves. The governor of the Bank of England demanded that workers should forego pay rises because he claimed it would feed inflation.

So this fat-cat executive, on basic pay of nearly half a million pounds, lectures the likes of the low-paid outsourced Barts NHS strikers, who have risked their lives amid Covid, to tighten their belts.

This at a time when the gap between rich and poor has never been wider. During this pandemic, the wealthiest ten men in the world have doubled their wealth to a gargantuan $1.5 trillion!

It’s not workers’ wages that cause inflation, but the crisis-ridden management of the economy by the capitalists. Many workers have already endured a decade and a half of pay cuts – since the 2008 recession and subsequent austerity. As we’ve seen with fire and rehire, if it’s a choice between their profits or workers’ incomes we know what the bosses and their political representatives will prioritise… all at our expense.

This is the reality rather than the myths of national unity. We need workers’ unity to maximise the fightback. In this context, many workers will welcome the fact that the Trades Union Congress (TUC) has now called a national ‘Britain Needs a Pay Rise’ demonstration for Saturday 19 March.

It is essential that the many different disputes across the private and public sectors are brought together. This could act as a pole of attraction to all those workers looking for a lead as the real value of their pay packets is slashed.

The potential for such a mobilisation would be huge, particularly if it was well-organised and prepared, with the full forces of the union movement thrown behind it. But the fact that a national demonstration has been announced at four weeks’ notice without any prior discussion in the unions – at NEC level, for example – and has been called in Blackpool, outside the Tory spring local government conference at 11am, raises big questions about whether it will match up to what is needed right now.

In the first weeks of 2011, the TUC and the unions called a demonstration for 26 March in response to the vicious cuts offensive launched by the Tory-led ConDem coalition government of David Cameron, George Osborne and Nick Clegg.

With over 800 coaches and ten trains organised, the streets of London were filled with 750,000 workers and their families. It started the ball rolling for action that led directly to what was effectively a public sector general strike in November that year (N30) with two million workers in 29 unions walking out to defend their pensions.

As university staff, teachers, Coventry bin workers, Barts health workers and tubeworkers take strike action, and workers from Airbus to Teesport get their picket lines ready, such a national demonstration called now in London could be massive.

Many workers will be suspicious that the TUC has targeted the Tory conference to give a boost to Starmer’s Labour council election campaign. But if this is the case, it won’t enthuse the RMT members in London Underground to travel 250 miles in five hours to demonstrate. These workers have been forced to strike because Labour Mayor Sadiq Khan is passing on Tory cuts.

Nor will it persuade the bin drivers in Coventry to get on the bus when the cutting Labour councillors in their city have spent nearly £2 million trying to break the strike and smash their union Unite. These workers would justifiably demand that, given the stakes in the dispute, the TUC demonstration should be in their city, to take on the attacks of all employers, including anti-union right-wing ‘Red Tory’ Labour councillors.

The demonstration should be moved to an easily accessible city where struggle is currently taking place, or at least supplemented with regional or city protests. But whatever is organised for 19 March it is essential that the day is really built for. This means the unions launching a massive publicity effort and putting on transport throughout the country. But 19 March must be the start not the end of the campaign. It could launch the real national demonstration and industrial action that is needed.

The cost of living squeeze, fire and rehire, and threats to jobs are only going to get worse. And after getting a measly pay rise, if one at all, millions of public sector workers in the NHS, councils, education, civil service and beyond would be open to coordinated pay demands, strike ballots and action, in the same way that those unions combined in 2011 on pensions.

But the other lesson of 2011 also needs to be drawn: when the N30 strikes were not followed up but cut short by right-wing union leaders. This time, the left trade union leaders must ensure that action is escalated and linked with workers in the private sector who are taking action on a far greater scale than a decade ago.

This is the programme of struggle that is needed that can unite workers to force back the bosses and defeat Johnson’s divided Tory government.