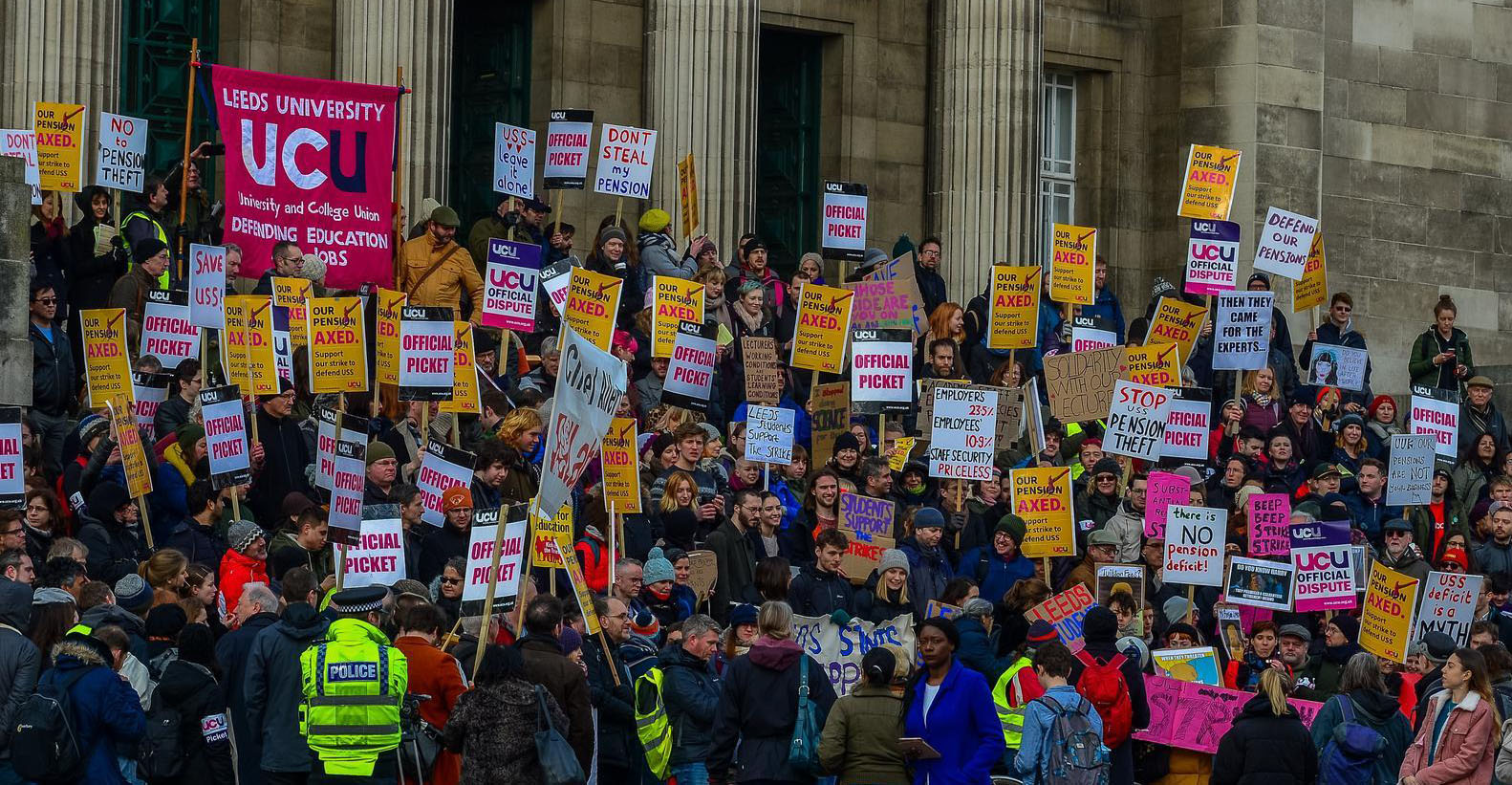 Walk out on 2 March

The National Union of Students (NUS) has called a national student strike on 2 March in response to growing anger at our rotten university system – one in which students are exploited as ‘cash cows’ at the hands of vice-chancellors, executives, and private companies.

Anger erupted initially in the university rent strike movement of the first and second lockdowns, and has since found expression in impressive student turnouts at University and College Union (UCU) rallies and pickets.

Students are right to be angry. The experience of students over the pandemic – who were locked down in their rooms, paying sky-high rents and tuition fees for predominantly online tuition – has highlighted for many the rot at the core of the UK higher education system, which has spread from years of underfunding and marketisation.

But we should also direct anger at the ‘official’ student leadership. The NUS has been pushed by the vigour of the wider student body into calling a strike for free education, among other demands. But what has it done to build for it? Very few students will be aware that the strike is happening. Many others do not know what the NUS is.

This sorry state of affairs points also to the impotency of most students’ unions on the ground. The vast majority are affiliated to the NUS, but consistently fail to link campuses to wider national actions.

Ultimately, both the NUS and students’ unions have played regressive roles in recent campus struggles. In an online meeting at the height of the rent strikes last year, current NUS president Larissa Kennedy stated that the fight for free education was part of a “long-term project for the future”, failing to channel the potential that existed at that time for a national movement for 100% publicly funded higher education. At the same time, students’ unions attempted to rein in and conciliate the demands of local rent strike groups.

More recently, some students’ unions have gone as far opposing the latest round of UCU strikes, while many others have simply shirked responsibility and ‘stayed neutral’ – in effect implicitly siding with university management in their attacks against staff.

Yet the example of last month’s referendum at University College London, in which thousands of students successfully voted in favour of UCU strikes, shows the mood for joint staff-student struggle at large.

Socialist Students argues for a leadership that can actually channel the momentum of the wider student movement. Whatever happens after 2 March, we will be campaigning locally for mass assemblies of students and staff to discuss a campaign to win full government funding for universities, as the means to end the market-driven exploitation of staff and students alike, while seeking to build fighting, democratic student organisations on as many campuses as possible. If you would like to get involved in this fight, join us.