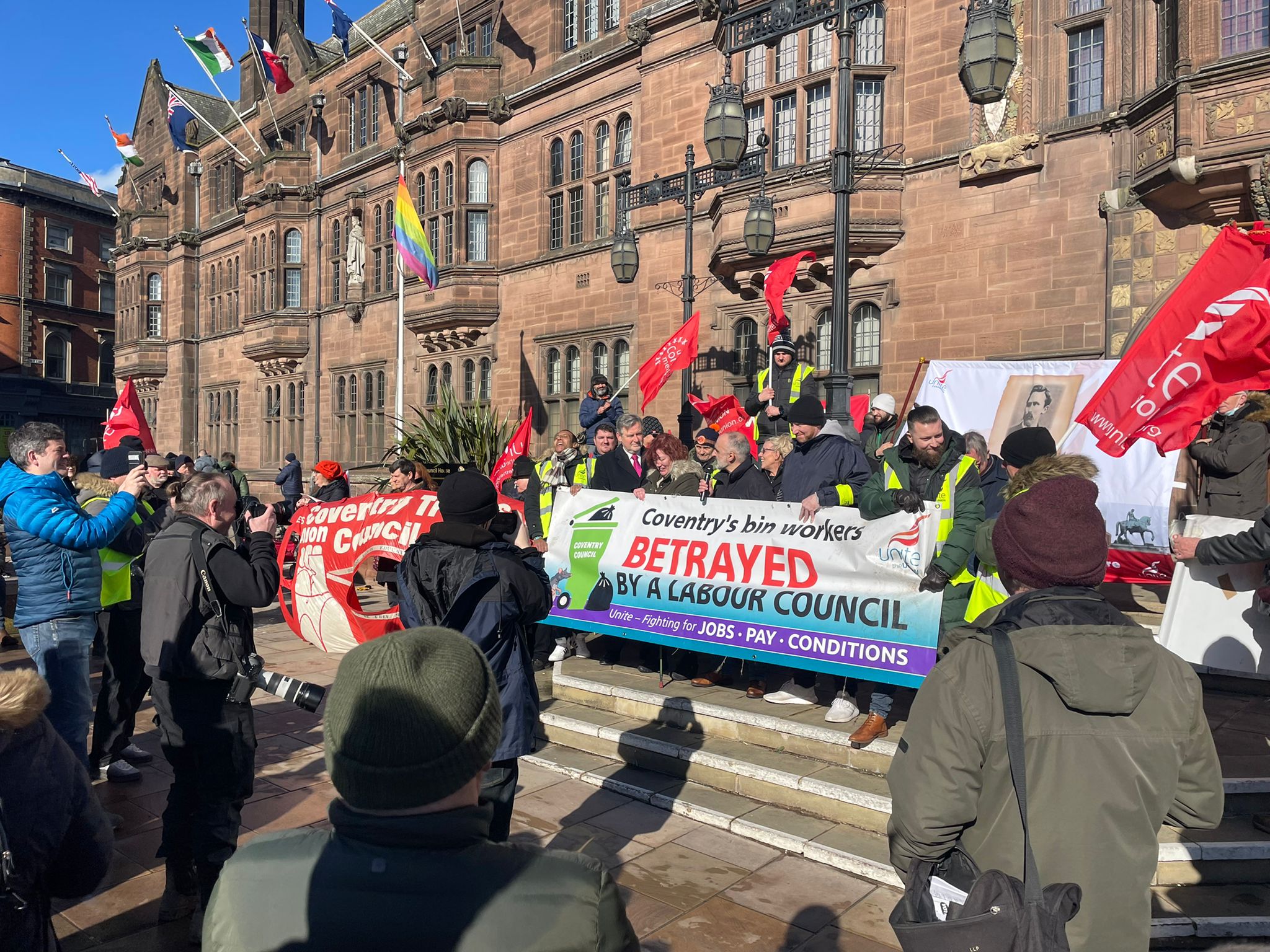 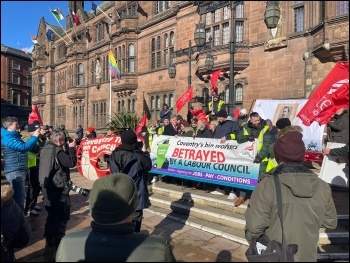 At a rally and march of striking Coventry bin lorry drivers on 22 February, the mood was really determined as workers marched from the picket line to Coventry council offices. They were lobbying Labour councillors who were meeting for a budget-setting meeting, calling on them to resolve the dispute.

The workers are fighting for pay parity with other local councils, some of which pay equivalent workers £5,500 more. The council has spent millions more trying to break the strike than it would cost to settle.

At the rally, Pete Randall, senior Unite shop steward on the bins, said he supported Unite general secretary Sharon Graham’s decision to stop funding Labour while this strike goes on.

Onay Kasab, Lead for Local Government in Unite the Union, said that one of the Labour councillors had been offended when the shout of “scab” went up as he entered the council offices. “When it walks like a duck and swims like a duck, it’s a duck!” replied Onay. When Labour councillors employ strike-breaking methods then scabs are what they are. Onay said that Unite’s policy of calling on Labour councils to set no-cuts needs budgets should be implemented in Coventry to settle the dispute.

Labour MP Barry Gardiner addressed the rally offering support, and called the Coventry Labour council “shameful”. Yet many present at the rally were aware of the contradiction when he said he had been campaigning for Labour in Erdington. There, Socialist Party member Dave Nellist, who has wholeheartedly supported the Coventry bin workers strike, is standing against a Labour candidate who has been part of a Blairite council that has attacked bin workers in Birmingham.

Over 100 supporters joined the bin workers, including Socialist Party members and the National Shop Stewards Network.