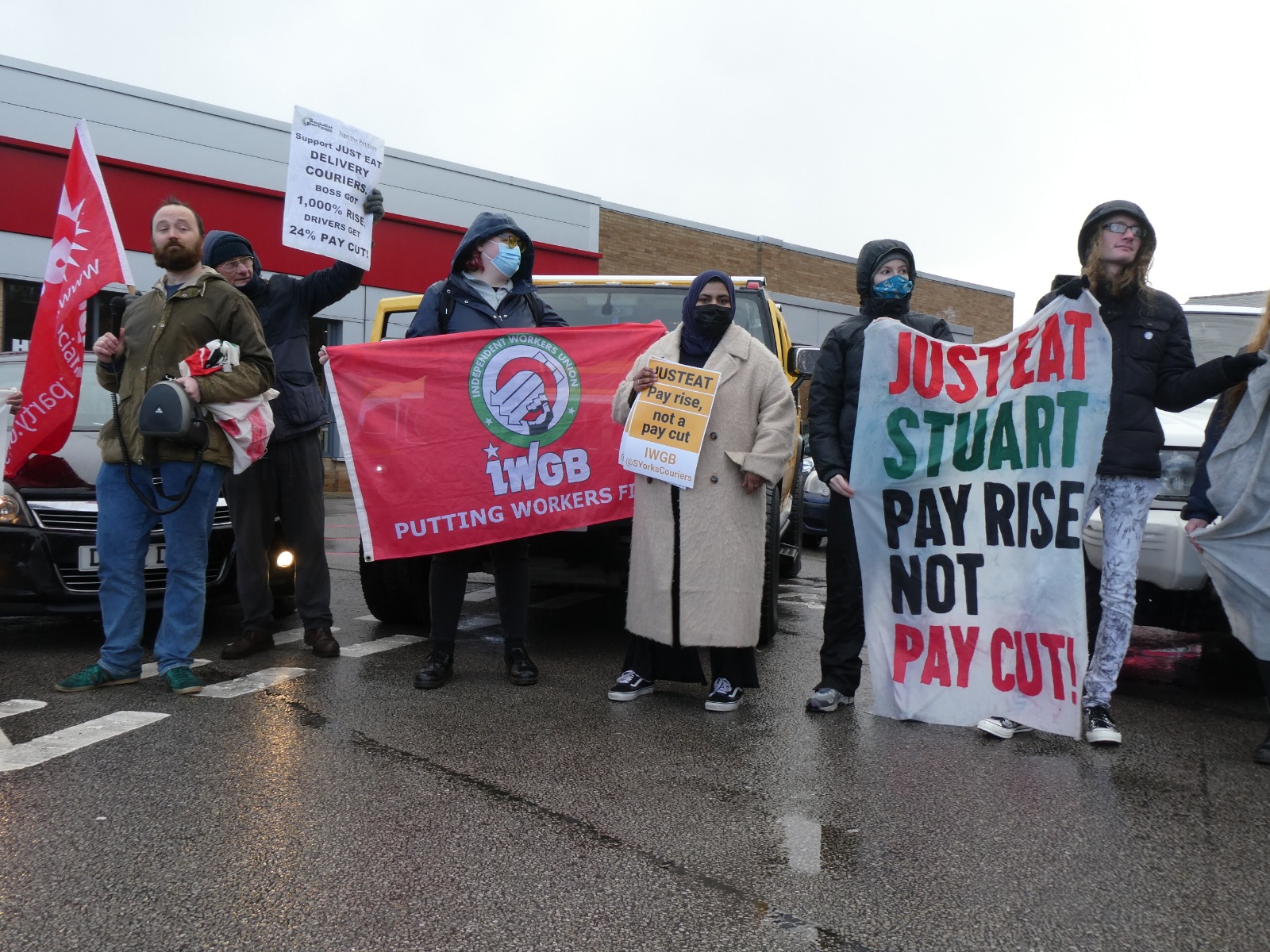 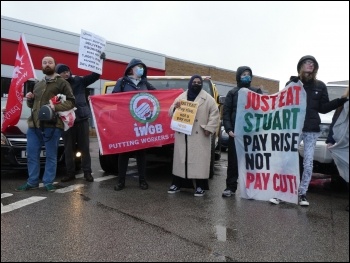 The most recent Sheffield Just Eat drivers’ strike meeting was inspired by Mohammed’s report from Chesterfield. There, picketing by Stuart couriers and supporters has succeeded in getting McDonald’s, Greggs and other restaurants to turn off their takeaway delivery apps during the targeted strike action.

In Sheffield, where the strike against Just Eat delivery contractor Stuart’s pay cuts began on 6 December, action continues, targeting Greggs, McDonald’s and KFC. Pickets ask couriers not to accept or pick up deliveries during strike times, and some sympathetic managers to turn off the delivery app. With strikes breaking out in several other towns and cities, the pressure is beginning to tell on Stuart.

Bear in mind that Stuart is a huge multinational company, part of the DPD logistics group, owned by La Poste, ultimately backed by the French state. It does not recognise the IWGB, a small independent union that many of the drivers have joined. Yet the strike and adverse media publicity have forced Stuart’s global chief executive Damien Bon and its UK general manager Mark Hamill to have a meeting with Justin Madders, the Labour shadow minister for workers’ rights.

It is hoped that this will lead to a reversal of the 24% pay cut on the basic delivery rate and recognition of the union. If not, then what is already the longest gig economy strike in the UK will continue, spread and intensify. To do that, the IWGB urgently needs trade union donations to fund the strike action. You can donate by BACS to: Account name: Couriers and Logistics branch; sort code: 23-05-80; account number: 17001094