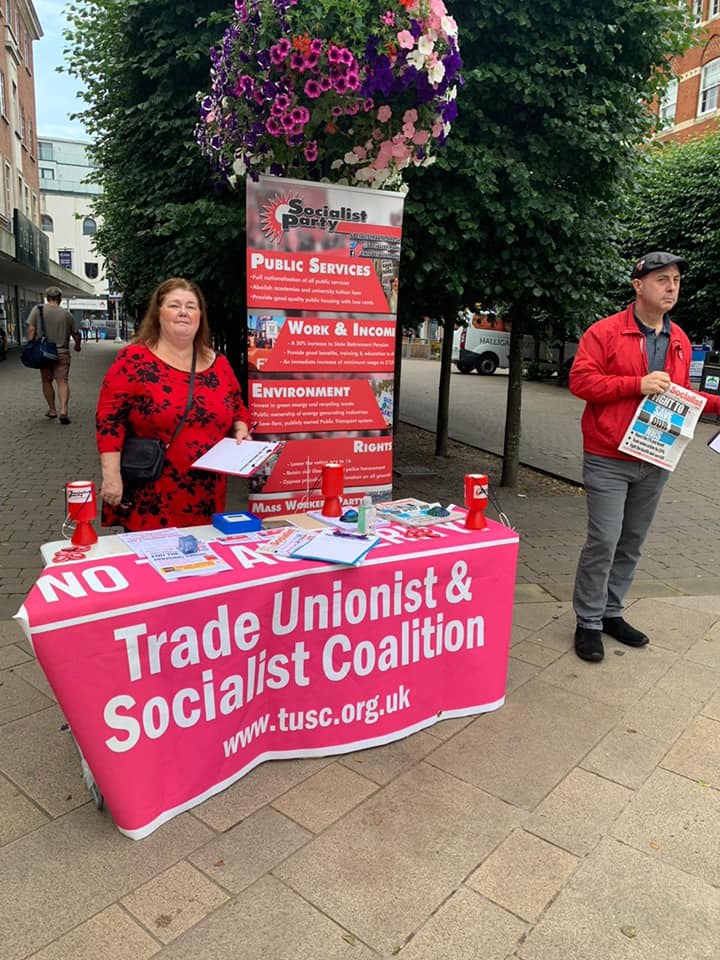 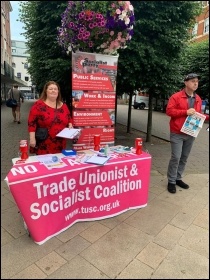 Every week we hear about cuts to services – local bus services, public toilets closed, older people’s homes closing, community centres – the list goes on. This is on top of cuts by stealth – ‘efficiencies’ forced on public sector workers, and cuts in support for special educational needs (Send) children, mental health and other services.

With 14 trade union branches affiliated, Save Our Services in Surrey has battled against cuts in services for years. The campaign has met online throughout the Covid pandemic, but now we have decided that we need to be out campaigning.

We also agreed to develop a People’s Budget for Surrey, and encourage supporters, trade unionists and community activists to stand as council candidates. The campaign hopes for a surge in anti-cuts candidates in future years, particularly the county council elections in 2025.

But the Socialist Party isn’t waiting. I think candidates should come forward now and stand under the Trade Unionist and Socialist Coalition (TUSC).

I’m standing in the Stanwell North by-election on 23 February. And Surrey Unison has already written to all its members encouraging them to stand too.

The meeting didn’t mind what party or banner candidates stand for, as long as they support a People’s Budget. But TUSC is the only force standing that fully backs no cuts.

We have called a conference on 25 June, and will invite every trade union, anti-cuts campaign and community organisation we can reach. It is time for the voice of ordinary working-class people to be heard in the council chambers, and for a line in the sand to be drawn to protect our public services and public sector workers.