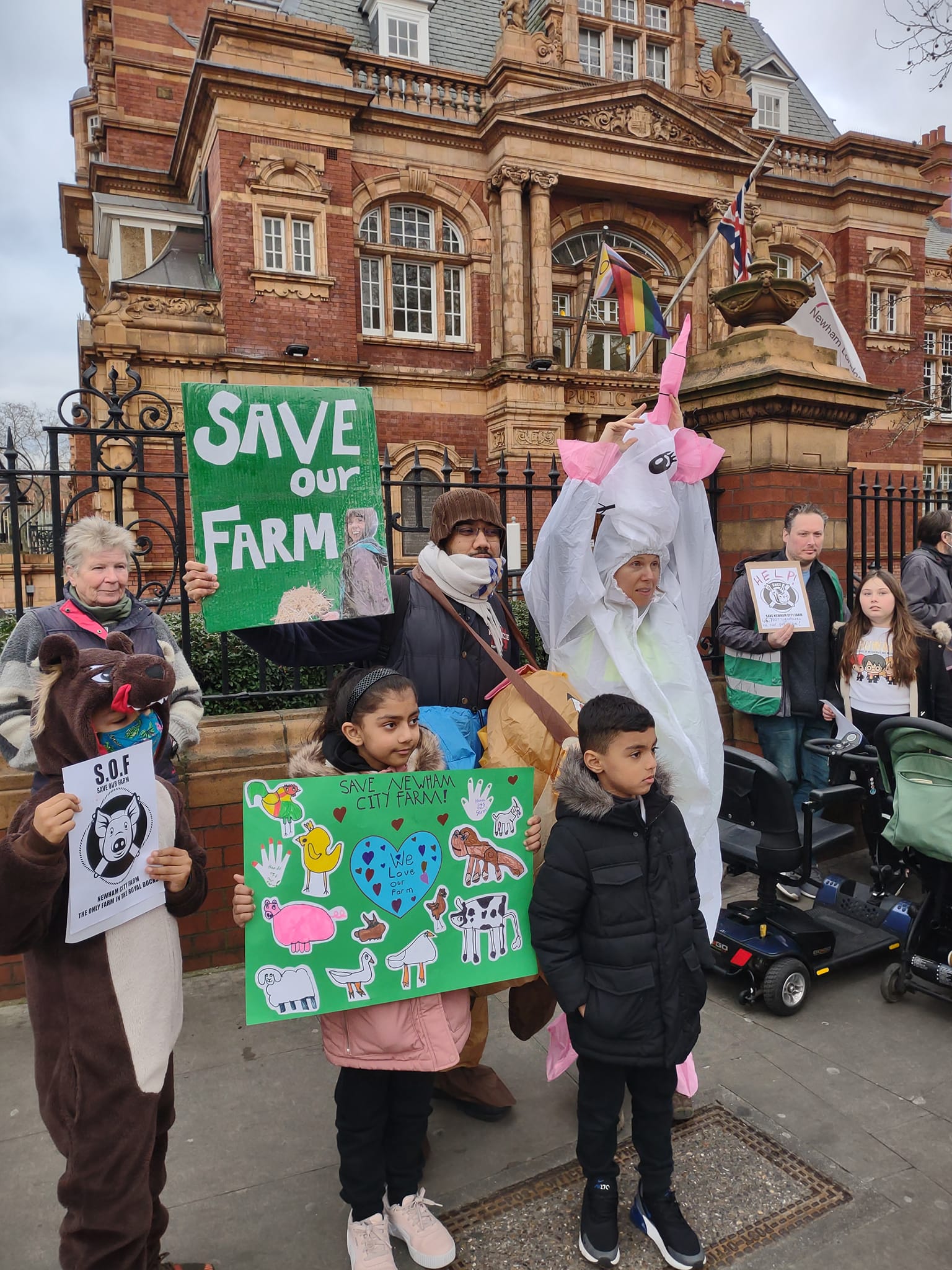 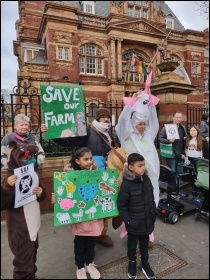 Newham City Farm, run by the local council, has been a well-known community and educational resource in east London since 1977. Generations of local school children and residents, in an overcrowded and poor urban borough, have visited the home of farm animals, beehives and pond wildlife.

But the city farm never reopened when the coronavirus lockdown ended. Newham council cabinet, with no community consultation, voted to close it in September.

100 protesters – including local residents and children, with many in animal costumes and masks – turned up to lobby a meeting of the council cabinet on 8 February. The council has ignored a petition signed by over 46,000 people opposing closure.

With only 90-minutes notice, campaign organisers were denied a deputation to the cabinet meeting. Alison McLucas asked to attend via Zoom after contracting Covid, but the council said no.

Lois Austin, east London Socialist Party, also addressed the crowd, condemning the council’s closure of many community resources and facilities. The council made £25 million cuts last year, yet it has hundreds of millions of pounds in reserve.

Lois added that the Trade Unionist and Socialist Coalition (TUSC) will stand candidates in May’s local elections in Newham, as will others involved in Newham Resists – a coalition against cuts and for a council budget based on local needs.

The Save Newham City Farm wants to see the farm “reimagined, redeveloped, and reopened as a valuable educational and community resource”. For socialists, a reopened council site should come under real democratic local community control, involving trade unions, which would include a discussion and agreement about animal welfare and how an ethically run ‘farm’ should look today.