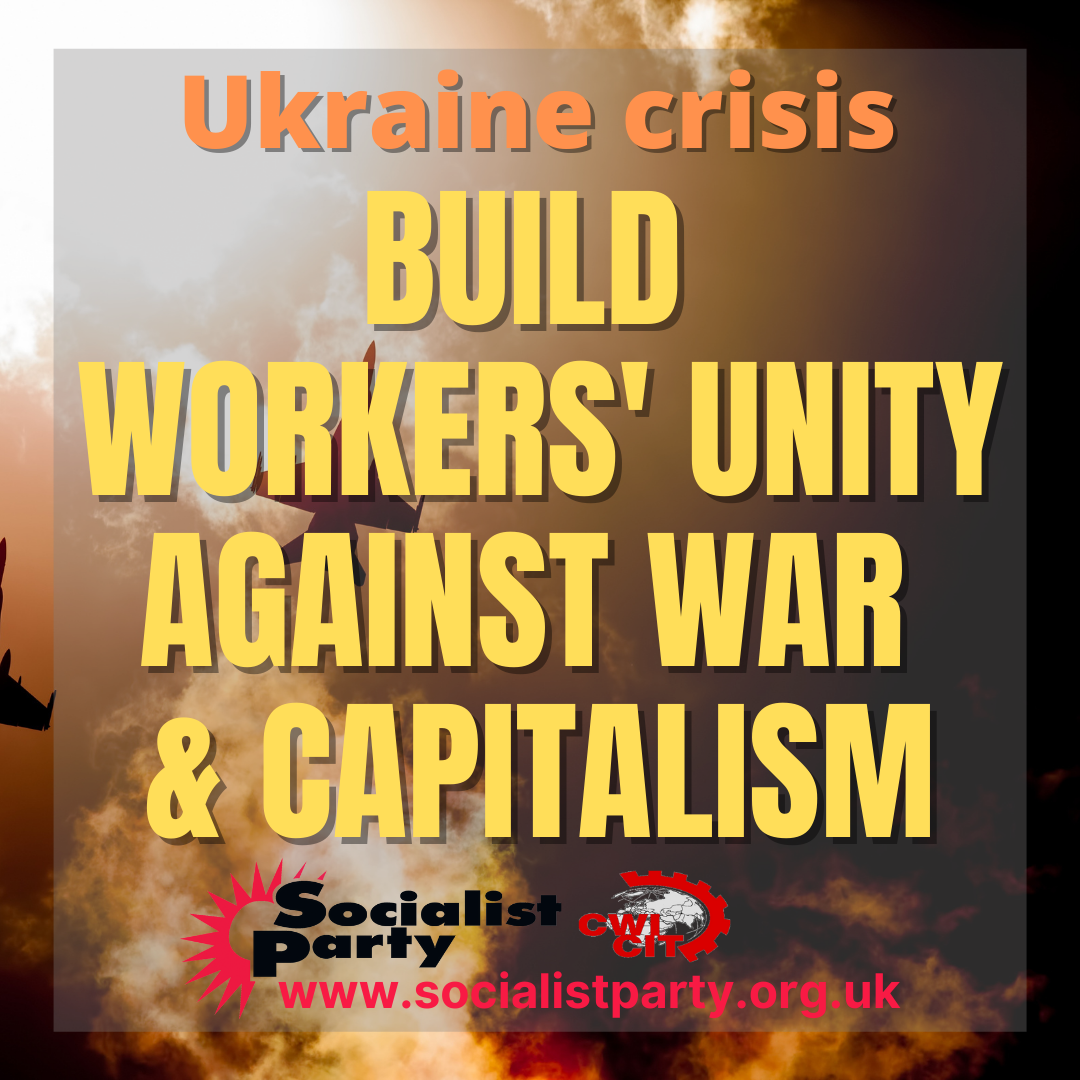 War is the inevitable consequence of an international capitalist system based on profit, exploitation and oppression.

The main beneficiaries of war in Ukraine will be the billionaires and the oligarchs, the bosses of the arms industries and the capitalist profiteers.

It will be workers and ordinary people who will suffer: killed and injured by bombs and missile attacks; forced to uproot themselves and flee their homes.

This, on top of the economic problems they were already facing under the Zelensky government, backed by rich Ukrainian oligarchs.

Putin’s invasion of Ukraine is in part to divert attention from the growing anger by workers in Russia at the economic crisis his regime has presided over.

He’s terrified that an uprising of workers, like the one in nextdoor Kazakhstan, could overthrow his rotten, authoritarian, gangster-capitalist rule.

And here in Britain, rising oil and gas prices and economic instability resulting from the war will be another turning of the screw in the cost of living crisis. We have already seen energy, food and other prices go through the roof, while the rich get richer under Boris Johnson’s watch.

Johnson and the Tories have been happy to take the dirty money of rich Russian oligarchs to fund their party. Both Tory and Labour governments have welcomed them into Britain with open arms. The same governments that have waged brutal wars in Iraq and elsewhere, to defend the profits and prestige of their capitalist backers.

Working people can have no trust in pro-big business capitalist governments to defend our interests whether in Ukraine, Britain, or in Russia.

We need to build workers’ unity and international solidarity in a struggle to kick out the warmongers and the profiteers.

That means also building mass workers’ parties that can offer a real political alternative to the defenders of this unequal and brutal capitalist profit system: a socialist alternative that doesn’t just seize the assets of the Russian oligarchs, but takes economic control out of the hands of the major monopolies and the entire super-rich capitalist elite, so that society can be democratically run by the working class in the interests of the majority, based on planning and cooperation, not the cut-throat competition in pursuit of profits and prestige that causes poverty, exploitation and war.

The above is a front page article from the Socialist which was drawn from the text of a Socialist Party leaflet.