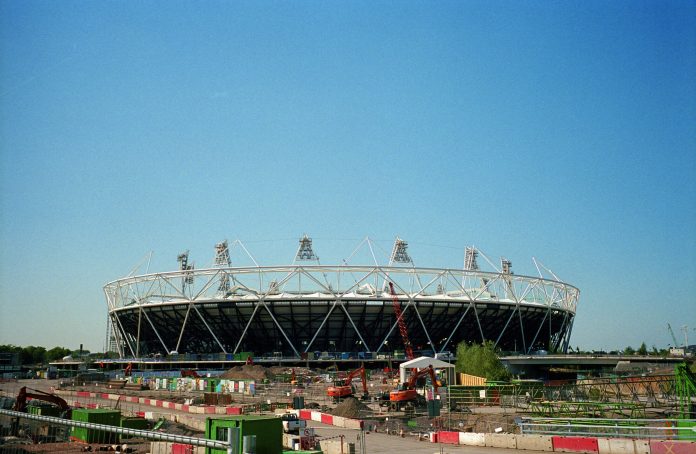 Ten years ago, I took my excited young son to the opening day of the Olympic Games in east London. As local residents, we were able to successfully apply in a ticket lottery.

For thousands more visiting the sports event, and the millions watching on TV, it was two weeks of spectacle. And many people will fondly remember director Danny Boyle’s opening ceremony, which celebrated the NHS.

But what about the much-vaunted Olympic ‘legacy’ promised by successive Labour and Tory governments? A devastating report by Oliver Wainwright – an architecture and design critic – revealed “how London’s Olympic legacy was sold out.”

Sebastian Coe – a former Tory MP and chair of London’s Olympic organising committee – promised “regeneration of the area for the direct benefit of everyone that lives there”, producing 30,000-40,000 new homes, “much of which will be affordable housing”.

London’s first elected mayor, Ken Livingstone, led the bid for the games, as “the only way to get the billions of pounds out of the government to develop the East End”. The target for affordable housing was set at 50%.

But after Boris Johnson became London mayor in 2008, he slashed the number of houses planned for the site, and the Tory-Liberal Democrat coalition government changed the definition of ‘affordable’ to mean up to 80% market rate.

A decade after the games, only 13,000 homes have been built. Only 11% of these are deemed genuinely affordable to people on average local incomes. The four boroughs bordering the Olympic Park – Newham, Tower Hamlets, Hackney and Waltham Forest – have over 75,000 on the council house waiting list.

Families on low income and on council housing waiting lists were displaced and relocated from Newham by the council in the run up to the Olympic Games. Some were forced to move out of east London, including to the north of England, far from relatives and friends.

An area of council homes and tower blocks – Carpenters Estate, just south of the Olympic Park – was depopulated and allowed to run down by Newham council. In 2014, young single mothers, facing losing their homes, were joined by activists in a week-long occupation of empty properties on the estate.

Last year, in the midst of the Covid pandemic, Newham council and its housing company, Populo Living, spent at least £350,000 on campaigning for a ‘yes’ vote for ‘regeneration’ on the estate. Campaigners had no access to public funds. The ballot result means almost 60% of the estate will be demolished.

This is not the first time that local people in the Olympic Park area have been treated with contempt. To make way for the Olympic site, 280 small businesses, employing 5,000 people, were largely forced out.

Genuinely affordable places to live in Clays Lane, a housing cooperative near where the Olympic velodrome now stands, were demolished in 2007. 450 low-cost tenancies were lost. The net gain built since 2012 is estimated at a mere 100 genuinely affordable homes.

Building the Olympic athletes’ village was taken over by the government after the private developer ran into financial crisis in 2008. The village was sold off again in 2011 for half of the cost to build – a £275 million loss to the taxpayer.

In the Olympic Park, the price for a one-bed flat starts at £465,000, and £1 million for a terrace house. Many residents are tied to costly energy contracts with East London Energy, which has a 40-year monopoly over the park.

Residents at L&Q housing association report that their flats have many defects. They pay a ‘fixed estate charge’ for the upkeep of the Olympic Park – £1,357 a year for a three-bedroom flat, plus a £2,500 service charge to L&Q.

Under the Tories, the Olympic Park bequeathed massive loss-making ‘icons’. The ArcelorMittal Orbit, named after its steel-tycoon sponsor, offers a climb to the top of the tower and a slide down again for £17. It costs £10,000 a week to maintain. It has at least £13 million of debt.

The Olympic stadium cost £486 million to build, and was later converted into a football stadium for another £274 million. The new home of West Ham football club costs the public £10 million to operate each year.

The monstrous MSG Sphere, which will be built in a densely populated residential area near Stratford station, is another woeful Olympic legacy. The enormous new Vegas-style music venue will have events throughout the day and night.

The outer surface of the huge sphere will be used for advertising, causing unprecedented light pollution. Even most local councillors who sit on the London Legacy Development Corporation opposed the MSG Sphere. But it went through on the approval of unelected appointees.

What about participation in sports and exercise? This has also been sacrificed on the altar of big business.

Since the Tories came to power with austerity in 2010, there has been an almost 50% drop in funding for grassroots sports. With local government funding cut by 60%, publicly owned swimming pools, parks and other leisure facilities have been hit hard. And the number of PE teachers has fallen.

Newham has some of the lowest levels of adult physical activity in the country. In 2017-18, just over half of residents were getting the recommended 150 minutes of moderate exercise per week. The proportion of London children classed as overweight or obese is highest in the poorer east and northeast boroughs, such as Newham at 44%.

The Socialist Party calls for the entire Olympic Park to be brought into democratic public ownership. This would allow genuinely affordable housing for thousands of local families, and the park’s sporting facilities and recreational sites free or at cheap cost for the use of local people and visitors. This would be an Olympic legacy really worth the name.