Socialists in the RMT: Worldwide capitalist crisis - what do socialists say?

A decade ago, following the financial crash, the Financial Times congratulated capitalism for luck that "the left" was "missing in action"

The success of the Socialist Party's special appeal has resulted in our Fighting Fund £25,000 national target for the present quarter being achieved halfway through the campaign period! 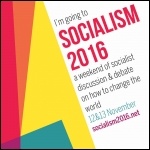 Iceland's economy is growing again after the deep recession that struck in 2008. But the economic and political crisis is far from over, writes Per-Åke Westerlund. From Offensiv, newspaper of Rättvisepartiet Socialisterna (CWI in Sweden). 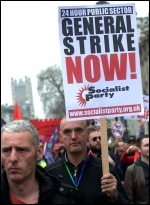 In a recent address to the Canadian parliament, David Cameron bluntly said: "Growth in Europe is stalled. Growth in America has stalled. The effects of the Japanese earthquake, high oil and food prices have created a drag on growth. We're not quite staring down the barrel, but the pattern is clear". 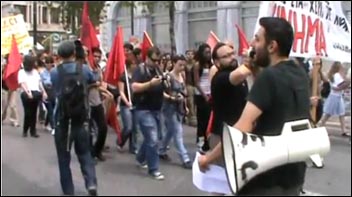 Greece has recently experienced a barrage of strikes by different sections of the working class - involving transport workers, teachers, some council workers, taxi drivers, mental health workers and others - against the Pasok government's latest austerity measures...

THE ECONOMIC and political crisis in Greece and other member countries of the eurozone has thrown the single European currency into its deepest crisis since its introduction in 2002, writes Kevin Parslow.