It seems all wings of the labour and trade union movement have renewed interest in cooperatives. During Jeremy Corbyn's leadership of the Labour Party, cooperatives were given considerable emphasis

Ninety years ago the world was tipped into the 'Great Depression'. The Wall Street Crash saw stock markets descend into free-fall while banks failed. The capitalist economy slumped and the nightmare of mass unemployment for the working class became a reality. 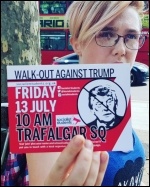