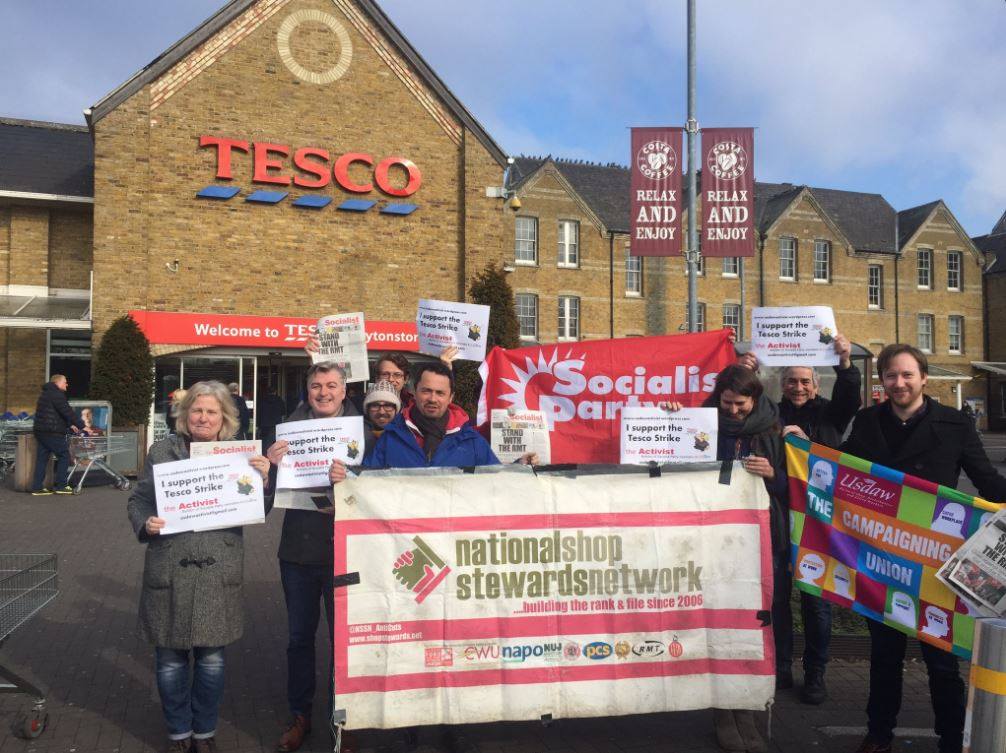 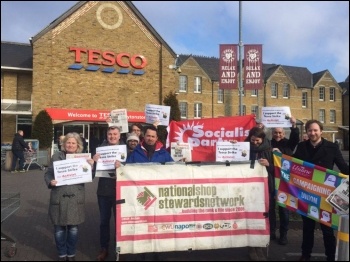 Solidarity from the NSSN in London photo Paul Callanan   (Click to enlarge: opens in new window)

Up to 15 Tesco stores in Ireland took strike action on Valentine’s Day 14 February after members of the trade union Mandate, which represents more than 10,000 workers at the company, voted 78% in favour of a walkout over contract changes.

The changes Tesco Ireland is attempting to force through without agreement affect approximately 250 workers employed before 1996. The new contracts would result in some workers experiencing reduced incomes of up to 15%.

Tesco began its attack on pre-1996 staff more than one year ago when they intimidated and bullied more than 900 workers out of their jobs through a redundancy programme. Strike action was narrowly avoided then.

The remaining 250 workers want to stay in the company on the contracts they have, but the company is insisting they accept reduced terms and conditions.

This followed moves at Tesco in the UK to drive down terms and conditions last year when hundreds of staff lost out as a result of the pay deal, which caused pay cuts in overtime, weekend and night premiums.

Meanwhile, Tesco reported that it had its best sales growth, winning market share for the first time in five years at the end of 2016. This profit was further boosted by the Christmas sales meaning that Tesco is on course to deliver a profit of “at least” £1.2 billion for 2016-17.

We support Tesco workers in Ireland and their trade union Mandate for taking this action. And we call on Usdaw, the shop workers’ union in Britain, to raise solidarity and discuss industrial action so that the strength of the 160,000 Usdaw members in Tesco is used to fight against low pay and attacks on conditions.