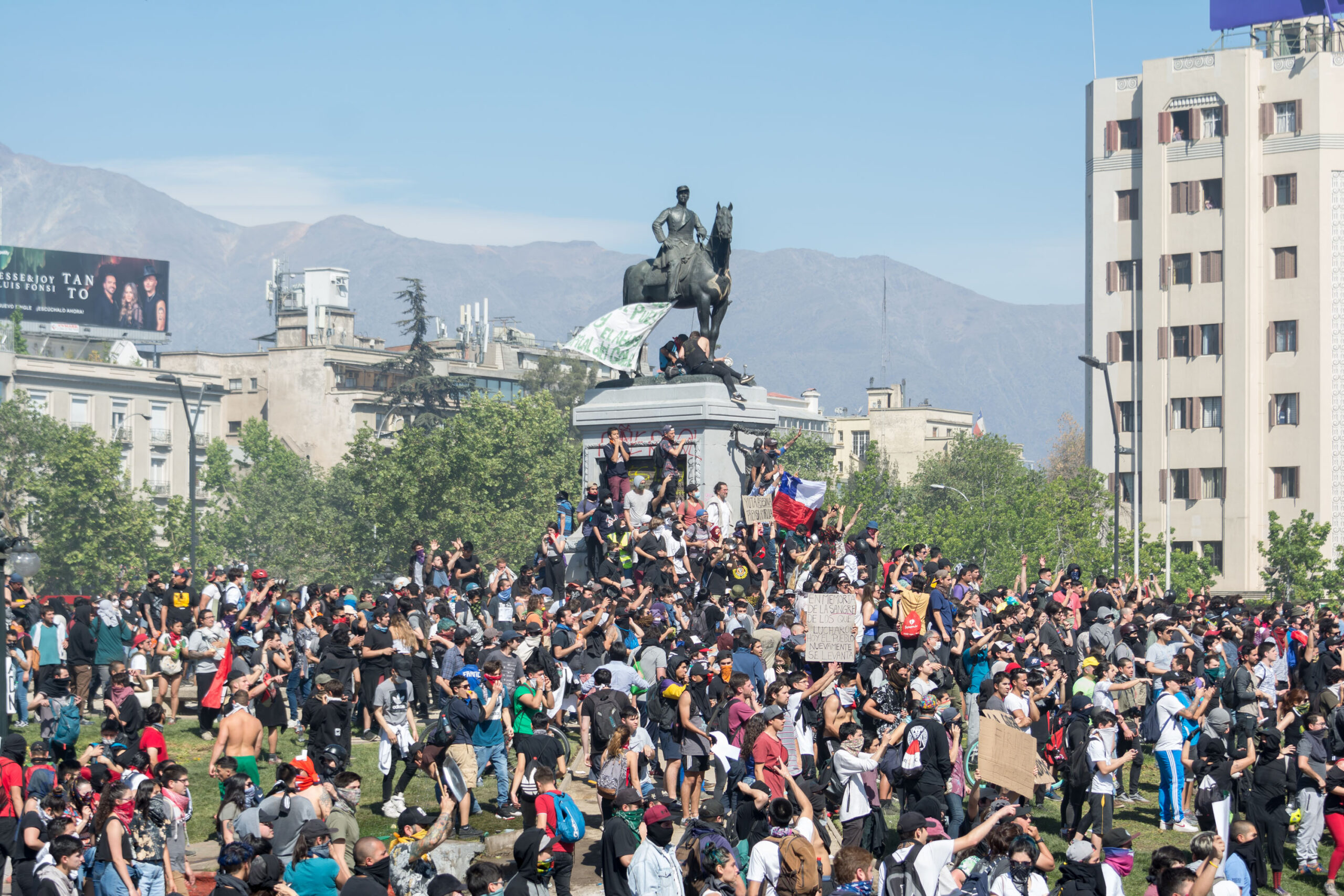 A human sea of Chilean workers, youth, students and others flooded onto the streets of central Santiago on 25 October. It was the largest demonstration in Chilean history. Up to two million demanded the end of Sebastian Piñera’s government and the convening of a constituent assembly.

This monster march followed two days of mass protests and strikes. This revolt is taking place in face of the deployment of the army onto the streets and brutal repression not seen since the dark days of the Pinochet dictatorship.

In the face of this mass revolt by the population, Piñera – who initially proclaiming the country was “at war” – has been compelled to offer concessions, ask for the resignation of his cabinet, and lift the curfew.

He pathetically apologised to the Chilean people. In an act of gross hypocrisy he said how “happy” he was at the protest on Friday because it was “peaceful”. “We have learned and we have changed” he declared before scurrying back into the sanctuary of La Moneda presidential palace.

Appetite comes with eating. None of the concessions so far made by Piñera are enough to satisfy the Chilean masses who want him, his government and the ruling elite he represents gone.

Reflecting the collapse of credibility of the government the Mapuche (indigenous) people have declared that they no longer recognise it and will establish a government in their own territories. They also declared support for a constituent assembly involving Mapuches and non-Mapuches.

This social revolt in Chile has not dropped from the sky. It is a revolt against more than 30 years of vicious anti-working class, neoliberal policies (deep public spending cuts, privatisations and deregulated markets, etc) being applied in Chile.

Since the end of the dictatorship in 1989 the neoliberal politics of Pinochet’s junta (1973-89) have been continued by all governments. It has resulted in an ever growing gap and inequalities between the rich and the poor.

Yet a relatively high growth rate in the economy resulted in Chile being regarded as one of the most stable Latin American countries.

Piñera and his government have been forced into a humiliating retreat, lifting the state of emergency and the curfew. However, they are not yet driven from power and capitalism still remains. The state machine is riddled with laws and supporters of the former regime.

The demand for a constituent assembly as a means of achieving democratic rights and ending the abusive exploitation of workers and their families, has won mass support.

Despite the brutal repression, the sweep of the movement and the issues involved have begun to have an effect on sections of the state machine. Numerous incidents of soldiers joining protesters or refusing to carry out repression have taken place.

This massive movement has been a spontaneous uprising, not initiated or led by any party or social organisation at this stage. The betrayal of the Chilean workers and masses by all of the political parties which have defended the existing system is understandably reflected in a deep suspicion and even hostility to the idea of a political party and organisation.

At the same time the absence of a mass party of the working class with a revolutionary socialist programme to take the movement forward is also the weakness of this movement.

It is urgent that this struggle be channelled into a revolutionary movement to bring down Piñera and the Chilean ruling class and establish a government of the working class and poor with a socialist programme to break with capitalism.

A revolutionary socialist programme and organisation is urgently needed. Such a programme needs to include: