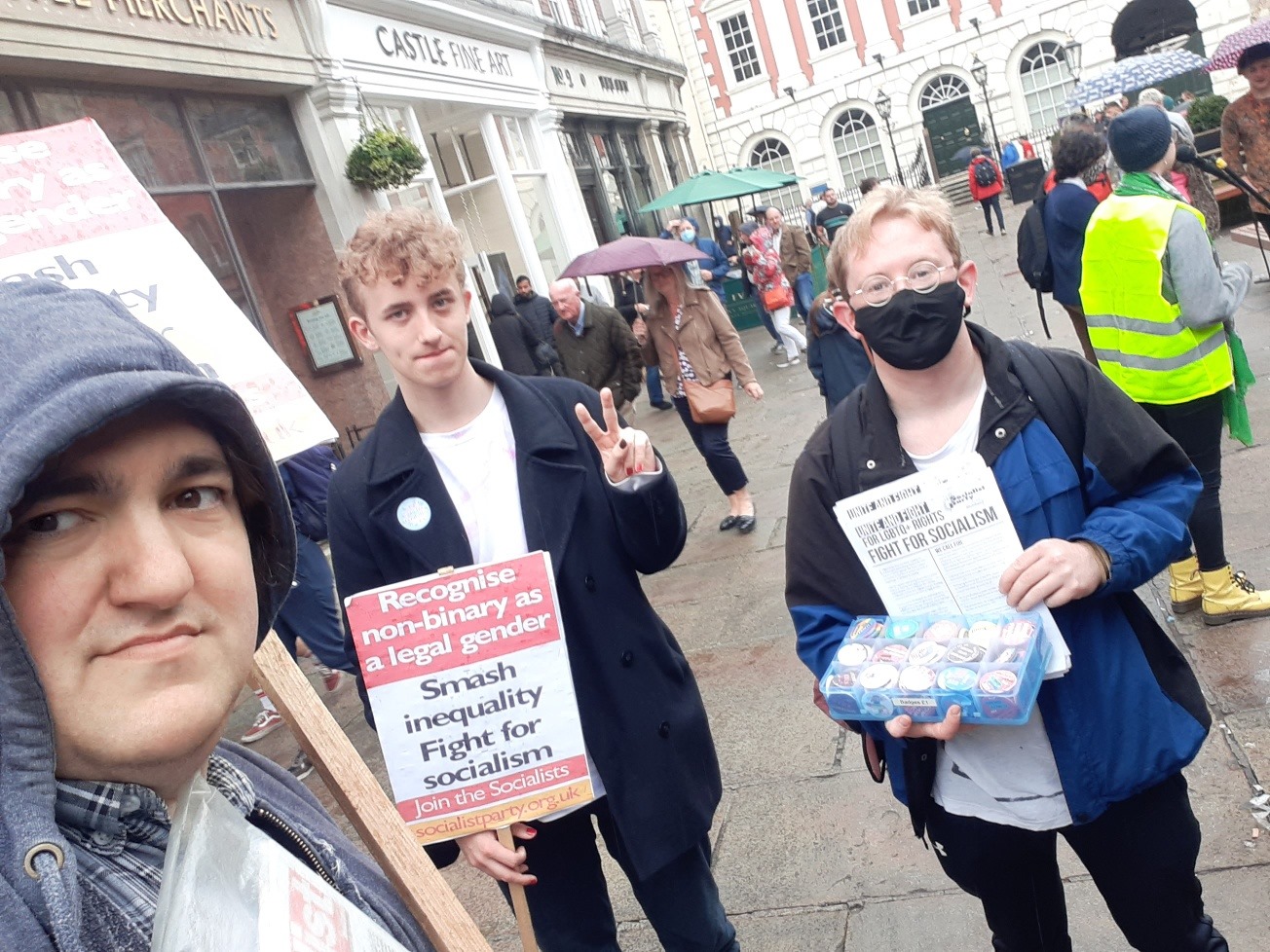 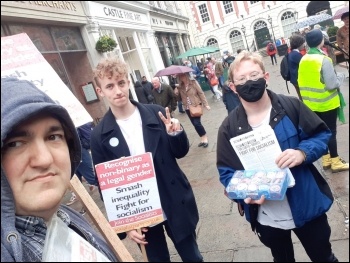 On 19 September, 40 people protested for the legal recognition of non-binary people, and to end trans discrimination under the current Gender Recognition Act. Earlier this year, the government rejected a petition to legally recognise non-binary people. This decision has worsened the situation for non-binary people, who have been let down by cuts to health services, and by the education system.

This appalling situation we are in means we need change. We need to fight for the legal recognition of non-binary people and end the struggles they face. The only way to do that is through unity, solidarity and cooperation.

To win the resources needed to improve services for non-binary people, we need to take the wealth out of the hands of the big corporations and business in society, and instead run society under the democratic control of the working class, which could fund decent jobs, housing and services for all.